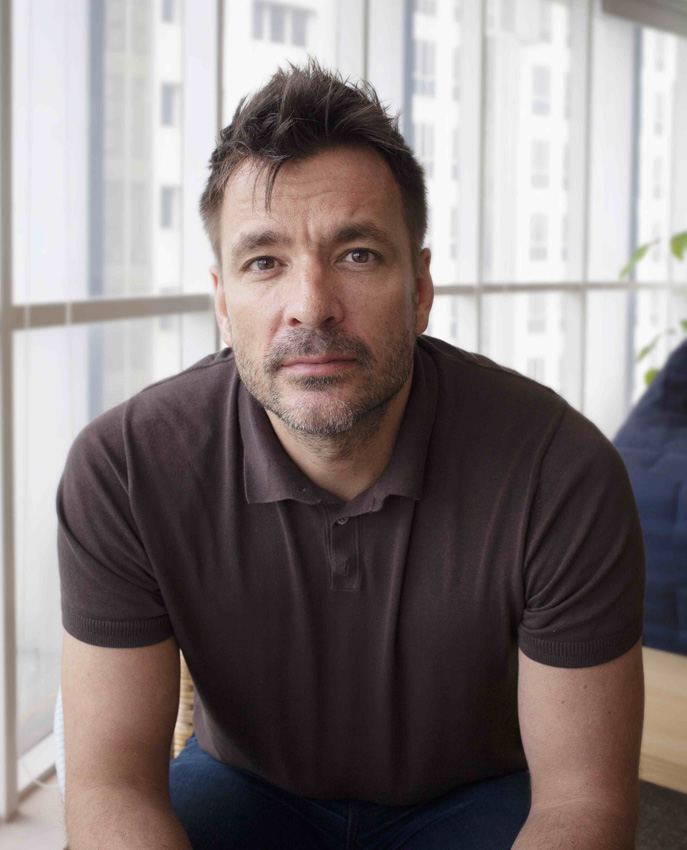 Campaign Brief Asia recently spoke with Grey Malaysia’s Graham Drew about the global success of ‘Your Plastic Diet’ for WWF and his appointment as Global ECD for Carlsberg, a role he is juggling from his home base in Kuala Lumpur.

Before upping sticks from London to KL, Drew founded VCCP Kin in London, the branded content arm of VCCP, and Resonate, the consumer PR offering of Chime Communications.

He is joining the final jury at AD STARS 2020, with winners to be announced online on 22nd August.

It’s been five years since you took the creative reins at Grey Malaysia. What are the biggest challenges you’ve overcome?
I think the biggest challenge in any agency is trying to retain a sense of perspective about what it is we actually do. We don’t make ads, we solve problems. We do this by coming up with ideas and bringing them to life. That’s not for a second to say that it isn’t sometimes really stressful, often all-consuming and daylight sapping – it absolutely is. When your nose is at the grindstone it’s hard to appreciate that we get to pull stuff out of our heads and use craft and talent to make them real. Too often it feels like a production line and it’s just ‘on to the next one…’

Trying to create a culture where people are given the space and the fuel to feel inspired enough so they can surprise themselves with something to be proud of – it’s an ongoing battle that every ECD wakes up to.

You once said that you’re “making the most exciting work of my career here”. Any achievements/campaigns you’re proudest of?
I’m most proud of what my team is becoming, bit by bit we’re getting better. Our ‘Your Plastic Diet’ project with WWF is something that grew bigger and wider than any of us could have imagined. It’s a campaign that has turned into a genuine force for change – it’s not just clever or well crafted – it’s made millions of people from over 180 countries get up and do something. You can’t ask for anything more. 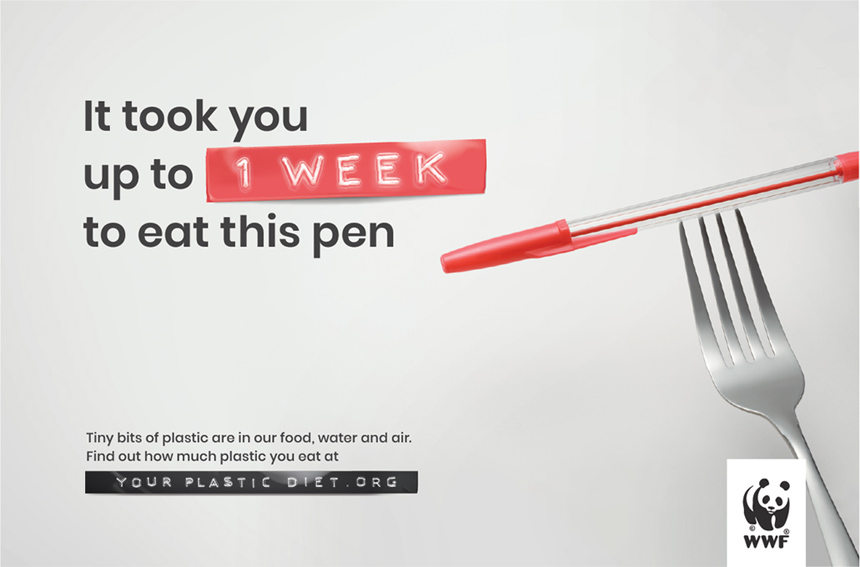 Why do you think KL is such an exciting market to be working in: what are your biggest opportunities as an agency?
When I tell people I’m in KL I often get a quizzical look. It’s not Hong Kong or Singapore or Tokyo? It’s not the traditional Asian hub and I won’t lie, that makes attracting talent an issue. But that means that we’ve had to grow and evolve from within, in our own way. It’s made us really tight as a team, and not just the creatives. Irene (CEO) and Sam (CFO) have had my back on countless occasions, that’s rare and valuable and vital. It’s also working – our work is increasingly punching above its weight on the global stage.

Outside of work, I just love it here – it strikes the right balance of rough edges, inspiring street corners and amazing locations an hour away. We have a young family and being able to give my girls exposure to such a rich and diverse part of the world is priceless. And the food. Of course.

Are you working on anything interesting right now (personally or professionally)?
We’ve all experienced the vital nature of digital in the past few months so it’s great to be working with Telekom Malaysia – they are the digital backbone of the country, what they do and the role they play in society is more vital than ever. I also recently became the Global ECD on Carlsberg. The opportunity to work on such an icon of our industry is a real privilege. This week, I’m remote directing a new film in Copenhagen via live feeds – Covid sucks, but it’s forcing out all these new ways of doing things that we’d never have considered before.

You began your career in PR. How do you think this has shaped your perspective as an ECD?
When you’re in PR you learn to sell a story. There is no paid media, so if it’s not compelling, if people don’t want to talk about it, it doesn’t exist. My first boss, Daniel Cohen, gave me such a good foundation in how to build in the elements of a story, a proper education. We’d spend days with lists of journalists’ numbers, calling them up and trying to convince them – ask any PR person, it’s bloody brutal. Today it’s called ‘Earnt Media’ and it’s everything. When I first went to Cannes in 2009….all the big winners are actually PR campaigns, but better polished. That’s even more true today. If you assume your work can’t be paid to be looked at, it’s always going to be stronger.

Were you always creative, even as a kid?
Isn’t everyone? I think some of us just learn to express it better. The creative is the child that survived….which probably also explains how messy our desks are.

Do you have a creative process: is there a way that you tackle a brief?
It’s totally random really – but if I think about it, maybe three things:

1) I’m a firm believer in getting down your instant reaction to a brief – so many times, it’s right. It’s easy to get seduced into two weeks of chin stroking, but if you can create some internal urgency when you first see the problem – it’s precious. Find a place, on your own, take 30 mins and scribble furiously in your notebook. Then go talk to your partner.

2) Subconsciously I think I always look for the angle of ‘why would anyone talk about this?’ It’s a great stress test of an idea.

3) The best ideas never happen in a meeting room. They happen when you are talking about something else, when someone says something totally unrelated that sparks a fuse you never saw coming. Go somewhere without a ceiling, talk about anything, that brief is in your head anyway, go off on tangents – meanwhile your brain will be working on it without you knowing and maybe spit out some sparks.

Malaysia recently emerged from lockdown. Did you learn or discover anything new while working from home – any new hobbies or epiphanies?
I heard a great quote: ‘It’s a tragedy to waste a crisis’. Amongst the tragedy and awfulness – which is very real – I also think that it feels like a moment not to waste wishing for things to go back to exactly as they were. All this forced introspection has exposed a lot of cracks and behaviours that were hiding in habit. Hugely overdue on a society level, but to be specific about our industry, there’s not a single CFO or CEO not thinking, ‘Hummmm, so maybe we don’t need everyone to be in the same building all the time. Nor do I really need to fly for that meeting. Maybe all my staff don’t all have to burn 60% of their salary to live in the centre of the city…’

The only new hobby is the joy of doing a full day’s work in pyjamas.

AD STARS has launched a category called ‘Pivot’ to recognise covid-inspired creativity. Are there any interesting projects taking place at Grey in response to the pandemic?
One of the most arresting things about the pandemic has been the speed of change in public sentiment. What was an amazing agile and insightful script that made the client actually clap over Zoom one day feels old and cliché by the time you make it the next week. It’s forcing us all to up our game.

The good side of that is ‘Adopt a Keg‘ for Carlsberg. It was born of an idea we were already developing in Malaysia that was on pause due to Covid. Then, on a call with Javi ( Global CCO for Carlsberg) we repurposed it from an eCommerce idea into something to genuinely help bars stay strong during lockdown. We shot, built and launched it in two weeks, it then went live from Denmark to Malaysia to Australia.

What’s cool is that we are continuing to evolve it. Recently, we turned it into a ‘Champions Keg’ to celebrate Liverpool winning the championship – now you can buy 100 beers and store your own keg on your phone. We’ve reversed into our original idea and now it’s even better.

You’re joining the jury at AD STARS 2020. What are you most looking forward to?
Seeing things from places you don’t expect doing things you’d never thought of. It’s always a frustration that we never have enough time to look at all the great work going on – you see the headlines in AdWeek….you know it’s great…then never actually read it. Being on a jury forces you to see great work and think about it – it’s often the only time we are really able do it. Then maybe someday finding a way to apply that to my own work to make it better.

The winners of AD STARS 2020 will be announced online on August 22 via ADSTARS.org. 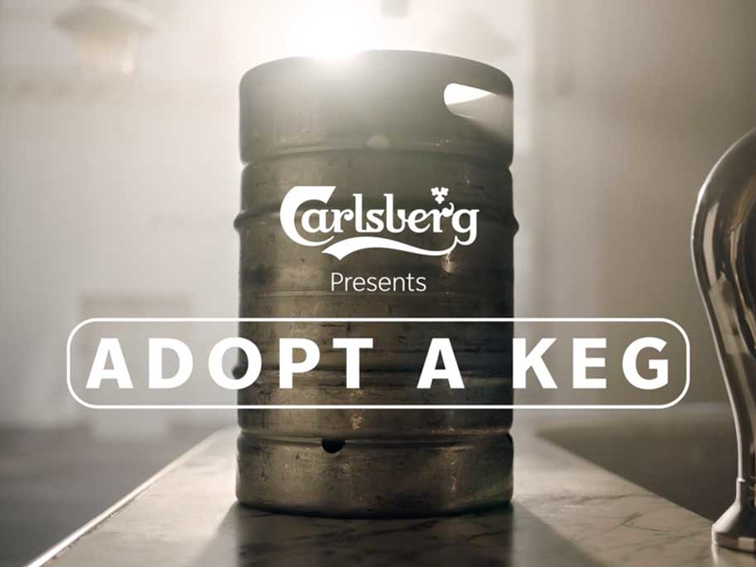