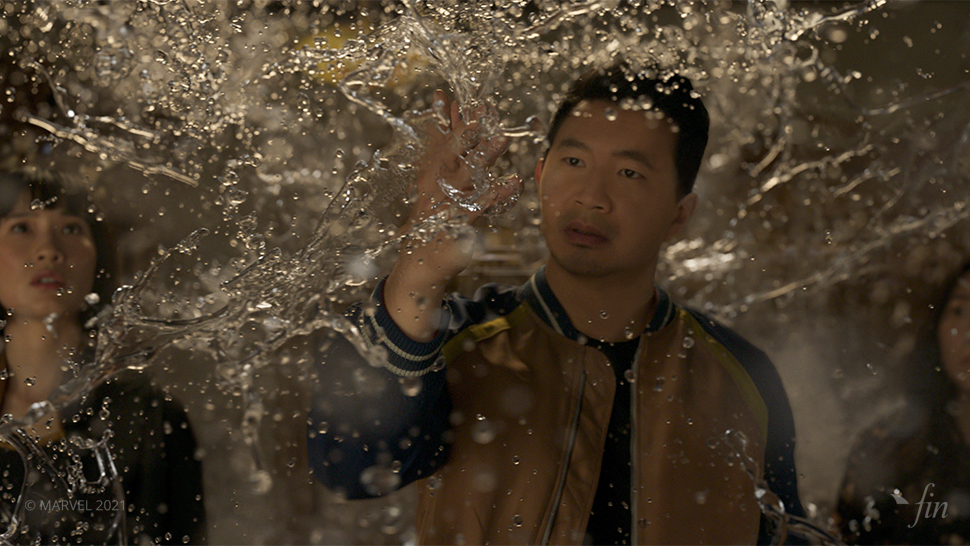 FIN teamed up with Marvel Studios, VFX Supervisor Christopher Townsend and VFX Producer Damien Carr to deliver an expositional sequence set in the Mandarin’s home courtyard. Known for combining complex visual effects with concise storytelling, FIN’s work included one of the films most sophisticated sequences; when Wenwu, played by Tony Leung, places the pedants into the eyes of the carved dragon Fin Fang Foom. This initiates water to seep from the walls and explode into the shrine room, enveloping Shang played by Simu Liu, Katy played by Awkwafina and Xialing played by Meng’er Zhang. As Shang interacts with the frozen water it falls to the floor to form a forest made of water with a myriad of bioluminescent trails revealing the path to the moon gate waterfall and the location of the Ten Rings.

FIN was involved in the project from pre-production, to on set and through to final delivery. ‘We were fortunate to have started collaborating with Chris and Damien very early on’, says FIN VFX Supervisor Roy Malhi, ‘this afforded us time to undertake extensive research into water and its behaviour. We were always sure to design our simulations based on real world elements grounded in reality, even for a brief which was very much other-worldly’. 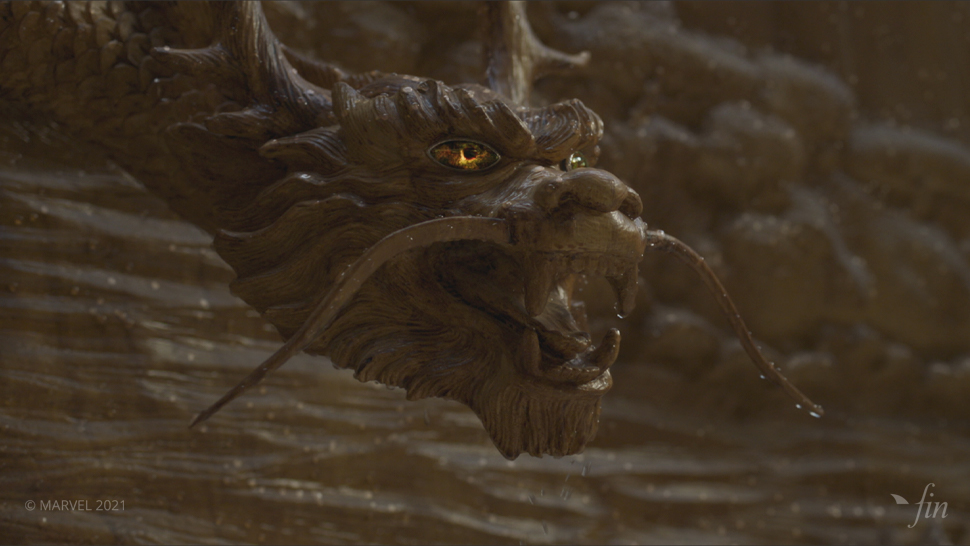 From the outset Chris wanted to produce a sequence different from the usual holographic storytelling they have done in the past continues Malhi. ‘Water is some of the most challenging and unforgiving FX work in the world of VFX. The complexity starts with the replication of the physical properties, maintaining surface tension and viscosity while performing unnatural movements this was performed using millions of particles with our in-house developed surface tension solver. Our process continued with the production of geometry that represents the surface of the water, which has incredible high fidelity and detail. This was made even more difficult when the water was in slow motion. We were very focused on adding physical complex lighting effects like caustics and interaction with every object or human in the scene for optimum integration. Striving for photographically correct realism the collisions and finished CG water have all the naturalistic nuances you’d expect to see, the result is incredibly beautiful.’ 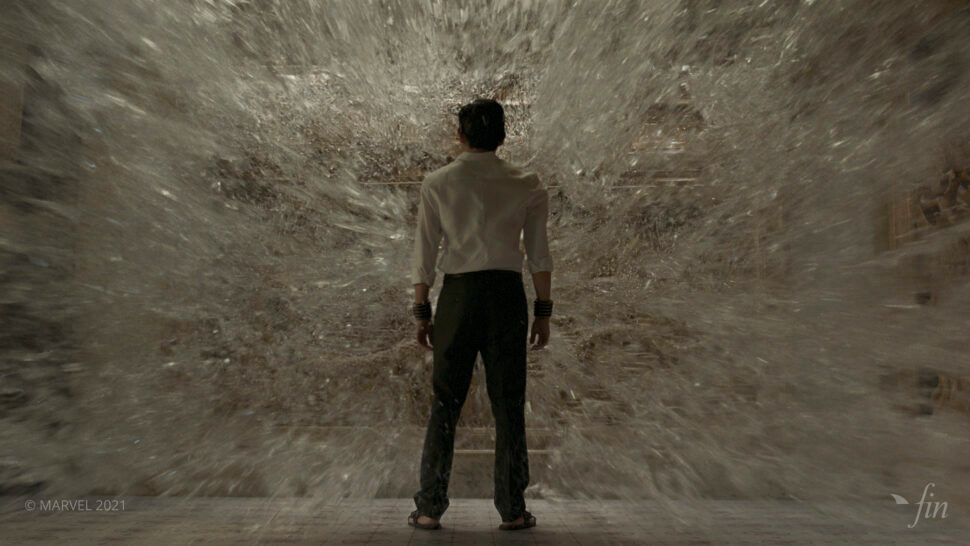 Another central task for FIN was to develop the water forest map and the bioluminescent trails that guide them through the forest to the moon gate. As the sequence is a precursor to scenes later in then film FIN was required to collaborate with the other vendors to maintain a continuity between the sequences. Malhi explains ‘For the trails again we wanted to avoid anything that looked like a hologram hence taking inspiration from bioluminescence and with the sequence based around water this was a logical fit. The intention always was for the trails to appear fluid, magical that coalesces naturally into the water forest’ 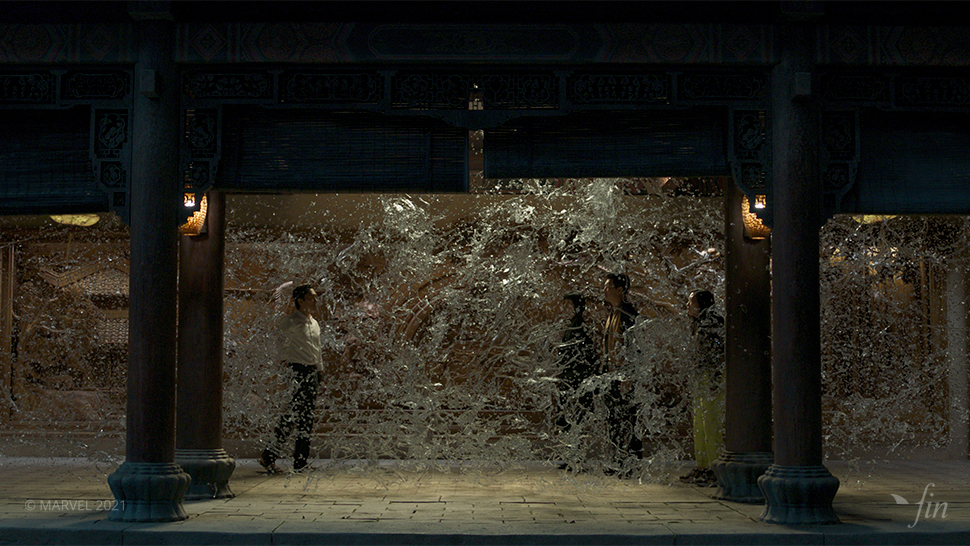 FIN has a history for delivering seamless visuals for Marvel Studios having worked on Thor: Ragnarok, and this show is no exception. Fin Head of Visual Effects Alastair Stephen says ’ We were humbled to be entrusted with this sequence and the key to its success was the collaborative approach Chris and Damien brought coupled with our exceptional artists and agile internal workflow. All our departments worked closely from assets, dev through to effects, lighting and compositing. This has been one of the most challenging and rewarding sequences we have ever produced, which has been described as the most ‘elegant’ and ‘beautiful’ moments in the film. The results are a testament to the commitment and artistry of the entire team here at FIN’.