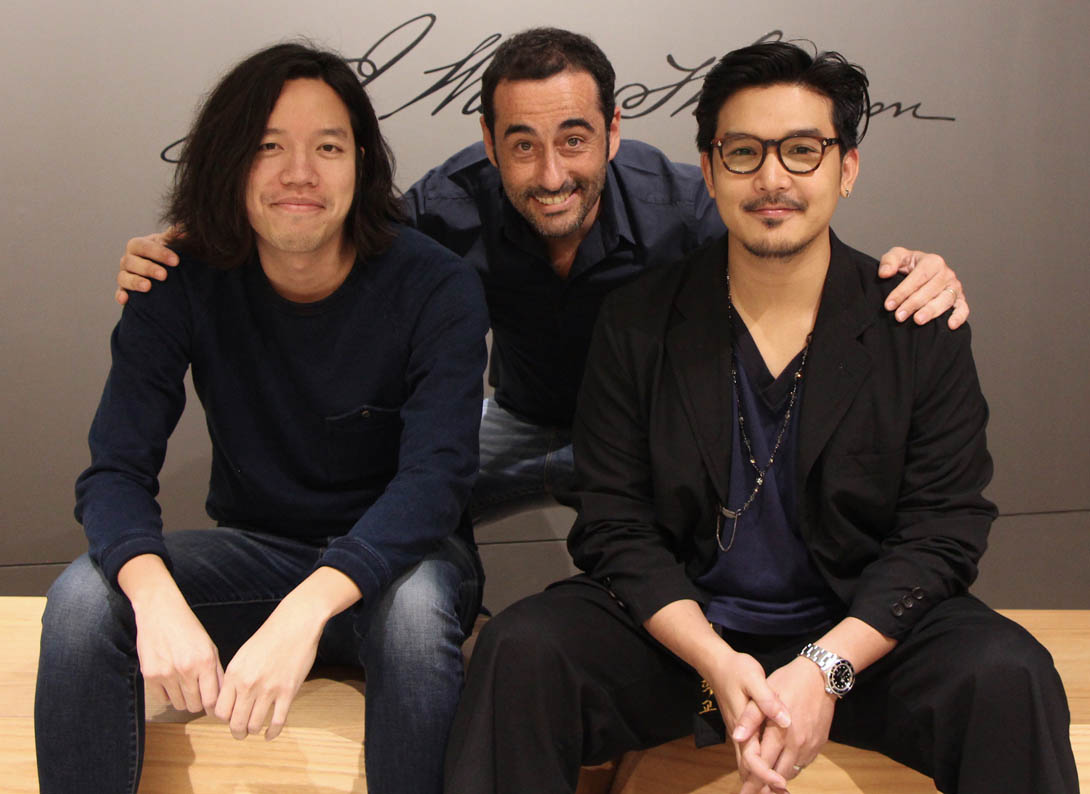 Wannasiri  (pictured left) has been in the ad business for over 12 years now, having started as a junior Art Director at FCB Bangkok. He then moved on to Leo Burnett for 5 years before joining BBDO as Creative Director where he worked on campaigns for global brands including Mercedes-Benz, Mars, Pedigree, PepsiCo, Diageo and Visa. After 2 years in the role, he’s decided to take on a new and exciting challenge as Executive Creative Director at JWT Bangkok.

Wannasiri’s work has been awarded in every major advertising show, including Lions for Entertainment, Cyber, Film, Print and Outdoor at Cannes, as well as metal from D&AD, Spikes, The One Show, Clio and many more. In 2010, he represented Thailand at the Cannes Young Lions. He’s also been a judge at Cannes, Spikes and Adfest. His father has always been his life’s biggest inspiration, passing on to him the Buddhist teachings that lead to his life-long motto: ‘Work hard, stay humble’. Park obsesses about fashion, cooking, coffee and Star Wars.

Boonyanate (pictured right) started his career at JEH United (Grey n J United) working on that year’s most talked-about TVC ‘Sorry, Thailand’. It won the hearts of Thai people and both the Best of Lotus Roots and Best TVC at AdFest. Other prominent projects followed, such as ‘The Other Side Project’ and ‘The Chase’ for HomePro, which received local and international recognition at AdFest, Spikes, the One Show and a Gold at the Clio Awards. The ‘Blind Taste TV’, a TV show with more than 200 episodes and the ‘Storybook for all eyes’, both for the Thai Association for The Blind won again at the Adfest, Spikes and the One Show.

After 6 years in Thai advertising, he decided to try the new and challenging pace of Shanghai and joined Fred&Farid as Content Creative on global accounts like Hewlett Packard and Absolute Vodka. He then moved on to BBDO Shanghai as Creative Director for Wrigley’s Doublemint, launching their biggest ever campaign in China. The ‘Wrapper Connection’ had more than 500 million views online and the interactive wrapper gallery generated over 5.8 million interactions, winning an Effie in Greater China. He is now back in Bangkok. For him, no award is better than winning people’s hearts.

J. Walter Thompson Bangkok managing director Parattajariya Jalayanateja commented, “Park is very talented not only at the idea level but also at bringing fresh strategic thinking to the table. Thasorn brings in great energy with strong hybrid creative skills and cross-cultural experience. Both are dynamic and multi-faceted talents who are an ideal fit with our agency vision for the future.”

Braga (pictured above centre) added, “We’ve had an influx of new creative talent join us in the past few months, and Park and Thasorn are the perfect match to lead JWT Bangkok into this new chapter. They’re both super talented, free-format creatives, always hungry to make an impact in everything they put their brains to, and hands on.”