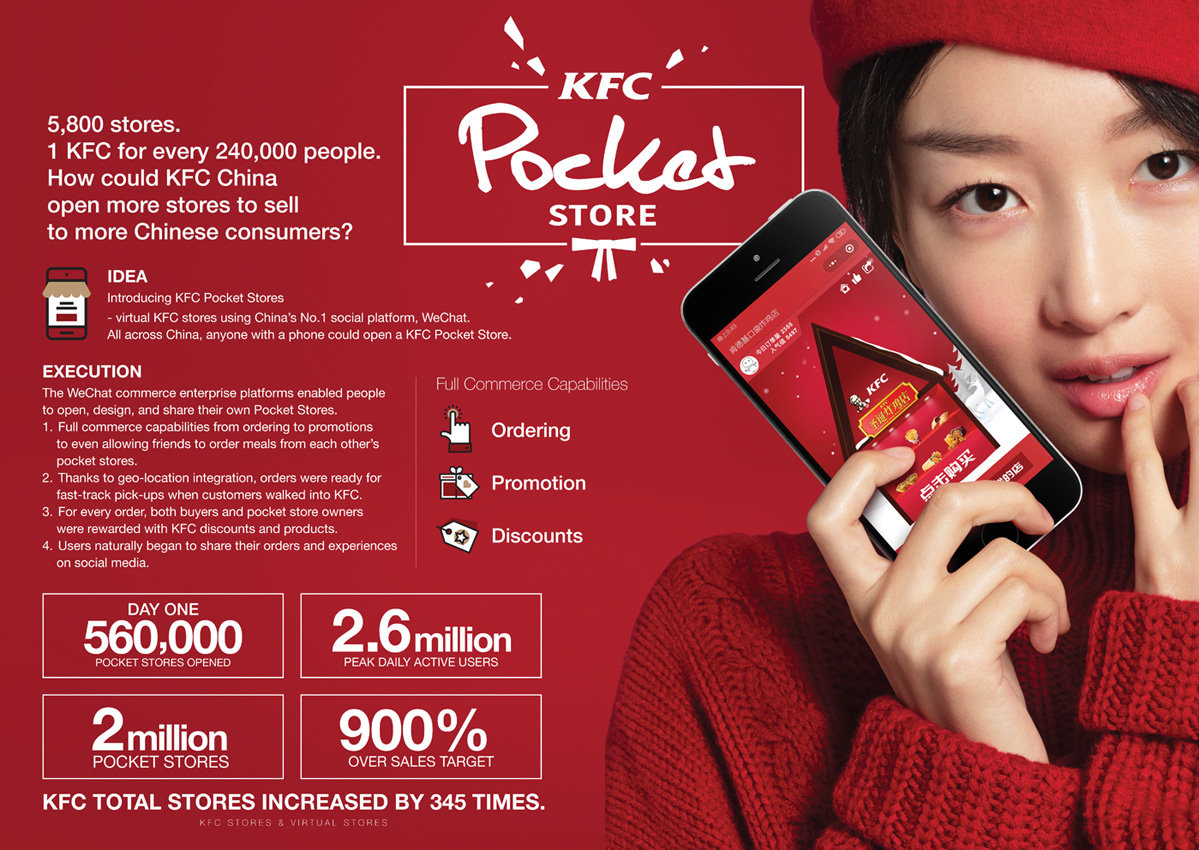 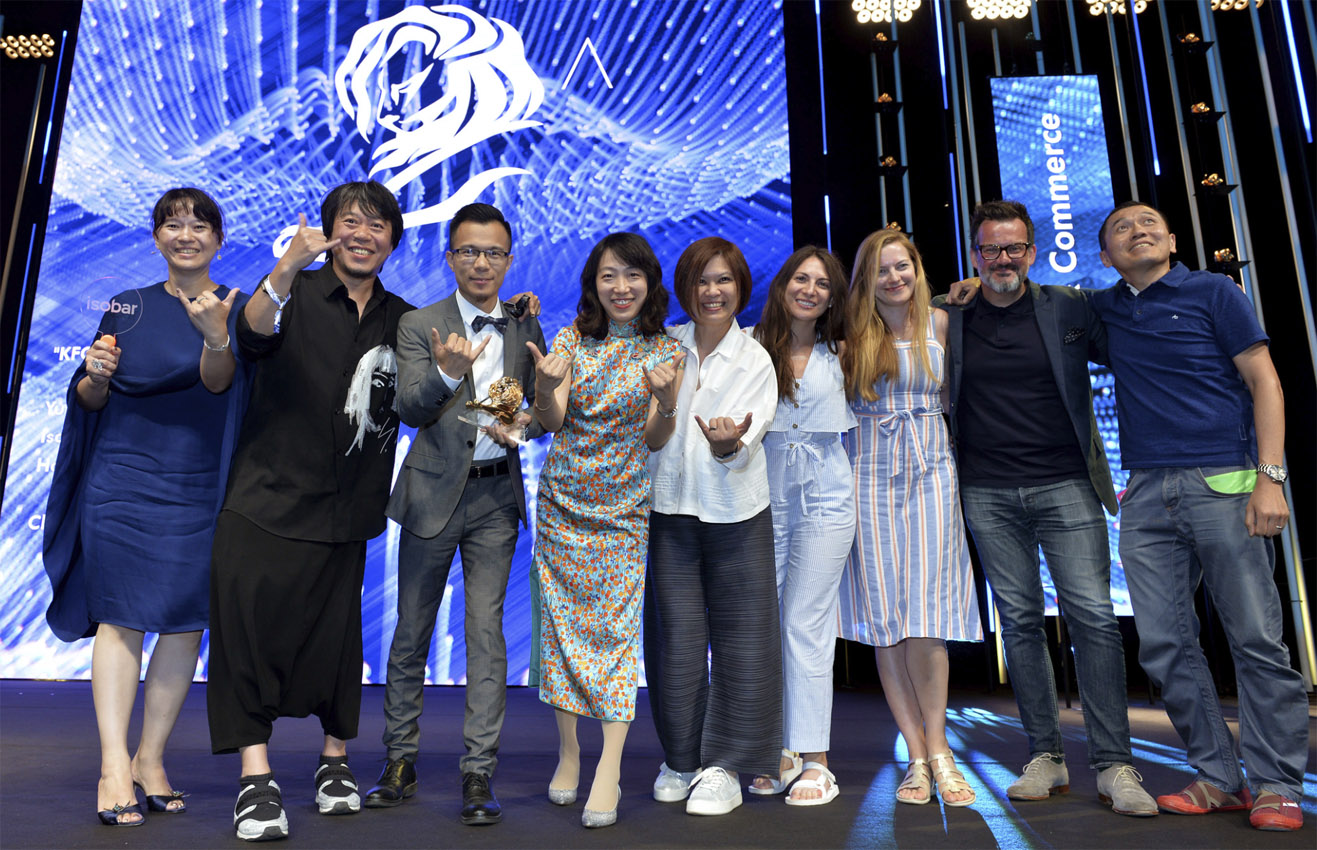 The Creative Effectiveness Lions and the Creative eCommerce Lions category have seen China pick up a Gold Lion, with one Bronze Lion going to both Thailand and India.

Isobar China Group Shanghai has picked up a Gold Lion in the Creative eCommerce Lions in Cannes for “KFC Christmas Pocket Store”.

With only one KFC store for every 240,000, KFC  opened “Pocket Stores” so anyone with a phone could open a virtual store. View the case study below.

“Hair Talk” tells the story of Rock from the point of view of her hair. Every inch of hair is an important milestone on her journey as a man to womanhood. The longer it gets, the more feminine she is. The film was starred and inspired by the true story of 20 year-old Rock Kwanlada, first runner-up Miss Tiffany Universe 2017.

In India, a retailer’s margin is a shopper’s opportunity. “Hagglebot” shows how India’s biggest e-commerce retailer, Flipkart, brought the thrill of the bargain online for the first time ever for The Big Billion Days 2018.

12 Lions were awarded in Creative Effectiveness with the Grand Prix award going to Marcel Paris for Carrefour “Black Supermarket”.

Because of an absurd law supported by the agrochemical lobby, people in Europe only have access to 3% of fruits and vegetables produced. The other 97% are illegal, because a producer can only grow what is registered in the Official Catalogue of Authorised Species. To change this, France’s Carrefour defied the law, by creating The Black Supermarket: a place to sell illegal fruits and vegetables and defend biodiversity. The campaign led to shifting perceptions about the brand, as well as a new EU-wide law.

The Creative eCommerce Grand Prix went to “Do Black – The Carbon Limit Credit Card” from RSK Communication Sweden for Doconomy. The campaign is the world’s first credit card which helps users track their climate impact and meet the target of reducing consumption related CO2 to protect the planet.

Jury President, Daniel Bonner, Global Chief Creative Officer, Wunderman, commented: “The Grand Prix we chose is truly innovative and ambitious. A signal and future of responsible consumerism that is doable in the present. A unique idea that no doubt will be copied and leveraged by businesses all over the world – and full of creativity for sustainability, in terms of the platform, the production and design, the enterprise and the potential impact for everyone.”