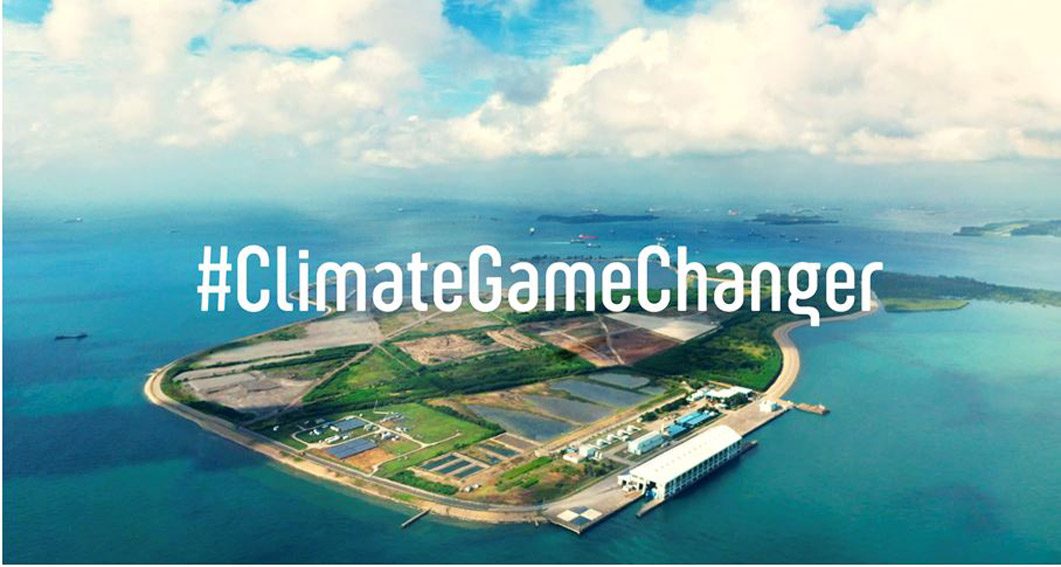 As climate change ravages the world, Grey Singapore has launched this ‘Climate Game Changer’ campaign to inspire hope for the tiny island nation with no natural resources.

With so much doom and gloom around the topic of climate change, it is human nature to tune out. But when it is looked at with a sense of optimism, people are tuning in.

Singapore’s vulnerabilities as a naturally disadvantaged island nation with not enough land and water are well documented. But lesser-known, to even Singaporeans themselves are its responses to the challenges climate change brings, as shown in the following 45-second film.

“We tend to punch above our weight, especially when the odds are against us. This campaign aims at relishing our DNA to respond in gusto on the most pressing issue of our time. Everyone has a part to play in turning it around.” says Grey Singapore Executive Creative Director, Aaron Phua. “But first, we need more of us to be made aware that climate change is no longer a problem in the distance, but increasingly an arm’s length away.”

As a small island with no natural resources like water and limited land (724.2 sq km to be exact; 30% of that less than 5 metres above sea level), Singapore is vulnerable to everything climate change brings. Across this integrated campaign, it showcases how Singapore is building long-term sustainability through future planning, intensive R&D and technology of the day.

As the earlier phase of the long-running campaign, it leverages on what the government, corporations and several individuals already have in place, as an inspiration for everyone in the country to adopt that intuitive mindset to take action.

Coinciding with this being the year of the Singapore Food Story, Grey Singapore has also released a companion campaign on food security under the game changer theme.

Food security is a universal problem as climate change affects food sources globally. But as a population of 5.7 million relying on the rest of the World for 90% of its food supply, Singapore is extremely susceptible.

“90% is a staggering number which not all Singaporeans are aware of,” adds Phua. “Across our follow-up campaign, we again let the facts lead the way. Climate change causes a chain reaction that ends on your plate. It’s that direct.”

According to research conducted at the Singapore-ETH Centre, every individual in Singapore controls about 30% of all the energy consumed or produced here. “Imagine if campaigns like these could inspire the game changer in all of us,” says Grey Singapore CEO, Konstantin Popovic. “Singapore has set an incredible example. A reminder to us to dream bigger than a small nation should. That’s humbling. And exhilarating.” 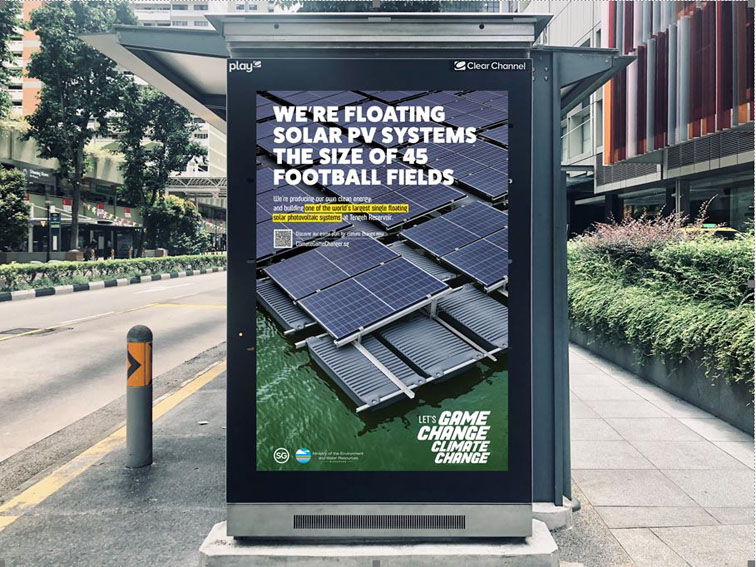 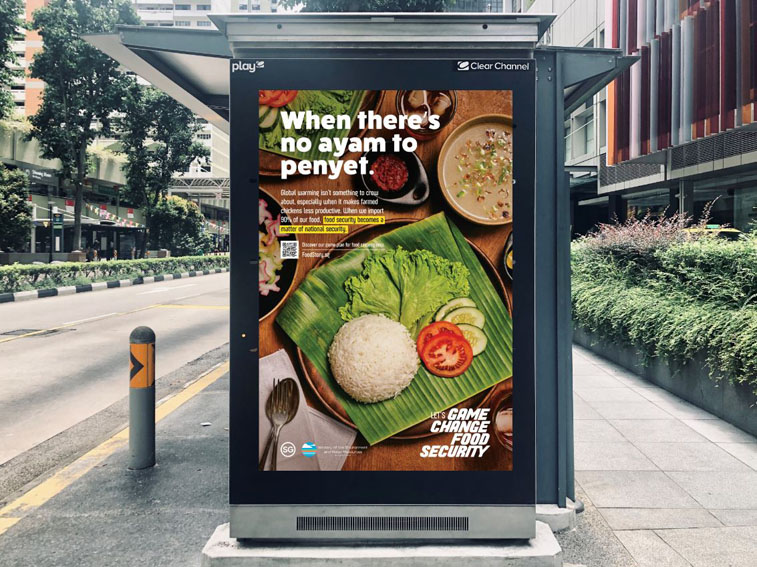 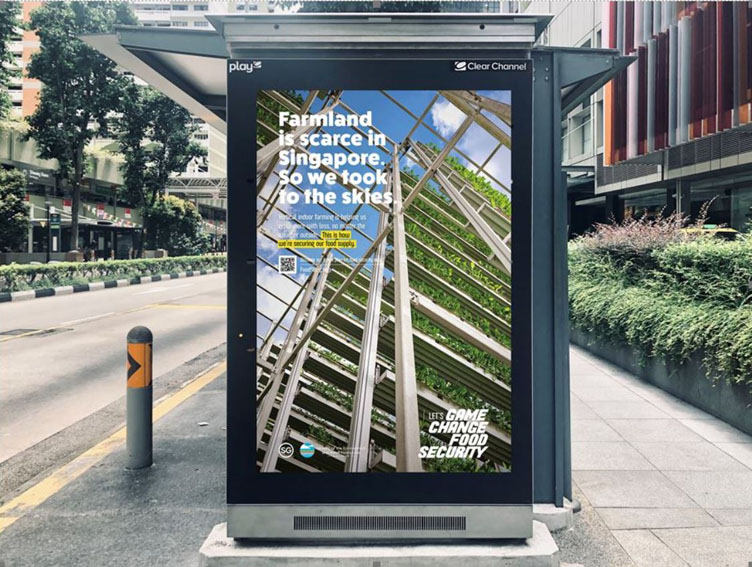 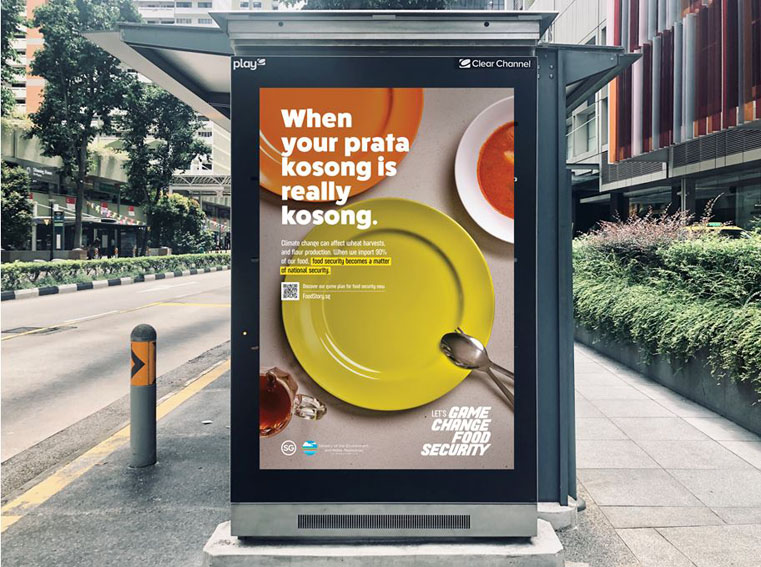 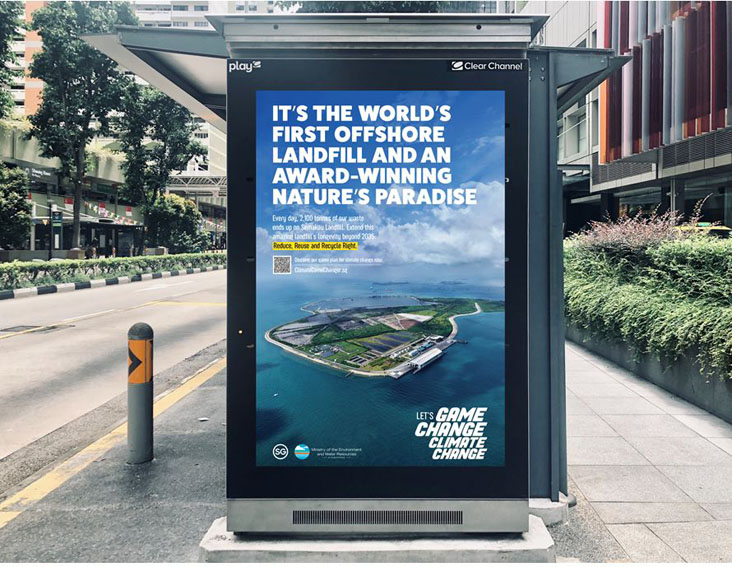 Leave a Reply to Outraged from Kampong Java Cancel reply