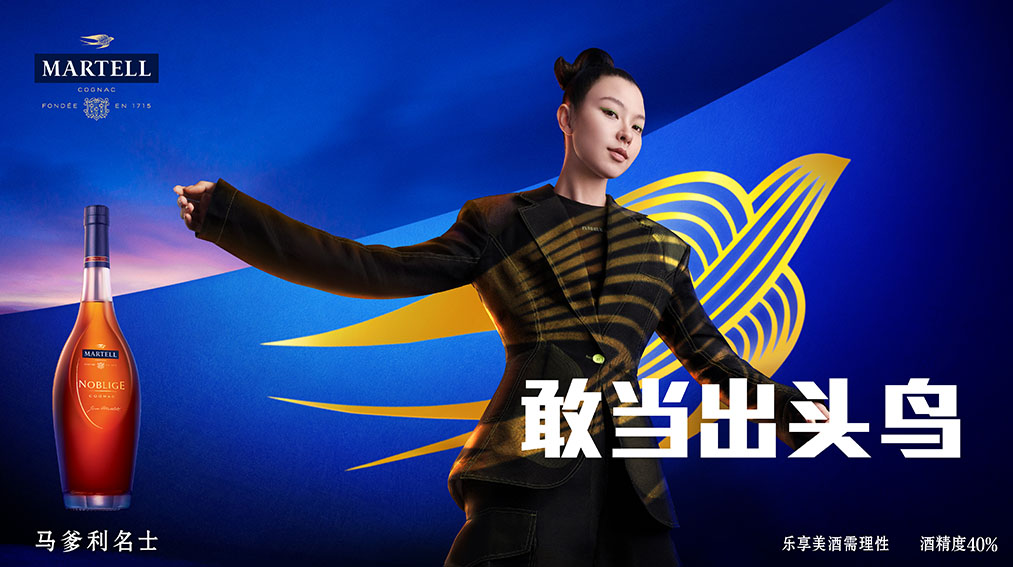 French Cognac brand Martell Noblige has launched an integrated multi-channel campaign via BBH China to reintroduce the brand in China and enhance its appeal to a younger Legal Drinking Age (LDA) audience, who are at the cutting edge of culture and exploring their alcohol preferences.

The campaign uses the tagline ‘Be a Standout Swift’ and reinterprets Martell’s logo featuring a ‘swift’, which is inspired from a migratory bird found in the Cognac region of France, to communicate the Chinese new generation’s desire to take audacious risks. Now adapted globally, the tagline and the creative idea re-evaluates the traditional Chinese belief ‘The bird that stands out gets shot down’ that encouraged conformity for children in the pre-90s era and seeks to inspire the new generation to fearlessly follow their heart.

The campaign is led by three films, shot by director and photographer Wing Shya and features singer, actor and philanthropist Chen Kun, fashion designer Angel Chen and E-Gamer Li Xiao Feng aka SKY. Each a celebrity and influencer in their own sphere, who have broken new grounds by challenging the norms in their own field.

The films capture the individual journeys of each of the protagonists through dynamic visuals showcasing snippets of their professional challenges and triumphs. and ends with an inspiring message reinforcing the idea of being a ‘Standout Swift’.

Louis Cheng, Brand Director of Martell (Pernod Ricard China), said: “As a brand steeped in tradition but with a receptivity to modern values, we are looking to engage the next generation of Chinese consumers by encouraging them to be audacious and chart their own destiny. Our new campaign captures the aspiration of Chinese young adults so effectively exemplified by Chen Kun, Angel Chen and SKY and encourages them to believe that anything is possible and to chase their aspirations.”

Kelly Pon, Chief Creative Officer, BBH China, said: “The swift has adorned Martell’s products for centuries and is inextricably linked to the brand. We wanted to build on this legacy and develop a new tagline that connects the symbol of swift to our target audience’s desire to play by their own rules and actively push the culture forward.”

Launched in the last week of December in China, the four month-long campaign will be expanded to other markets including Malaysia, Singapore and Hong Kong in January. The large-scale campaign will be amplified across a wide range of channels including social, digital, outdoor, in-store and press. 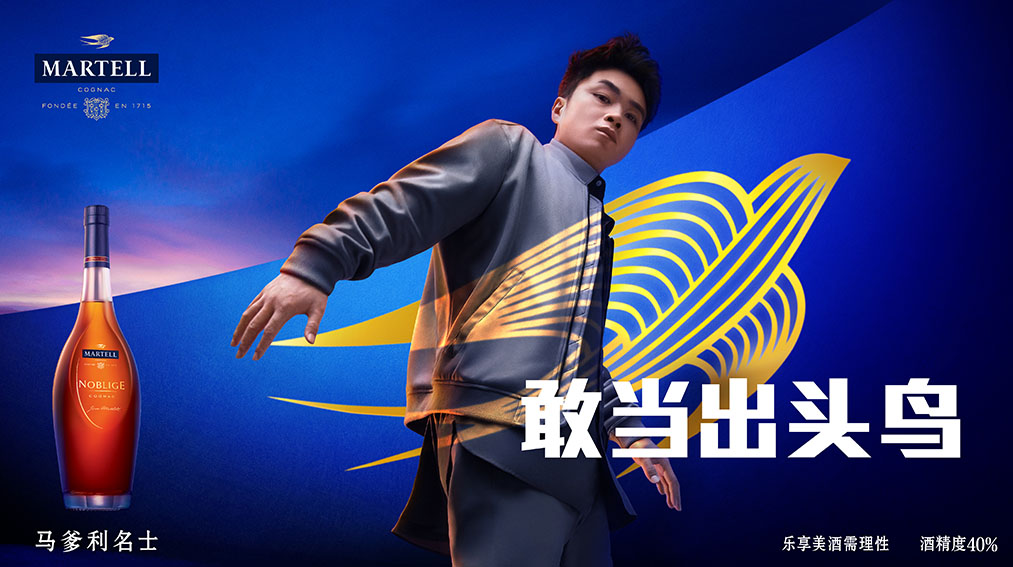 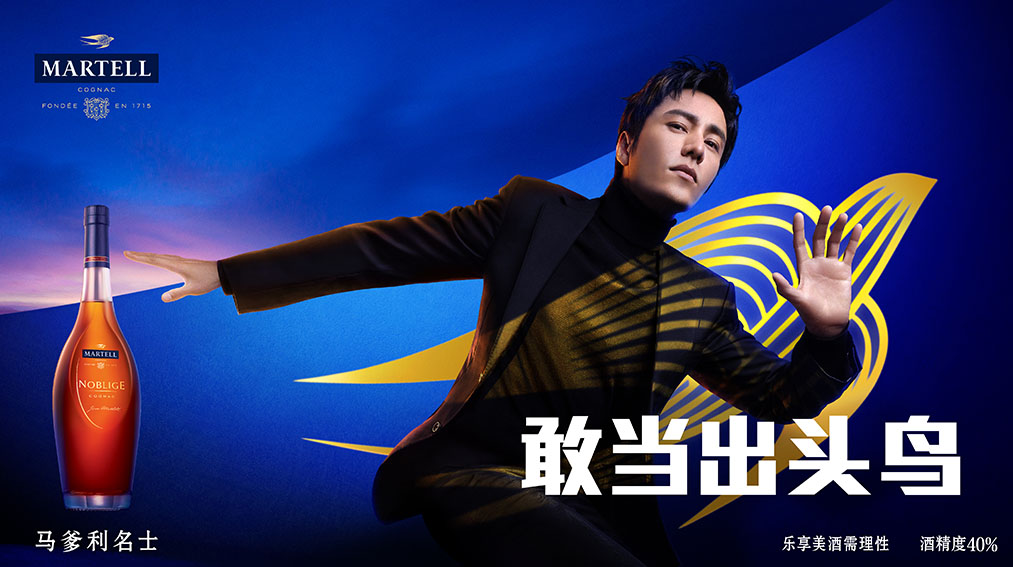