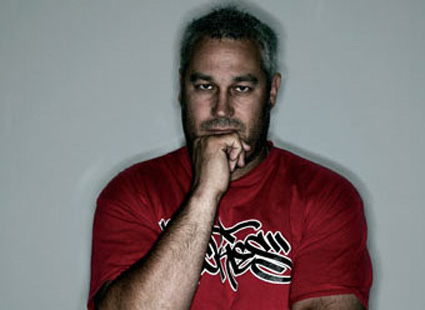 (UPDATED STORY) CB Asia exclusive: In one of the biggest appointments of the year Campaign Brief Asia hears that Saatchi & Saatchi Sydney ECD Steve Back has been lured to Asia in the role of Chief Creative Officer of Ogilvy Singapore.

Back is one of Australia’s most respected and awarded ECDs and was appointed as executive creative director of Saatchi & Saatchi Sydney in November 2007, replacing David Nobay when he departed to start up Droga5.

Originally a star at Marketforce in Perth, Back first worked at GeorgePatterson Sydney followed by a highly awarded stint at Leo Burnett Sydney. Backplayed a major role in Leo’s winning Campaign Brief’s Australian Agency of the Year in 2000. Back thenspent several years in London before being enticed to New Zealand to joinColenso BBDO. Mike O’Sullivan then hired Back as Head of Art when he wasappointed ECD of Saatchi & Saatchi NZ. The agency went on the win CB New ZealandAgency of the year in 2006 and 2007.

He then joined DDB Sydney as creative director where he dramatically reenergized the agency, moving them to equal number one Australian agency in TheWork 07 with Saatchi & Saatchi Sydney. Under Back, DDB Sydney was theonly Australian agency to get gongs at all four of the top international awardshows (D&AD, The One Show, Clio and Cannes) in 2007.

In the official press release just received by Campaign Brief Asia Eugene Cheong said: “We took the better part of six months, looking and waiting for someone of Steve’s stature to take the job. And, wonder of wonders, the statuesque Steve showed up and signed on the dotted line. Singapore is our most famous office and our super-hub. We wanted a big man to be its creative chief. At six foot six, Steve more than fit the bill.”

Commenting on his appointment Steve Back stated: “Ogilvy Singapore presented an irresistible opportunity to join an agency at the top of its game. The Ogilvy team has great ambition, passion, and energy with leading edge capabilities across all media. I’m obsessed with the power of creativity to solve real business problems and creating an environment where world class ideas thrive.”

Added Stephen Mangham: “With Asia poised to outstrip North America and Europe in ad spend, it’s vital that our talent is up to this challenge. Steve’s track record of ‘doing great work which works’ on big brands is what sets him apart. Steve is a big believer in developing not just big ideas, but big ideal for brands.”

“Ogilvy Singapore is fortunate to have a number of outstanding creative leaders, Steve will work with these ECDs in driving the quality of the work across all our clients, and ensure that we are one agency indivisible.”

Also commenting on the appointment David Mayo, President Ogilvy & Mather (Advertising) Asia Pacific said: “Steve Back’s arrival is part of our ongoing creative investment strategy to bring the best heavyweight talent from around the world to Ogilvy in Asia. Over the past nine months we have handpicked the very best names in the business from all over the world and are deep into discussions with some extraordinary individuals. We hope to have more announcements of Steve’s size over the coming months in several markets around the region.

Back will take up the Ogilvy Group role in January 2011. O&M Singapore’s Rob Gaxiola is not impacted and remains in his ECD position.