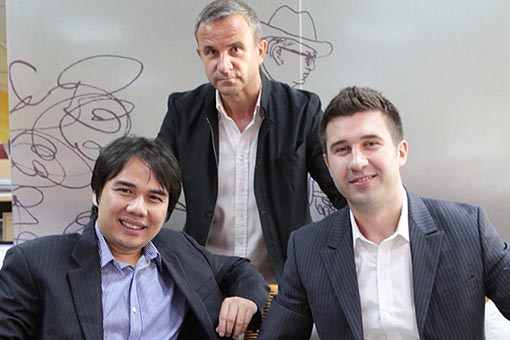 Lukasz Roszczyc has joined Leo Burnett Vietnam as managing director, following the retirement of David Lester, the current managing director of the office. With a decade of experience in advertising and marketing roles, Roszczyc, who is Polish, was formerly with Leo Burnett Almaty, a key office of the Leo Burnett network in Central Asia and a regional hub for clients including Phillip Morris, Procter & Gamble and Samsung. He is a significant contributor to the development of Leo Burnett operations in Central Asia, establishing majority-owned Black Pencil division through local agency acquisition and further evolving it into fully-owned Leo Burnett agency, growing the team from 12 to 40 employees.

Jarek Ziebinski, President, Leo Burnett & Arc Asia Pacific said,” David’s retirement follows a long, successful stint with Leo Burnett for over 35 years across Australia, the U.K., Indonesia and Vietnam. He spent a total of 11 years in Asia, nine of which, leading the office in Vietnam. We’d like to take this opportunity to express our deepest gratitude to David for his effort and contribution towards the development and growth of Leo Burnett Vietnam as well as wish him the very best.”

“I have worked with Leo Burnett for a wonderful 35 years. I always wanted to retire while I feel I am making a contribution to our client’s business, our staff and the growth of the agency. My years in Asia have been very special to me. It has been fantastic to play a part in taking the agency to where it is today and while I will miss our guys, I am glad to see the agency is in the good hands of Lukasz, who will no doubt bring a fresh perspective to the agency and continue its growth,” said David Lester.

Commenting on Roszczyc’s appointment, Ziebinski said,” Having worked with Lukasz during his days in Almaty, I know he has the talent and drive that we need to re-energise Leo Burnett Vietnam and accelerate the growth of the office. As different as the two markets are, his experience in Central Asia in the last decade, which underwent a transformational phase, bears some similarities to the dynamics existing in Vietnam, and will no doubt aid him in his new role.”

Roszczyc took on the role as managing director officially on 15 November 2011 while Lester will remain as a consultant to the agency until 31st January 2012 to ensure a smooth transition. In addition to his native language Polish, Roszczyc also speaks English and Russian fluently as well as basic Spanish and Mandarin.

Concurrently, Nguyen Ha Vinh, currently the general manager of the office will also be promoted to Deputy Managing Director.