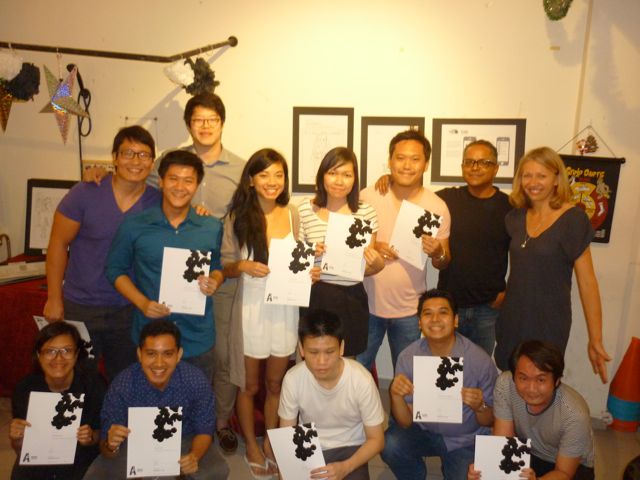 The Australasian Writers and Art Directors Association (AWARD) has celebrated the next generation of creatives graduating from the Singapore branch of AWARD School, the ideas program for aspiring art directors and copywriters.

Says Jacob: “It’s a huge honour to be able to help a reputed program like AWARD school train the next generation of Singapore’s creatives. The school has impeccable credentials and a proven track record. We look forward to following student’s progress in the near future.”

Communications Council CEO Margaret Zabel, thanked Jacob for his energy and passion and all those involved in making AWARD School such a valuable introduction to the industry.

Says Zabel: “Congratulations to all the graduates who have completed this prestigious and long running program. You’re all coming to the creative industries at a time when the demand for creative thinking and artistic expression is very high. We need new thinking, progressive ideas and risk takers. Congratulations on your bravery and good luck.”

Tutors and guest speakers are an imperative part of the AWARD School program and their expertise is a key element of preparing students for a future in the industry.

Sponsored by Google, AWARD School is a 16-week, part time course which runs from March to July each year in Sydney, Melbourne, Adelaide, Perth, Brisbane, Hobart, Auckland and Singapore.