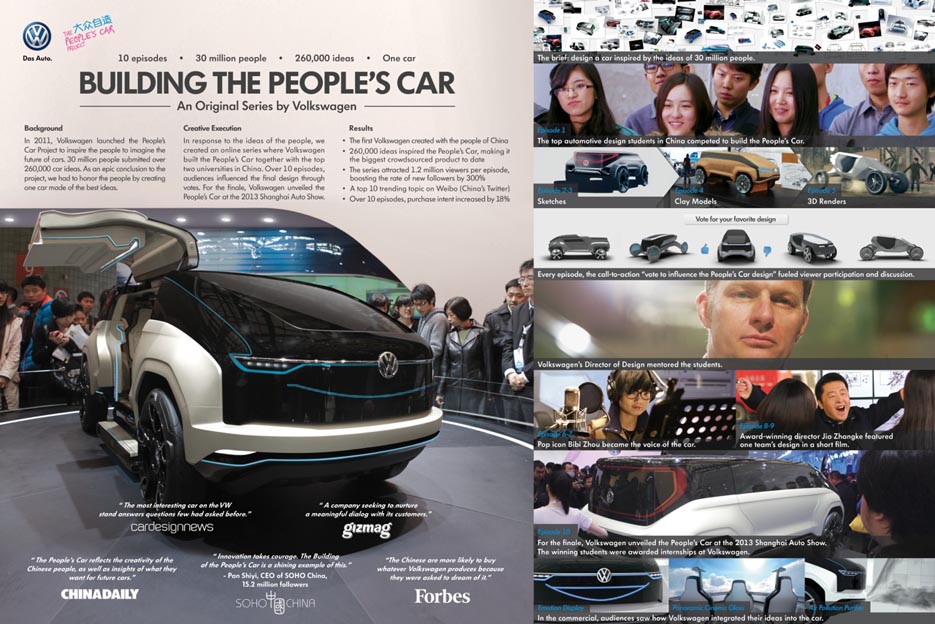 As an epic conclusion to the project, Goodstein/Partners China had to take all these ideas and create one car.

In 2013, Volkswagen created an online series where they invited the top automotive design students in China to compete and build the People’s Car. Over 10 episodes, the student teams took 104 of the best ideas from the people and created concept sketches, clay models, and 3D renderings.

This was truly a collaboration between Volkswagen and the entire nation of China. Finally, one design was chosen to be the People’s Car and the winning students were granted internships at Volkswagen.

At the 2013 Shanghai Auto, Volkswagen unveiled the People’s Car, accompanied with its very own commercial. Online audiences and the press alike saw how the people’s ideas integrated into the features of the People’s Car. The People’s Car – the first car created by the people, for the people – became a call to the automotive industry to revolutionize how cars should be made in the future.