Andreas Krasser is head of Strategy and Innovation at DDB Group Hong Kong (pictured left) and here he shares his experience as a 2016 APAC Effie Awards jury member. Organised by the Confederation of Asian Advertising Agency Associations (CAAAA) and Tenasia Group, the Asia Pacific Effie Awards honours the region’s most outstanding marketing communication works that have proven results in meeting strategic objectives.

The calm before the storm

After two, well more like one and a half movies on the plane from Hong Kong to Singapore, a rather expensive taxi ride from the airport (I think I might have been ripped off, but please don’t tell my CFO), and an effortless hotel check-in, I experienced something I thought only happened in the movies… a letter addressed to me was already waiting at the reception. It came from the event organizers, letting me know that I’ll be picked up in the morning to leave for Bloomberg’s office, which would more or less become my home for the next two days.  Sweet! I felt important, and what’s more, I didn’t have to worry anymore about getting lost, or overcharged again for that matter. 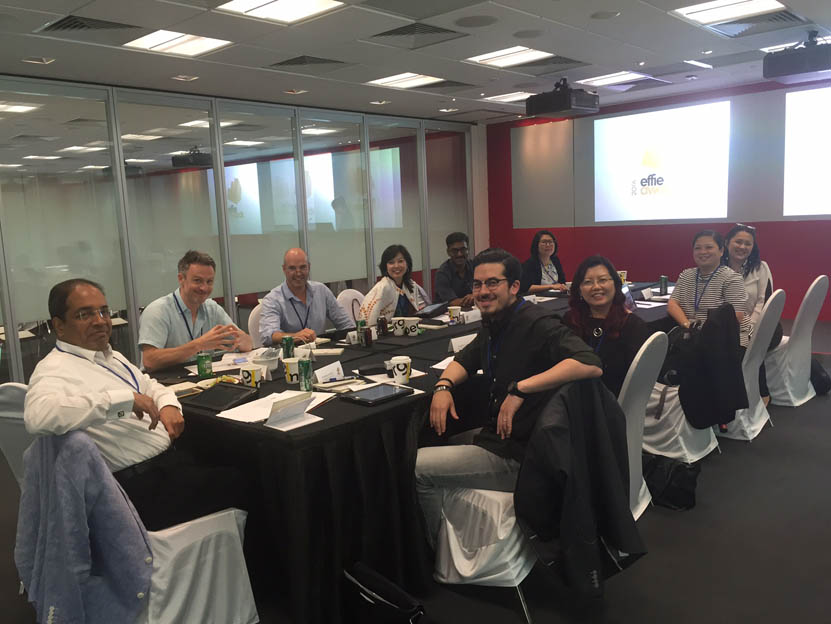 Day 1: Getting down to business

Entering Bloomberg Singapore, it became quickly obvious to me why this office was chosen as home of the Effie’s judging. Apart from its famous and apparently widely envied pantry area, this place meant business: screens, numbers, analytics, news in every corner… there basically was no choice but to get into the right frame of mind: “Ok, let me see them results now!”

The jury briefing pretty much continued in the same spirit: keep your standards high! Award only work that worked! And, think of this as an opportunity to show the rest of the world what APAC marketing is capable off! And boy, did everyone take this seriously!

On day 1, I was part of Panel 1 (there was a total of three), which was headed by the lovely Michelle Guthrie from Google. Amongst others, we judged beverage, youth marketing, and small budget cases. The run-down was very straightforward: first read the entry, view the creative, discuss and score, and then on to the next case. It was intense – speed-reading skills would have certainly come in handy – but nevertheless, everyone was on top of their game. And by top, I mean top. The panel dissected results and stats in a way you don’t witness every day; numbers were questioned, percentages were re-calculated, and external variables that weren’t even considered by the entry authors (intentional? I don’t know) were analyzed for potential impact contribution. Now multiply this by 27 entries and you get a judging panel in desperate need of a drink, or two, or three… I think you get where this is going. 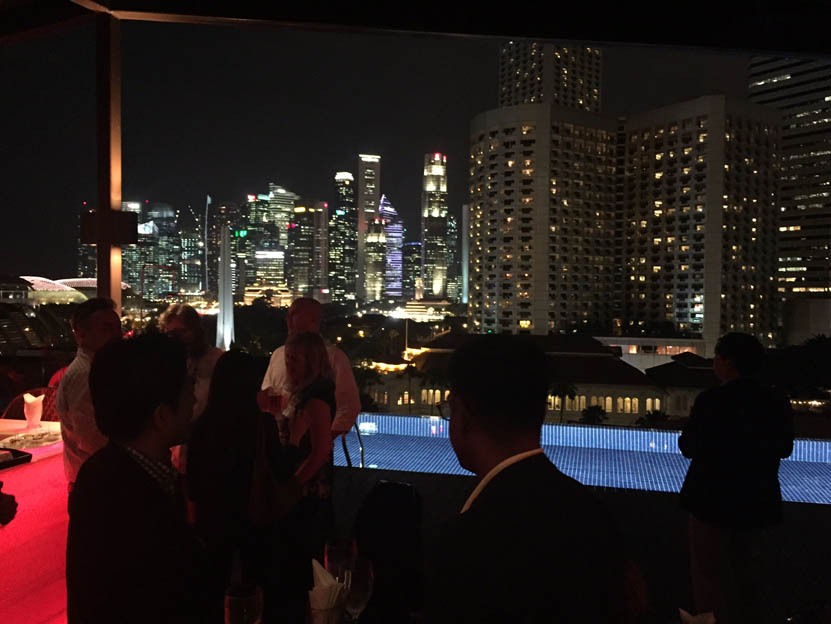 After a rather bumpy elevator ride to the rooftop of the Naumi Hotel, we all found happiness and peace in the form of an open bar and free flowing canapés. This seems to be the most appropriate time to thank the Confederation of Asian Advertising Agency Associations (CAAAA) and Tenasia Group for their generosity and excellent logistical arrangements.

A few glasses of wine, and many thought-provoking conversations later (or was it many glasses of wine and a few conversations?), I decided to call it a night. If day two was going to be only half as intense as day one, I knew I needed to get some good night sleep. 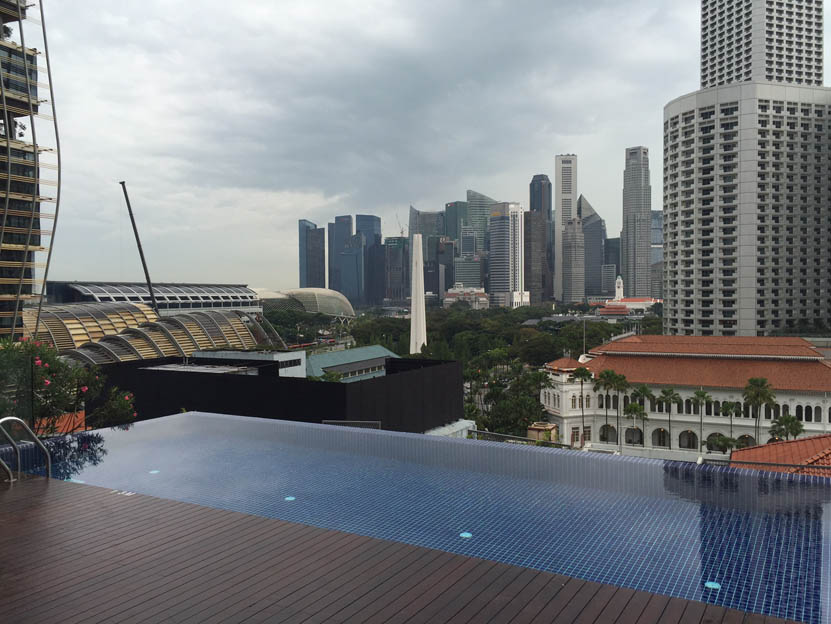 Different room, different panel, different cases, same procedure. My day two panel was headed by the charismatic Nagesh Alai from FCB and our attention was devoted to the tourism, good works, media innovation, real-time marketing, and household products categories. I would have expected the intensity of day one judging and free flow drinks to slow us down a little, but apparently I was wrong. I’m not sure whether it was the dynamic of the newly assembled panel, or the coffee in the Bloomberg pantry, but day two felt strong and energetic – even more so than day one. We started off with a few very solid cases, which led to fruitful discussions, and sometimes even funny jokes. The ice was definitely broken and we were pumped. We didn’t even need breaks. Keep rolling! Keep them coming!

In the afternoon, however, things did slow down a bit. We encountered a few repeat cases that in most instances, were not specifically tailored or adapted to the categories they were submitted to. This made it rather difficult for us to judge, as it often wasn’t quite obvious how that particular case would fit into a certain category. All of this got the panel quite tangled up in substantial, nearly existential debates around category definitions. Nevertheless, we powered through and kept the energy level up as much as possible until the final score was submitted.

A few handshakes and business card exchanges later, I flagged down a cab, went to Changi airport (didn’t get overcharged this time), and hopped on a plane back to Hong Kong. That’s a wrap!