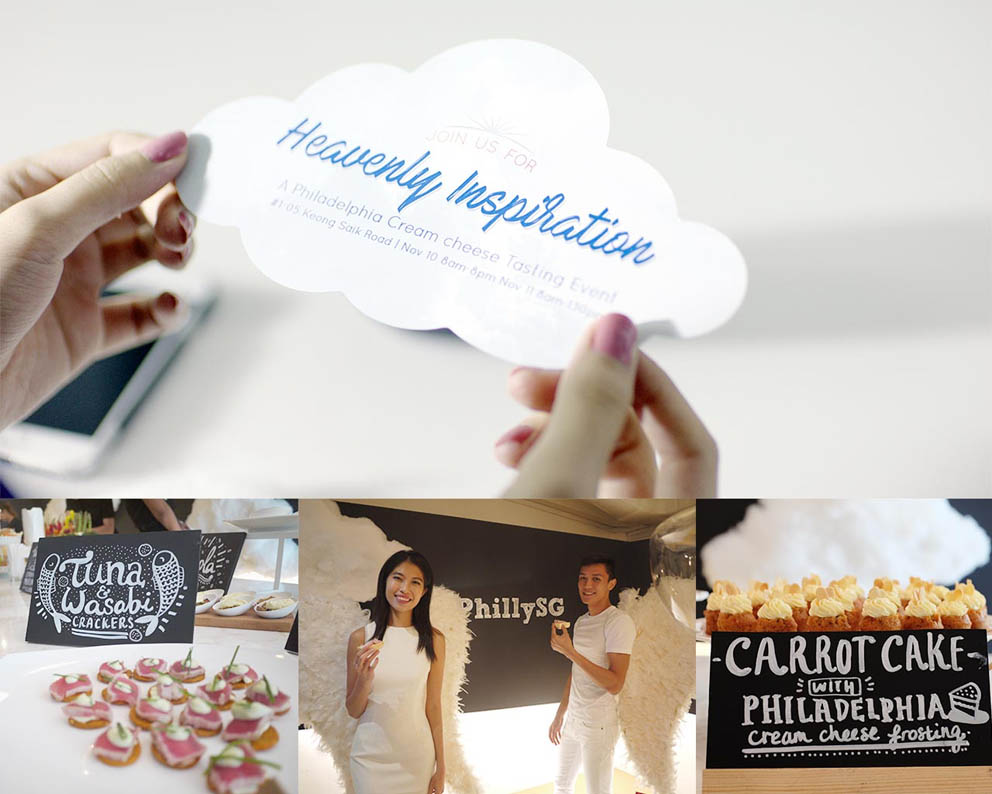 Carat APAC recently launched a content-led campaign for Mondelez International’s Philadelphia Cream Cheese with its first-ever pop-up café in Singapore. Within the first week of its launch, the “Heavenly Inspiration” campaign reached over two million Singaporeans on social media, delivered over 10,000 likes and comments and generated over 250 unique posts.

The campaign was kick started with a video that was launched in early November featuring Philadelphia’s iconic angels landing in Singapore, which followed closely by the opening of a pop-up café along Keong Saik road. Members of the public were able to sample from a menu of 10 different snacks made with the brand’s variety of cream cheese spreads at the pop-up café and encouraged to come up with their very own creations.

In addition to riding on the local trend of café hopping and sharing of food photography on social media, a variety of recipes using Philadelphia’s cream cheese were also posted concurrently on Facebook and Instagram to inspire audiences to create their own “taste of heaven” from home.

The “Heavenly Inspiration” campaign, which used outdoor and digital channels to inspire audiences to get creative using Philadelphia’s cream cheese, was a collective effort from three arms in the network.

Carat came up with the idea, the connections strategy and the media plan; MKTG, the Events and Experiential Marketing solutions arm, conceptualised and executed the innovative pop-up concept while Carat Content created the social media assets and mcgarrybowen created the thematic video and out-of-home component. The event itself served a dual role as a sampling experience and also as a hub for the creation of content that is being distributed to millions of Singaporeans through social media networks.

David Storey, Strategy Director of Carat APAC, said, “Launching the Philadelphia pop up cafe in Singapore brought together a forward-thinking client and fantastic talent from across Dentsu Aegis Network, from content and creative to media and events. The event gave us the chance to get Philadelphia into the hands of influential consumers, but more importantly serves as the center of a long term, content focused social media campaign that reaches a significant audience every week. We’re really pleased by the reach and conversation around the campaign and look forward to continuing work with this iconic global brand across the region.”