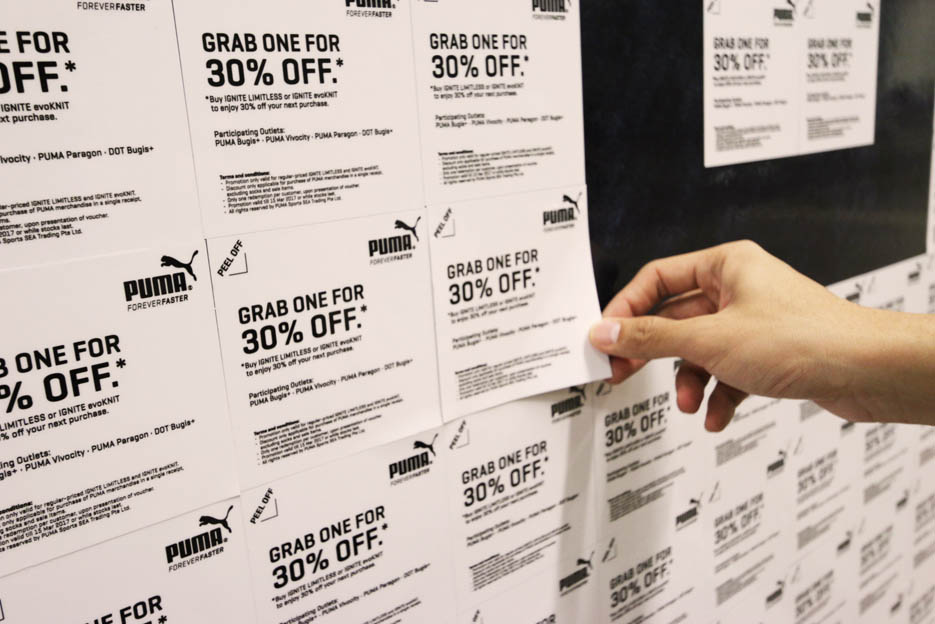 As part of the Singapore’s rendition of the ‘Run the Streets’ campaign, Moove Media and Puma lined up a section of a wall in the Bugis MRT station of Downtown Line (DTL) with 2,000 stickers, cleverly placed in such a way that the “Puma” logo is formed. These easy-to-peel discount coupons offer users 30% discount off their next Puma purchase if they have bought PUMA’s Ignite Limitless or Ignite EvoKNIT footwear. The idea was conceptualised by Moove and Puma particularly for this location because Bugis+ is where the new Puma store is located. Pums picked DTL, as the campaign’s target audience fall between 16 and 23 years old, who can be found commuting on the DTL. Furthermore, the DTL was in close proximity to many schools. 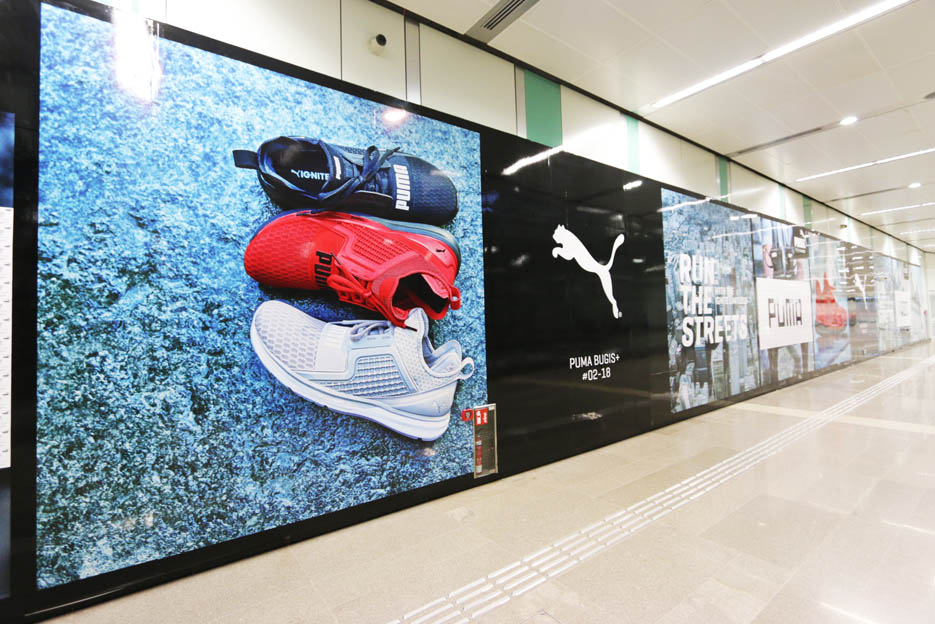 Jayne Kwek, CEO, Moove Media said, “We didn’t want to just have the usual wallscape in which products are featured. Stickers, placed at the right places, can be an effective way to draw consumers. Since the store was just a stone’s throw away, it was a very cost-effective advertisement for our client.”

So well-received were these coupons that nearly all were snapped up in just a week, even before the campaign ends on 15 March 2017.