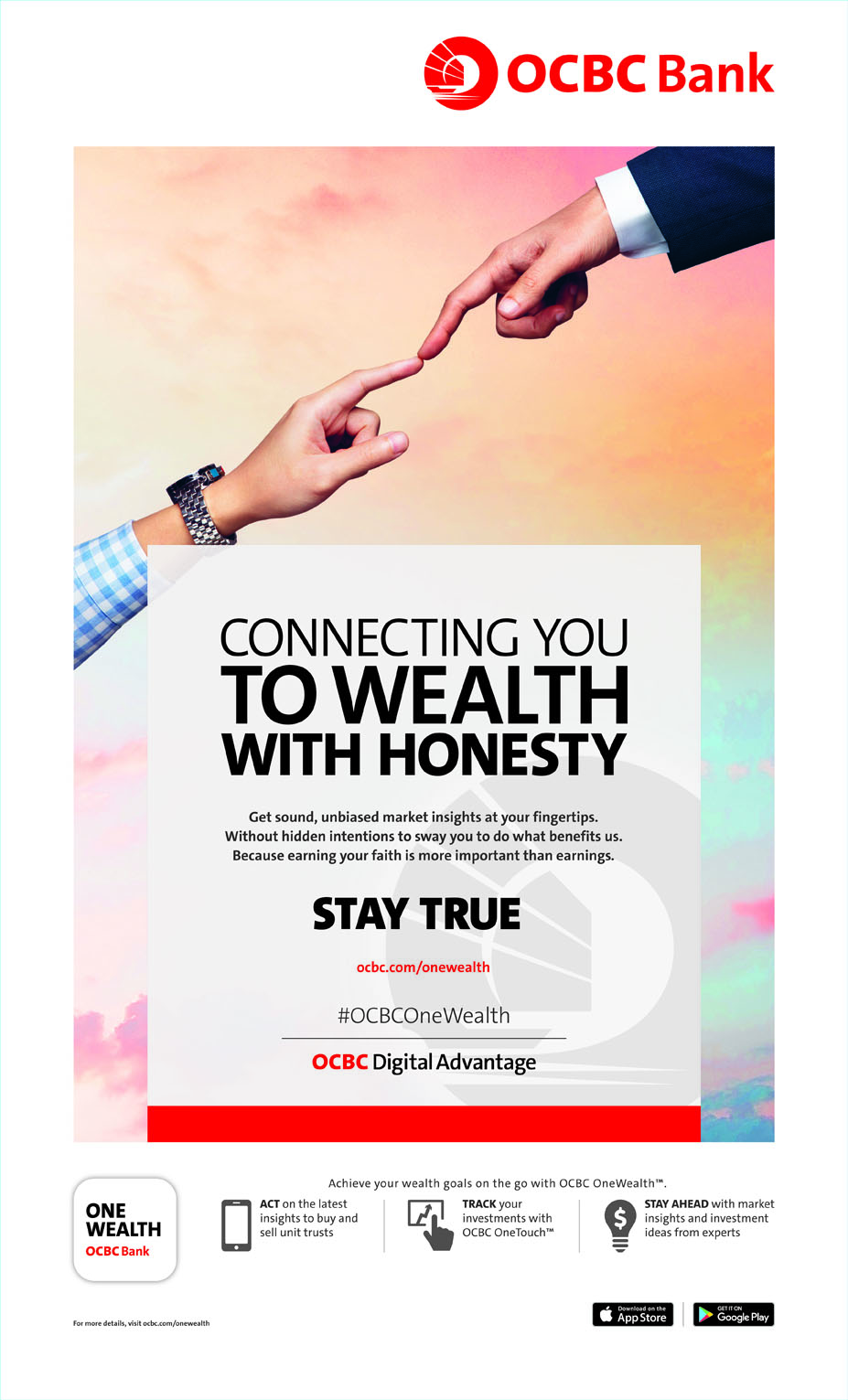 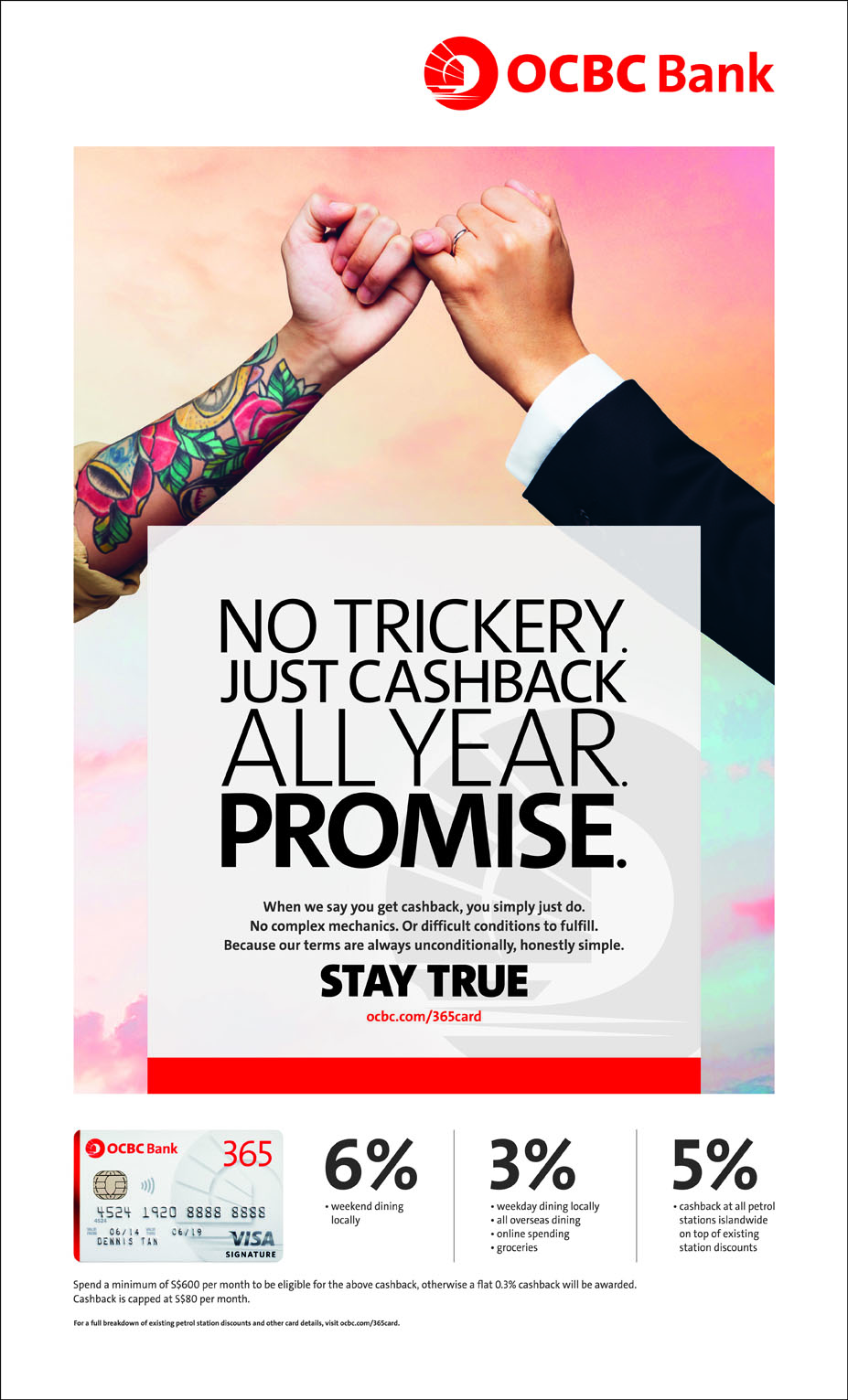 GOVT Singapore and OCBC Bank have launched a campaign that champions the idea of advertising honestly and truthfully to consumers.

Under the Stay True umbrella, the campaign was launched with 3 consecutive full page ads on The Straits Times, supported by a video and digital media buys. The main ad in the series talks about removing hidden restrictions of promotions in fine print, abandoning complicated mechanics and not misleading customers with advertising messages. 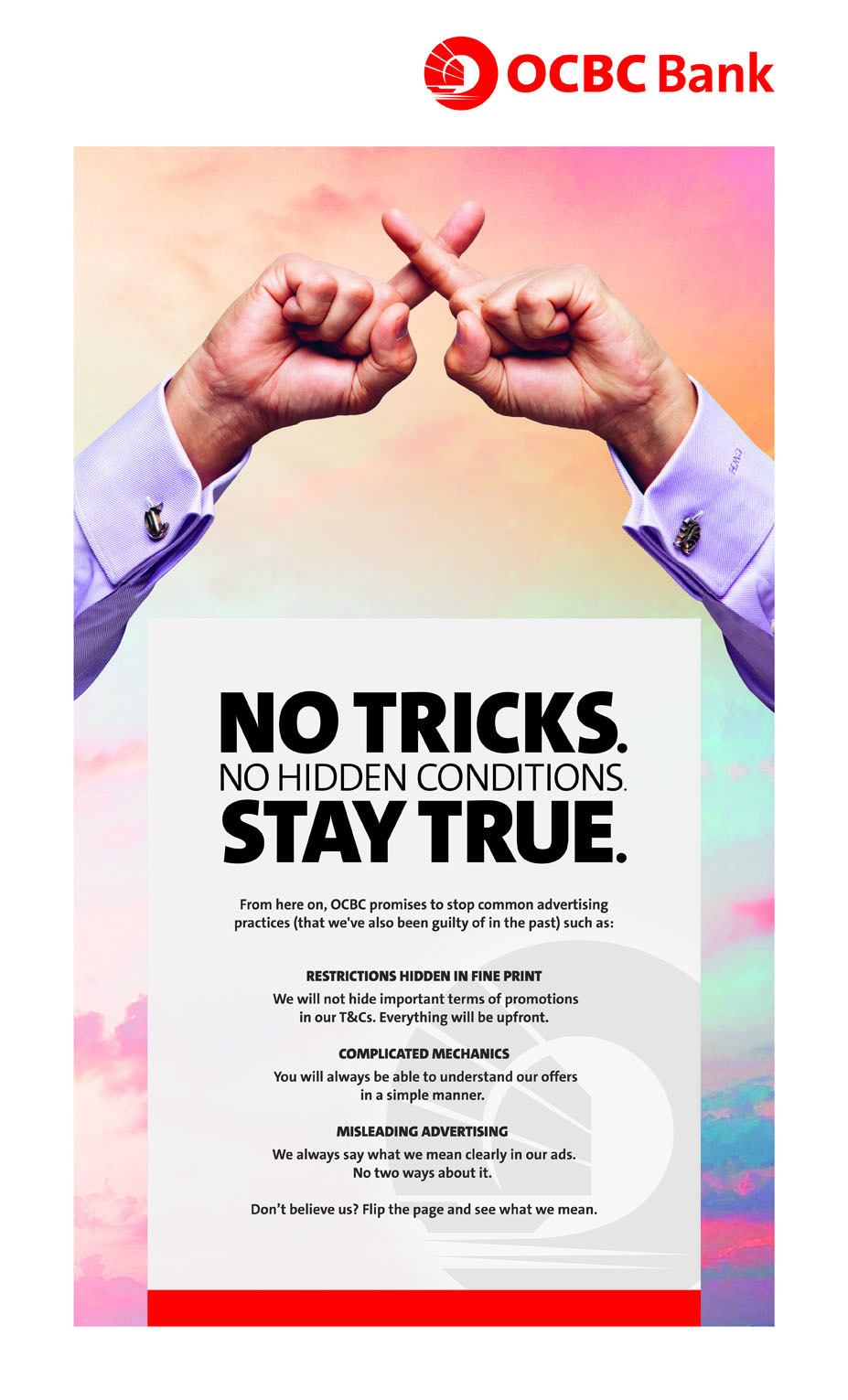 The rest of the ads in the series talk about the bank’s products, from credit cards to its OneWealth app and the OCBC 360 Account. All five ads will rotate in various runs in the coming weeks and feature the bank’s senior executives from its Consumer Financial Services division, including OCBC’s Chief Operating Officer Ching Wei Hong himself.

Tim Chan, Creative Director, GOVT Singapore, said “When we pitched and won the account last year, we were committed to not doing things in that same old, same old manner. This campaign is not just proof of that. Yes it’s bold, but it’s also sincerely honest and a reflection of Wei Hong and the team’s vision. We’re stoked to be given the chance to do this alongside our partner agencies and it sets the tone for things to come.”

Other parts of the campaign were supported by media agency Maxus, social agency Nurun and digital agency Isobar. The ATL campaign will also be followed up with a social activation where a senior OCBC executive will be answering questions on a live Facebook broadcast, while hooked up to a lie detector on the 5th of April. 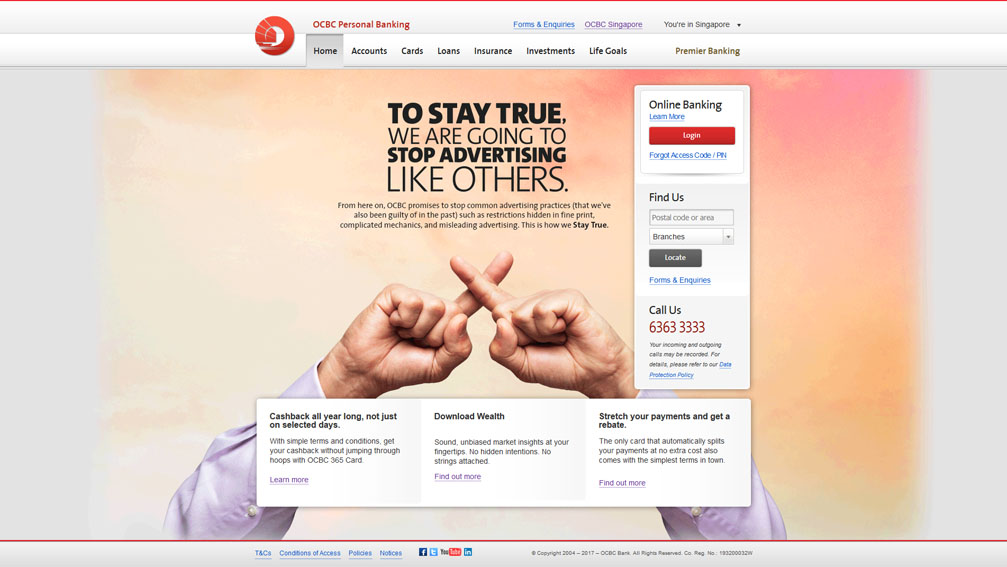