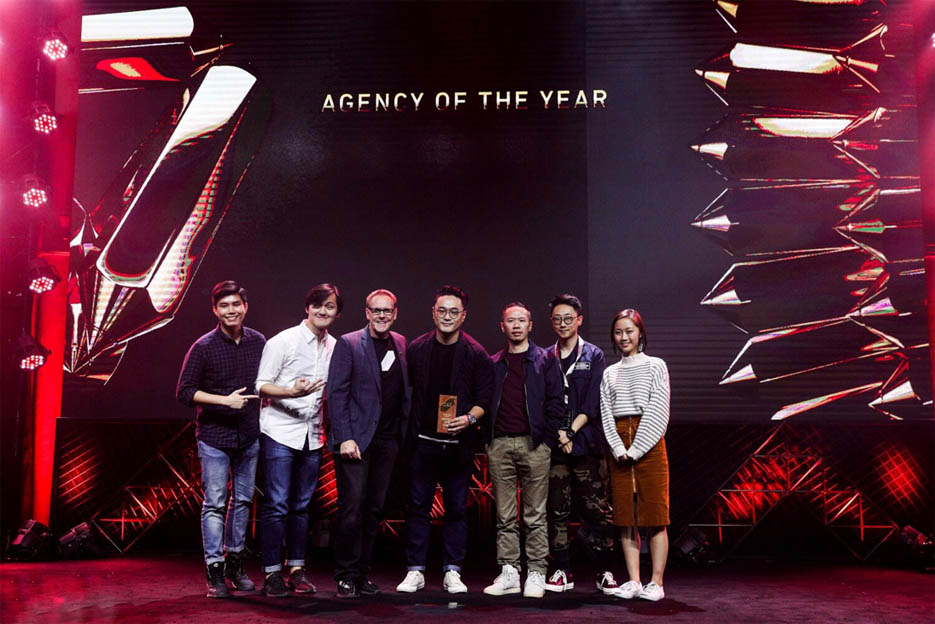 TBWA\Shanghai was crowned Agency of the Year at One Show Greater China last Friday, after becoming the most awarded agency of the night – winning three golds, four silvers, and two bronzes across Design, Social Media, Direct Marketing, Craft and Public Services categories.

The agency won two golds and a bronze for Penguin’s ‘Frozen Book’, a story about the journey of a little penguin on his way to find a new home as his current home was sadly melting away. Made from special inks, the book reacts to temperature, and the warner it gets, the more its images disappear, leaving only an important message on the final page: ‘Where is our home now? Global warming affects the habitat of penguins and their friends.

TBWA\Shanghai also picked up a gold and two silvers for Baobeihuijia’s ‘Threads of Hope‘, working with China’s most influential NGO for missing children to create a unique installation using traditional handcrafted crass-stitch to visualise the tugged heartstrings of the parents with missing children. Every thread stitched two images together – the heartbroken parent and their lost child – representing their long suffering and undying love, but most importantly, the parents’ never ending hope.

TBWA\Shanghai’s adidas ‘Three Fingers‘ campaign was also highly awarded with two silvers and a bronze. Inspired by hand signals used by Volleyball players, TBWA helped adidas find a way to be top-ofmind during the Olympic Games by creating a unique hand sign, the three fingers, to cheer on the China Women’s Volleyball Team.

“We’re very honored to be here to receive these awards from One Show Greater China, one of the most influential creative festivals in the region,” said Ronnie Wu, Executive Creative Director at TBWA\Shanghai. “These wins are testament to the success of our vision to bring about the most culturally-connecting work to crack our clients’ challenges. And this could never happen without the trust and support of our clients and the hearts, souls and efforts that everyone at TBWA puts into their work every day.”

Organized by The One Club, the One Show Awards is one of the top regional creative awards shows for Greater China. It recognizes creativity of ideas and quality of execution with various award categories across advertising and design. Each award contributes to the wining agency’s ‘Creative Score’ with the Agency of the Year Award going to the one single agency with the most points.