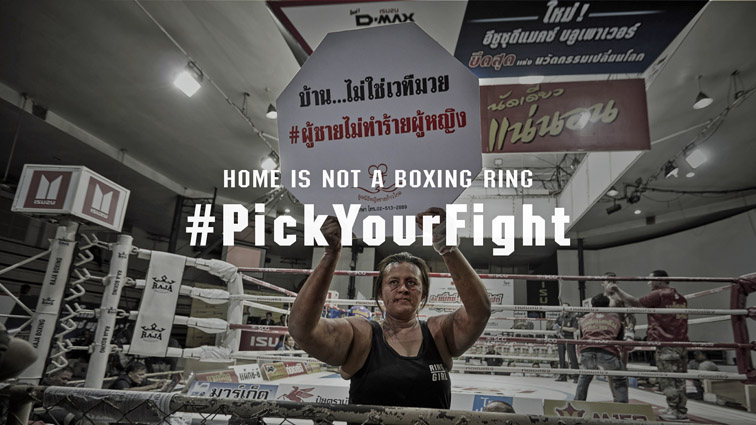 J. Walter Thompson Bangkok teamed with Thailand’s Men and Women Progressive Movement Foundation and X Siam Boxing Stadium to raise awareness that the country, sadly, ranks #2 in the world when it comes to domestic violence.

During a live televised Muay Thai fight, fans were given a sobering reminder of the reality of violence against women when the glamorous Ring Girl was replaced by a real domestic abuse victim – made up to resemble her horrific actual injuries. Instead of displaying the round number, her sign simply said, ‘Home is not a Boxing Ring’ #PickYourFight.

Thousands of kickboxing fans at X Siam Boxing Stadium, one of Thailand’s most traditional rings, were stunned into silence before applauding the victim for her bravery. The stunt, and an emotional interview with the victim, were broadcast to millions at home via live TV. Her image went viral on social media, and people were encouraged to post selfies of themselves holding the same ‘Home is not a boxing ring’ sign, using the hashtag #PickYourFight.

The campaign coincided with the International Day for Elimination of Violence Against Women, on November 25th.