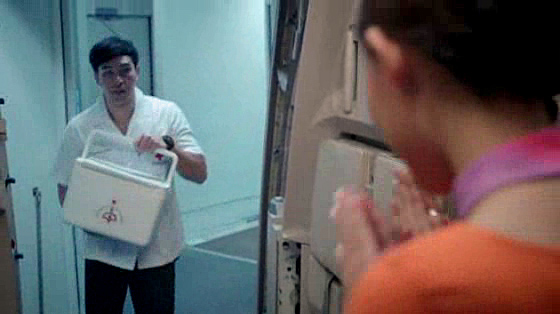 Dream Riders Bangkok has produced an emotional 3 minutes film to promote a Thai Smile Airways new mission together with Thai Red Cross Society to transport organs from donors to patients throughout all domestic routes for free of charge.

“Happy Take Off”, title of the piece, was written and directed by Sanpathit Tavijaroen, a former Thai award winning executive creative director who turned himself as a film director under his own company Dream Riders Creative Production in late 2016.

Tavijaroen said there has been a great feedback towards this highly emotionally campaign. On Facebook it has reached almost two million views in one week. He hope this piece of film produced for Thai Smile Airways will spread out to promote this message to many and will also help recruiting more donors to register with Thai Red Cross Society as well.