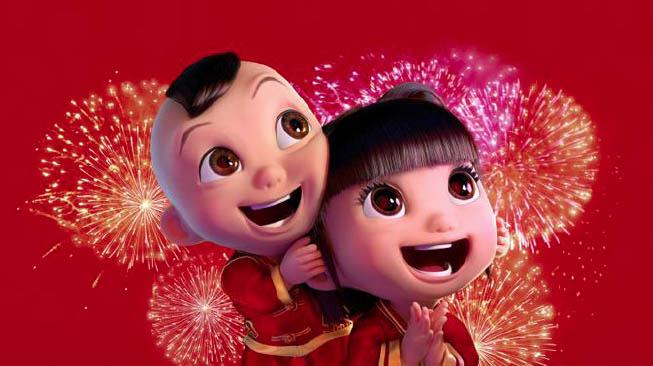 Coca-Cola, in partnership with McCann Shanghai, has launched their annual Chinese New Year campaign, featuring evolved and refreshed versions of their iconic Clay Dolls, which have become synonymous with the annual celebration and the brand.

“We’ve found our Chinese audience to be strongly empathetic towards these characters and their cultural significance for Chinese New Year, having been associated with Coca-Cola for nearly 17 years”, said Richard Cotton, Head of Creative Excellence and Content, Coca-Cola China. “They are Chinese New Year’s mischievous secret helpers and their characters reflect the spirit of the celebration, which is joyful and exuberant.”

For 2018, the Clay Dolls are depicted in scenarios that bring families together for genuine moments of happiness.

Richard Cotton explained further that, “As part of the campaign Coca-Cola and Alipay leverage the latest SLAM AR technology to animate the Clay Dolls into real scenes so

that viewers are able to feel the magic of the moment. They come to life to greet users with tailormade Chinese New Year messages.”

The campaign also continues the use of virtual Red Packets, which Coca-Cola launched on the Alipay platform last year, where consumers click to win real money – with amounts ranging from 0.1 to 99 RMB. Since its release two weeks ago, more than 6,600,000 Red Packets have been given away. This number is expected to dramatically rise leading up to Chinese New Year.