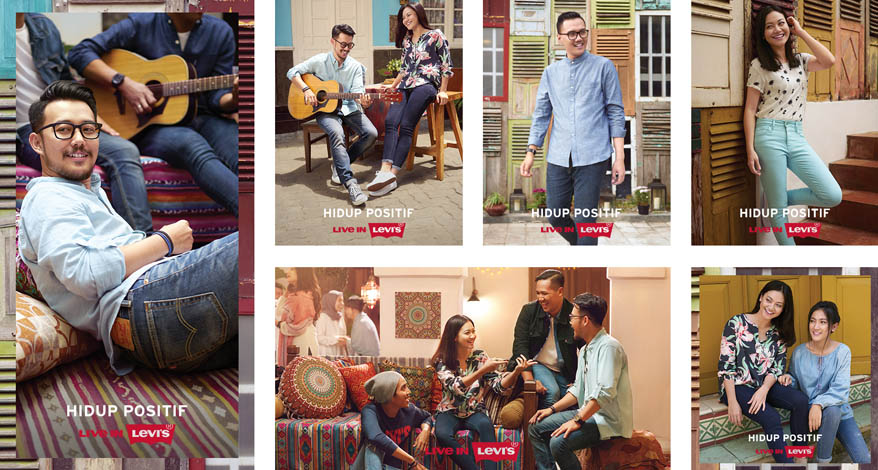 Following the successful Ramadan Campaign of 2017, Levi’s has launched a regional, integrated campaign which will run in Malaysia and Indonesia, conceptualized by FCB Jakarta.

This year’s campaign takes forward the music collaboration concept between upcoming artists by working with Daiyan Trisha from Malaysia and the Indonesian band BATIGA, recent winners of the Levi’s Band Hunt. The concept behind the campaign is ‘Hidup Positf’ or living with purpose and optimism which resonates extremely well with young Asians celebrating Ramadan. Centered on the brand insight of authentic self-expression, the campaign focuses on change of mindset and behavior which is an important part of the Ramadan experience.

“Levi’s brand values of authenticity, positivity, courage, optimism are in sync with the values relevant during Ramadan.  We want to drive a genuine connection with our audience in Indonesia and Malaysia, and give them a strong reason to adopt Levi’s® for their Ramadan moments”, said Eleanor Chin, Senior Marketing Manager, SEA. 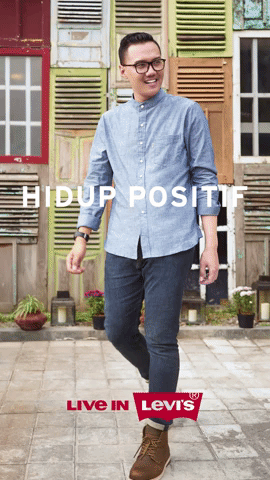 “Ramadan is a time introspection and discovery. It’s also a time about actively making improvements and changes in your life and your surroundings. Using this insight and our brand platform of inspiring authentic self- expression every day, we use our influencers to seed the idea of how simple change in perspective can lead to good things,” said Sony Nichani, Managing Director FCB Jakarta.

“The execution focuses on how simple it is to spread positivity in a cynical world, with small actions. Using inspiring music and visuals, the execution covers the journey of protagonists who move with purpose to be the change they want to see.  They encourage us to look at the bright side of every situation and express unrelenting optimism to life. Candid and authentic execution helps us make Levi’s® avoid clichés and cut through the clutter. We also have created unique style inspiration videos reflecting Ramadan moments, which are produced for the platform that are extremely engaging and attention grabbing”, said Ravi Shanker, ECD FCB Jakarta.

Shot in Yogyakarta Indonesia, an artistic town brimming with music and art, directed by Ithyle Griffiths and produced by Making Name Productions, the music has been composed by Batiga and Universal Music Indonesia taking Sugio Dwinanto Wibowo as music producer, and performed by Daiyan and Batiga. Additional digital content has been developed by Yessica Riany and Elvina Lie from Lieve Production.  The integrated campaign has been launched in the retail environment, cinema, and digital and has garnered over 10 million views within a week of launch.