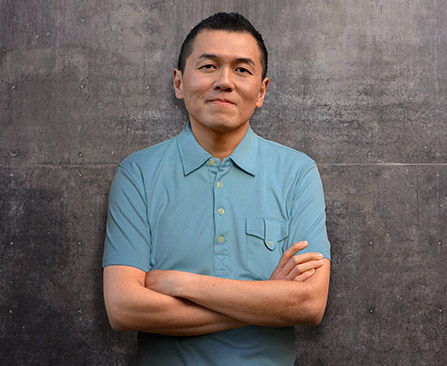 Malaysian creative expat Ronald Ng has announced overnight he is leaving his US based Global Chief Creative Officer role at Digitas.

Ng (left) has spent three and a half years at Digitas since joining from BBDO Singapore where he was Chief Creative Officer. He leaves mid August and will be replaced by the network’s chief content officer Scott Donaton.

Ng could not confirm to Campaign Brief Asia his next step saying “I’m not ready to share news on the next adventure just yet, but stay tuned.”

Initially, Ng joined as Chief Creative Officer of DigitasLBi North America – where he lead the creative output of their six US offices (New York, Chicago, Boston, San Francisco, Detroit and Atlanta). Several months ago he was promoted to the Global CCO role.

Below is the staff memo released by Ng that announced his departure.

As you may have heard, I am leaving Digitas.

My last day is August 15th, my 1,308th Day as a unicorn. And as cliché as it sounds, it has been an absolute privilege. Every day, I looked forward to working alongside you and the bad-ass teams across our offices. And for selfish reasons, to learn from you, to be a better thinker, leader and human.

Through the power of creativity, we experienced great momentum. We dropped the ‘D & G’ in Digitas to take a stand against ignorance. We got the world’s No.1 female wingsuit athlete to do a Dunkin’ pick up at 120 mph. We put Whirlpool washers and dryers in schools and helped 90% of participating students improve their attendance. The list goes on. And on.

Together, we were a connected gang. Strategy, Data, Media, Tech, Content, Account Partners and Creative creating impactful work for the brands and clients we care so much about. We stopped behaving like ‘an agency with a creative department’. Instead we became ‘a complete creative agency’ because of one simple thing… obsessive passion for great work. Truth. Connection. Wonder.? Check! Check! And Check!

And thankfully, the industry recognized our clients’ bravery and your hard work. Thirteen months ago, we won a Cannes Creative Data Lions Grand Prix. We also won the WARC Marketing Effectiveness Grand Prix. We were ranked No. 1 twice in the 2017 Cannes Global Creativity Report. And No. 1 Digital Agency in the World in the 2018 WARC Top 100 Agencies rankings. We did it, gang!

Yet it’s not the shameless list above I’m most proud of. I’m most proud of the amazing unicorns I’ve stood side by side and shoulder to shoulder with, who work so hard to create transformational ideas for our amazing clients day in, day out! And I thank you for letting me be part of it all.

Now, I can’t think of a better person to take this agency forward than Scott Donaton. I get excited just thinking about the possibilities! And under MK’s leadership, powered by Publicis Media, with recently hired and elevated stars like Atit, Andrew, Sue, Jenny, Mike, Peter, Matt, Gary, Molly and Craig, Digitas has nothing but greatness ahead.

I’ll be a unicorn for a few more weeks. I have, and will continue to appreciate every single minute. I will move to another adventure. But I will forever be grateful to you for the privilege to be your leader, student, friend.

Be famous, don’t be strangers.