Seen+Noted: JWT India and JWT Amsterdam join forces with photographer Jimmy Nelson to fight for the preservation of cultural heritage 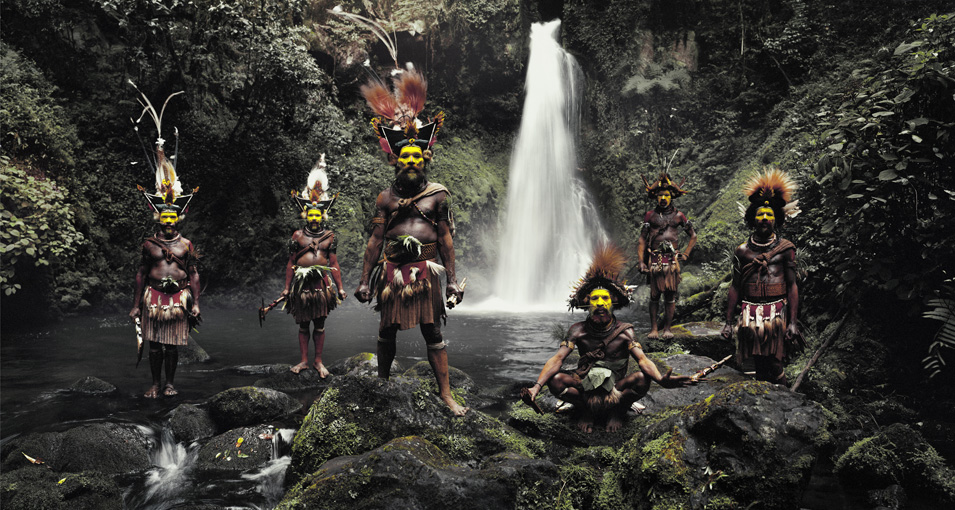 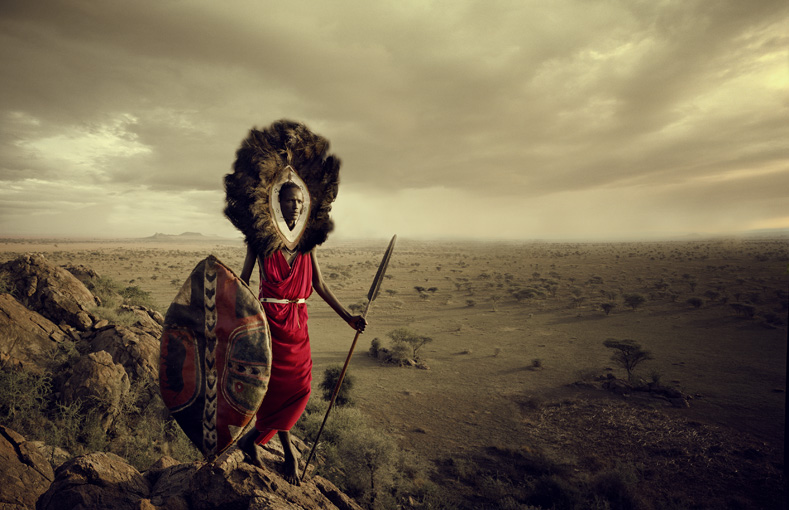 JWT Amsterdam & JWT India have joined forces with photographer Jimmy Nelson to fight for the preservation of cultural heritage. The new campaign portrays the world’s last indigenous cultures in all their glory.

Via the campaign, Nelson is sending a warning that the world is at risk of losing its global cultural heritage by squandering the cultural identities of the last indigenous peoples. The photographer launches a bid to preserve cultural diversity by issuing the caution: ‘Blink. And They’re Gone’. A warning that if we don’t engage with indigenous cultures now, they will be gone forever.

This is illustrated by a campaign conceptualised and created in a joint effort between J. Walter Thompson’s India and Amsterdam agencies.

The campaign kicks off with a short film titled ‘Blink. And They’re Gone’ made using over 1500+ photographs taken by Jimmy Nelson during his journeys into the far corners of the world, showing the never-seen-before images of 36 of the last indigenous communities of this earth.

The images were selected from over one hundred thousand images, covering every picture of indigenous people that Nelson has taken over the last 30 years.

The film took 90 days to edit, and features startling images of the Huli Wigmen from Papua New Guinea, the Kazakhs of Mongolia, the Sadhus of India, the Wodaabe from Chad – and countless others. 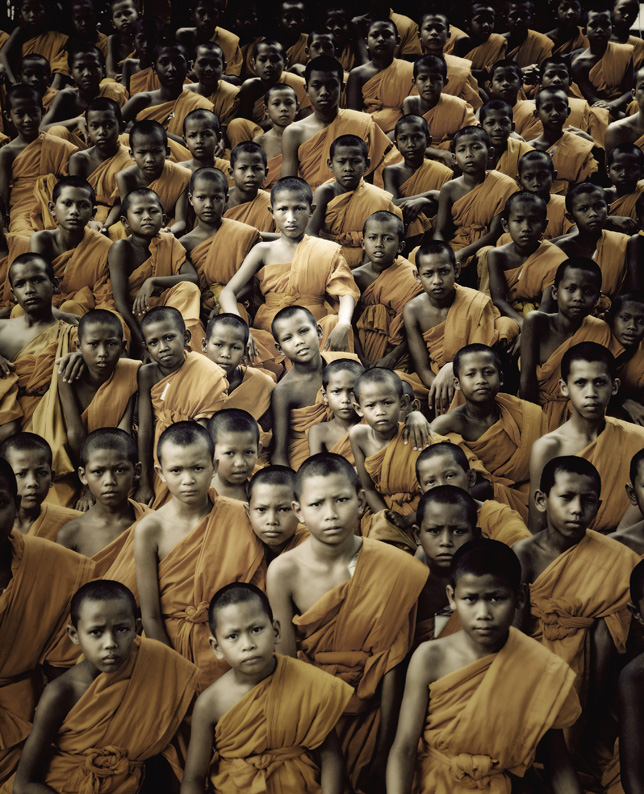 The film is the first start of a wider campaign in 2019, which will see Jimmy Nelson work with J. Water Thompson to raise awareness of indigenous cultures – and to foster pride and respect for their irreplaceable traditions.

Nelson said: “Planet Earth is at risk of losing the cultural identities of the many of the world’s most unique indigenous people. This is a global issue and a result of many escalating factors, including industrialization, globalization and cultural saturation led by the increasing predominance of the internet. Together this sees a homogenization and westernization of the originally diverse cultures of this world.”

Nelson has made it his life’s work to attain understanding and respect for the world’s indigenous cultures through his photography. He presents these cultures in an aspirational and stylized way – which has previously caused some controversy amongst anthropologists and purists. However, Nelson believes that the beautification of indigenous cultures is an important message for greater humanity – and one that is needed now more than ever. Today, in a bid to help safeguard a part of what Nelson sees as the very essence of all of our humanity, he is taking a stand by issuing a worldwide caution.

“If we let the cultural identity of the indigenous people disappear now, it will be lost forever. It’s literally a case of BLINK and they’re gone. And if this happens, we will lose one of the most valuable assets we have – our rich human cultural diversity and heritage. The depth and wealth of our humanity will shrink. This must not happen. Our collective cultural identity is too valuable to be destroyed by homogenization. We must unify and fight to support indigenous cultures and take personal pride in the myriad of their cultural traditions that are still to be found on the planet today.” said Nelson (pictured left).

“I was especially excited to visit the Drokpa in Kashmir. Because of the partition in 1947 there has been political social thermal. The Drokpa had been sort of hidden essentially in a bubble. I had the extreme privilege to be invited and taken there because of my experiences and connections made with the military thirty years prior to that. The Drokpa live in this one very small valley, right at the border of Pakistan, high in the Himalayas. They are still connected to these extraordinarily beautiful traditions and ornaments. In a way it reflects how many years prior to this, how that region must have been far richer, in its diverse and colourful culture and how relatively little there is today.

“As for the Rabari in Gujarat in Rajasthan, their numbers are far more prolific and far more engrained into the deeper soul of the more contemporary day Indian culture. The colours the jewellery, the way especially the women decorate their bodies is like nothing else in the world.” 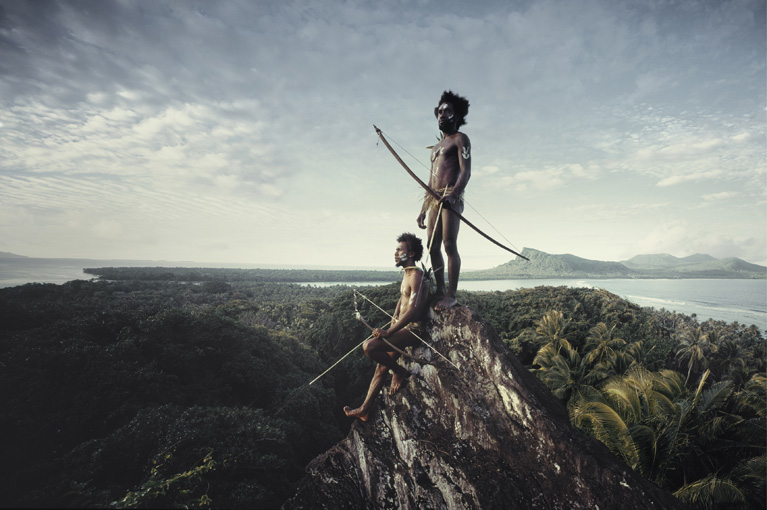 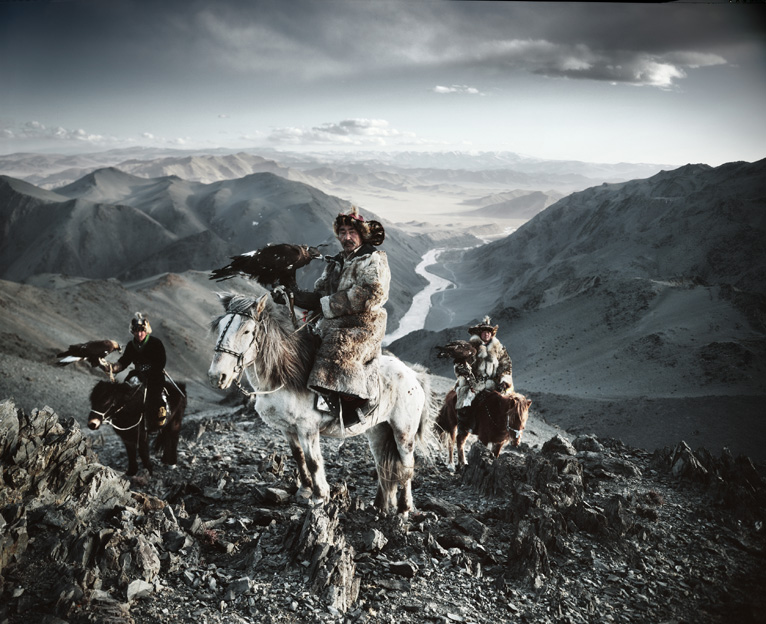 Senthil Kumar, Director of the film & Chief Creative Officer, J Walter Thompson India said: “It was a huge honour to collaborate with legendary photographer Jimmy Nelson and direct this all important film. It was life-changing to travel far and wide across the indigenous earth, through each one of Jimmy’s stunning photographs. The ambition is to share the cultural evolution of these remote and ancient indigenous cultures in a mind blowing form, which will move every viewer to share the experience with the world.”

Bas Korsten, Global Creative Lead JWT & Creative Partner J. Walter Thompson Amsterdam: “When Jimmy contacted me over a year ago I was instantly drawn to his work and his ambition. Jimmy wanted to start a global discussion on the preservation of cultural identity. A discussion like the one we instigated with The Next Rembrandt project two years ago. I’m really happy that Senthil  and I can contribute to this unique project with a mix of creativity and technology.”

In parallel to this global call, Nelson has produced a 525-page photography book, titled Homage to Humanity, which is a deep dive into the stories and traditions of indigenous people. The book combines innovative technology, VR and 360 films with Nelson’s photography to create an immersive experience and deeper understanding of indigenous cultures, including a free-to-download app which allows the viewer to scan every image to reveal behind the scenes film content and intimate stories of the people who have been photographed.

JWT and Nelson’s mission is to use technology – the very thing that is threatening the cultural diversity of the world – for good, to promote understanding and deeper insights across different cultures.  In 2019 this concept will be taken further with the launch of a disruptive technology that will further mobilize the fight to preserve global cultural heritage. 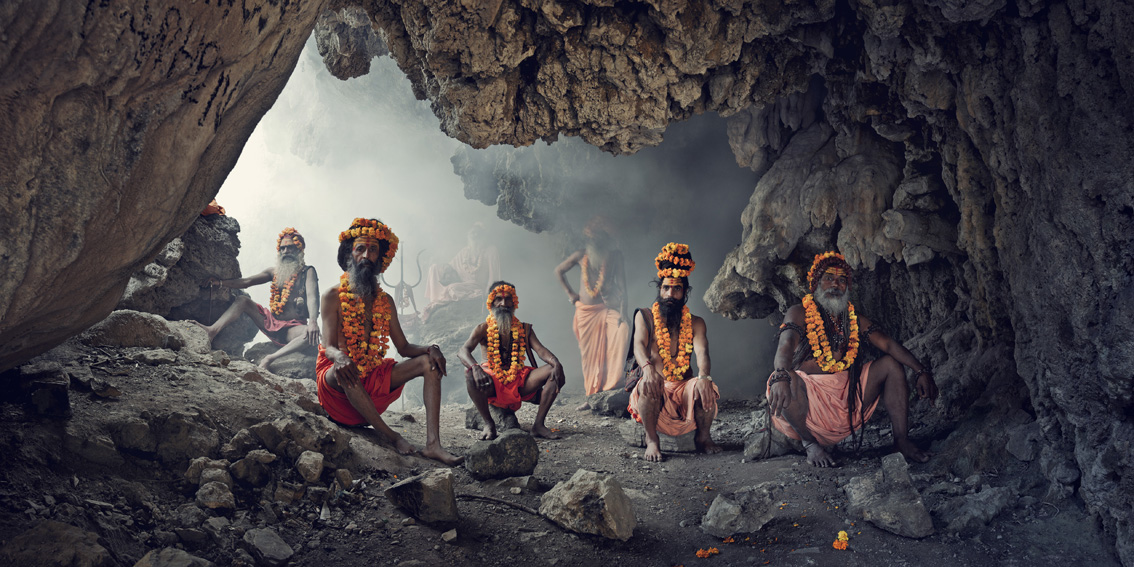 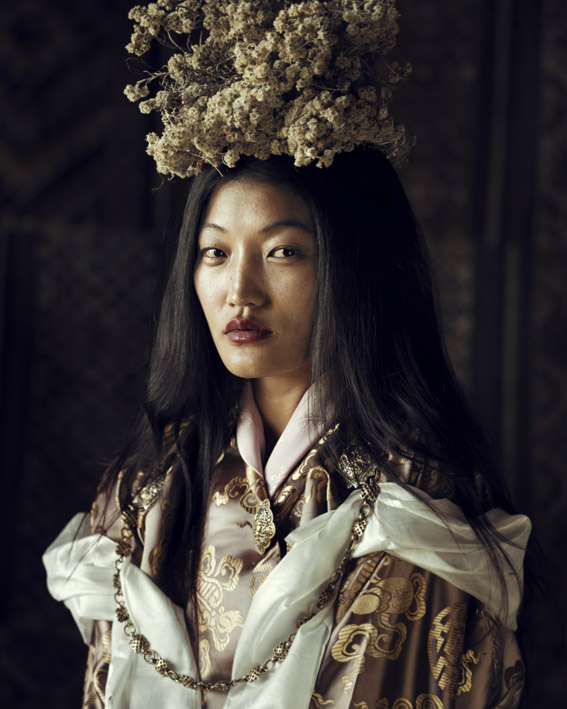 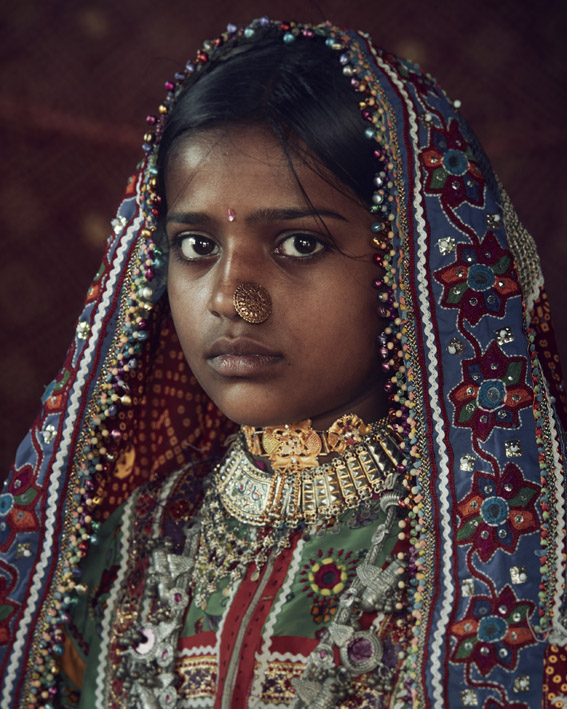 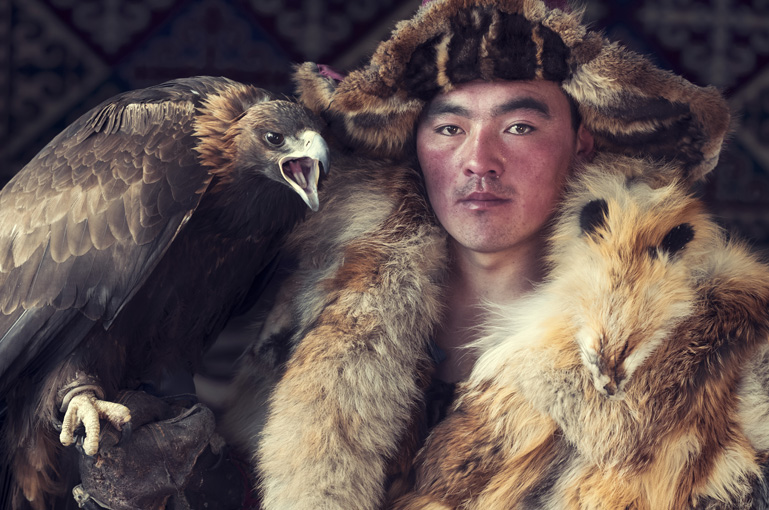 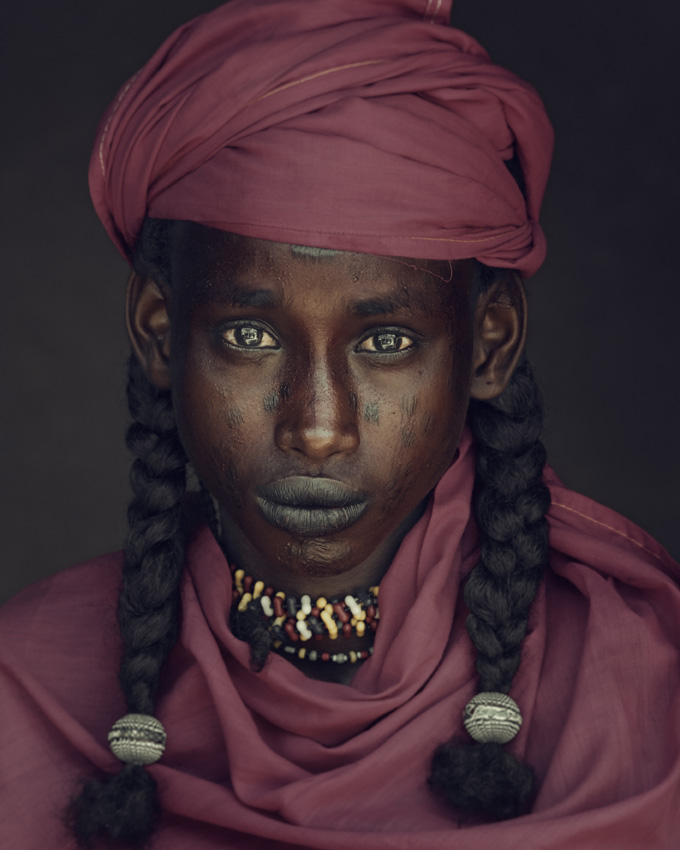