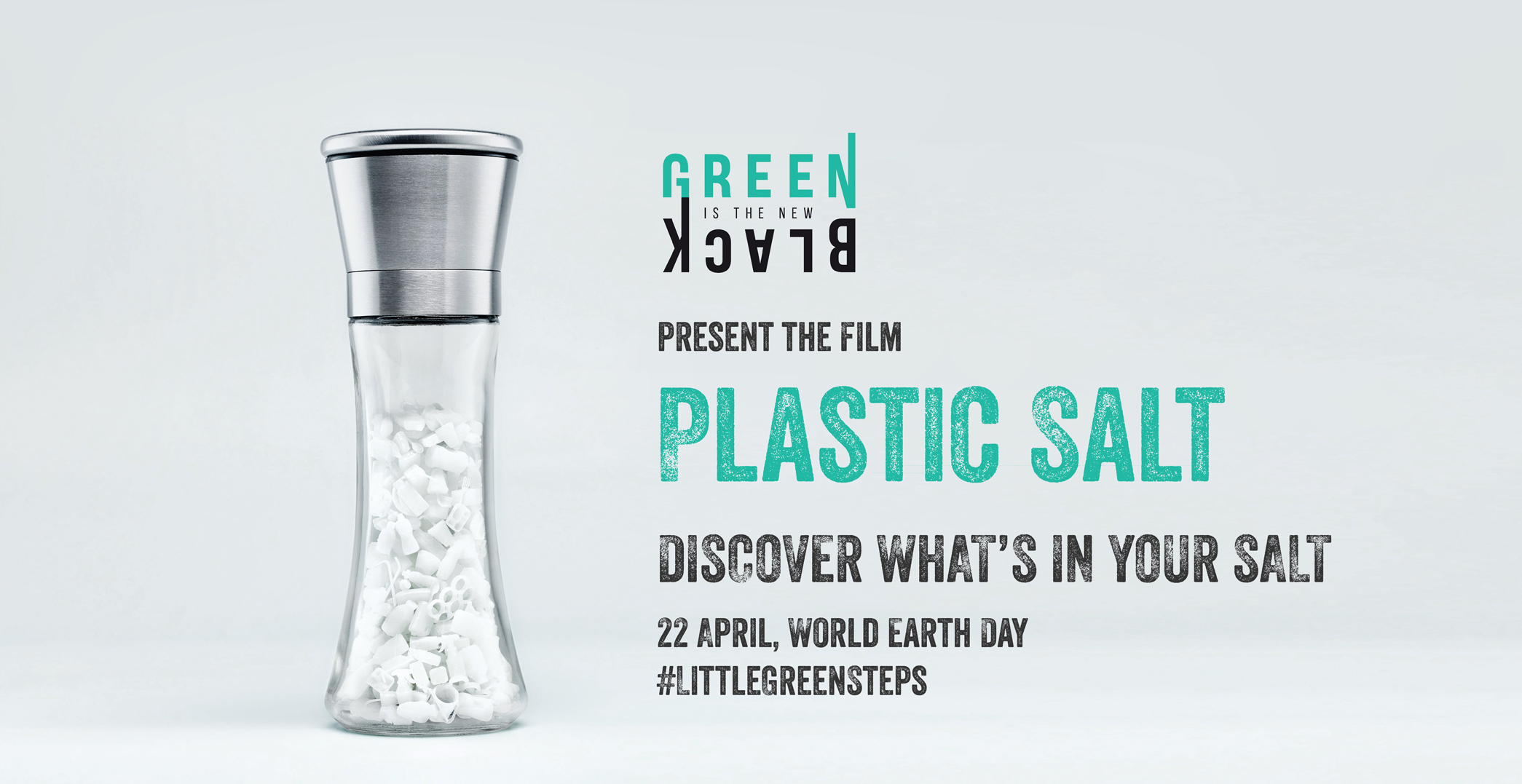 Dentsu Singapore and Green is the New Black today launch a co-produced film, ‘Plastic Salt’ to bring the spotlight back to a grave crisis, where 90% of the world’s salt contains microplastic. Launched today on World Earth Day (22nd April), ‘Plastic Salt’ reinforces the truth that plastic consumption is happening to people through the intake of their daily meals. The film aims to raise awareness and empower people to take action to refuse single-use plastic.

Dentsu Singapore and Green is the New Black share the belief that when individuals make small sustainable changes to their everyday lives we can save our planet for future generations – in brief: #littlegreensteps. World Earth Day presented the perfect opportunity to join forces and raise awareness on how these #littlegreensteps can combat microplastic pollution.

‘Plastic Salt’ brings to light the impact of microplastic pollution through the simple motif of a salt grinder. Using recycled plastic, Dentsu Singapore 3D-printed miniature single-use plastic objects to look like salt, placed them in a salt grinder on tables around Singapore and filmed consumer reactions.

Paula Miquelis, Co-Founder, Green is the New Black said, “Plastic pollution is something that people appear to be very concerned about, but we see a huge disconnect with what people are saying and what people are doing. The simple fact remains each of us is playing a part. If everyone simply refused plastic in the first place, it would make a huge difference. Wherever possible, we need to help to raise awareness of these issues – we need to educate more people and fast.”

“Global plastic pollution has been a grave issue that is still trying to be solved. It’s estimated that 18 billion pounds of plastic enters the world’s oceans every year, and that is expected to double in the next 10 years. By 2050, it’s said that there will be more plastic in oceans than fish by weight. In the context of Singapore, research by a Final Straw and Cyan Project found that people go through 2.2 million straws a day, and that amount is enough to cover Singapore’s coastline twice over. The issue is that most people can’t relate this to their daily lives. ‘Plastic Salt’ is a simple but powerful idea that is showcasing just how bad the issue is and showing that it’s coming directly back to us – we are literally eating plastic every single day. And we have no idea what the long-term effects are going to be on us and our future generations,” added Stephanie Dickson, Founder, Green is the New Black.

Chloe Rees, Partnership Director and Social Impact Lead, Dentsu Aegis Network Asia Pacific, commented, “Last year was the beginning of our sustainability journey regarding single use plastic in Singapore. While we don’t know what the future will hold, our actions today do have an effect on the years and decades to come. We want to continue inspiring local (and global) businesses to take #littlegreensteps to reducing their dependency on plastic. As testament to this, we have produced our first film, ‘Plastic Salt’, to raise awareness on microplastics both in Singapore and at a global scale on World Earth Day.”