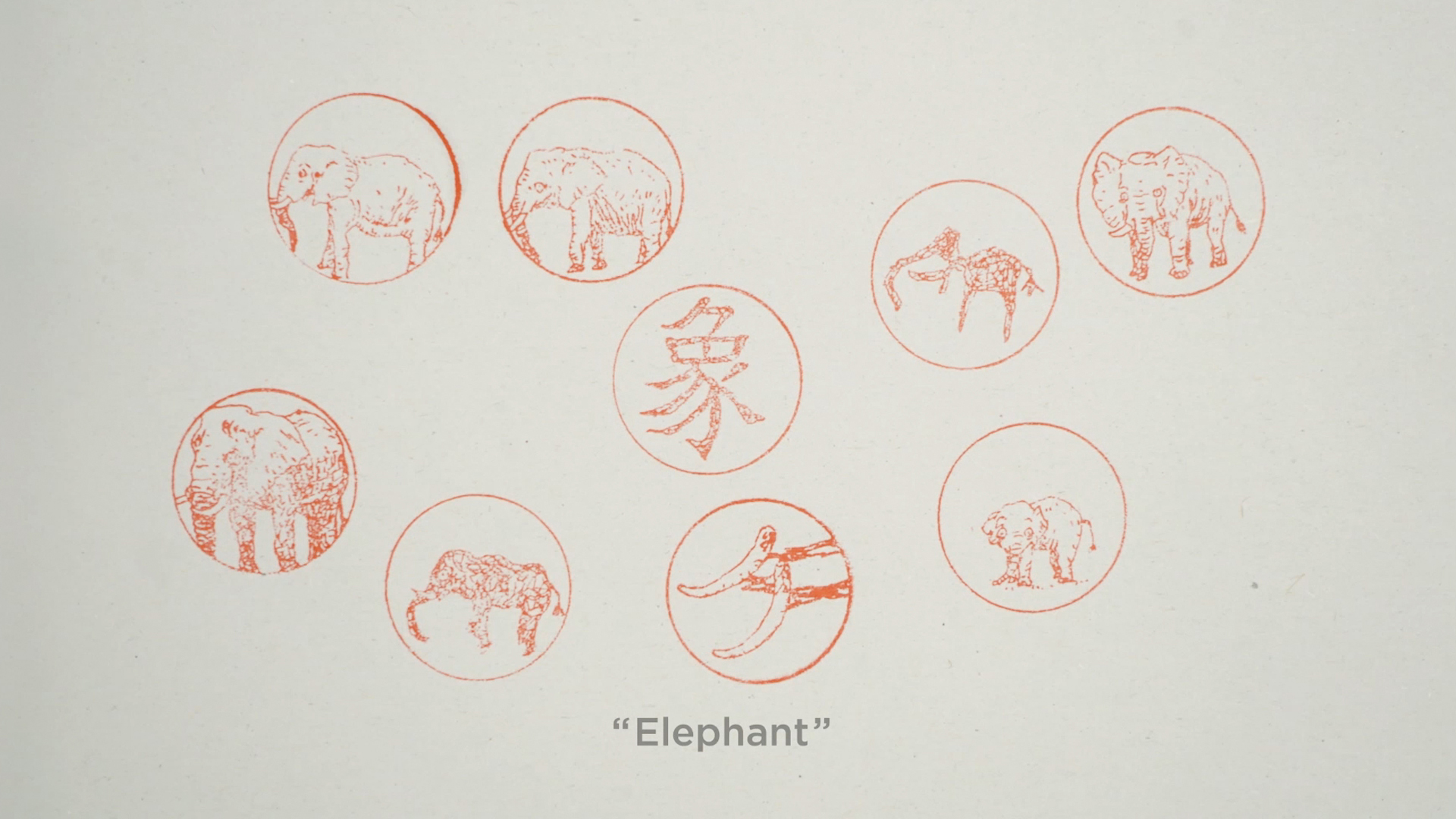 WildAid Japan and non-profit organisation, Tears of the African Elephant, have teamed up with Grey Tokyo to launch an anti-ivory awareness drive, by creatively using Japanese stamp seals known as ‘hankograph’.

A part of Japanese culture, personal stamp seals, known as ‘hanko’ are used as official signatures on formal documents such as contracts and marriage registration. They can be made of ivory, wood, stone or titanium & carbon shaft. Unfortunately, eighty-percent of Japan’s ivory consumption is utilised for hanko, as people choose it without fully understanding or having complete knowledge of the global elephant crisis.

Grey Tokyo and Koji Yamamura, an Academy Award-nominated animation artist, created the campaign by meticulously using 500 wooden stamps and 2400 frames of refined craftsmanship to produce the two-minute film which creatively promotes the anti-ivory initiative to put an end to ivory trade and consumption in Japan.

After the US and China announced its ban on domestic ivory trade in 2016, and with China closing the trade in 2018, Japan has now become one of the largest ivory markets in the world. The UK, France, the Netherlands have followed too and Singapore, Hong Kong and Taiwan, all former major ivory markets, are currently also preparing for closure following their announcement to close the ivory trade.

In time with Earth Day (Protect our Species), the film animation was released online as well as featured in newspapers and on prominently placed billboards (e.g. Tokyo’s main railway station -Ueno station). With the support of celebrities such as Jackie Chan, Christel Takigawa and Ayako Kisa, this campaign aims to spread the idea that Japan needs to move forward and join the rest of the world in becoming ivory free. WildAid Japan and Tears of the African Elephant are putting in every effort in hope for Japan to announce this before the Tokyo Olympics 2020.

“As the last major legal market, we hope that Japan can join the global community in ending legal sales of ivory as soon as possible. After thousands of years of ivory trade decimating elephant populations, it would be a historic moment winning the nation great acclaim globally.” – Peter Knights, CEO and founder of WildAid

“Hanko can be replaced by several other materials. Since most of the ivory in Japan is used for hanko, if people start making hanko from other materials, it would be a big step forward to changing the situation in Japan.” – Airi Yamawaki, Director of WildAid Japan and founder of Tears of the African Elephant.

“The deep underlying issue is that the majority of Japanese people are unaware that Japan is a high ivory consumption country. And that African elephants are an endangered species. Hanko stamps are an essential item for Japanese people because it represents your signature and carries your name. More so a reason we want people to think, consider and choose a sustainable material for making a hanko stamp. With Hankograph art, created from 500 wooden hanko stamps, we sincerely hope that our message gets across to as many people of Japan and becomes a trigger for change.” – Masanori Tagaya, Group Creative Director, Grey Tokyo

The campaign also calls upon the public to share the animation and to take action by joining a petition to support the closure of the domestic ivory trade – www.noivory.jp 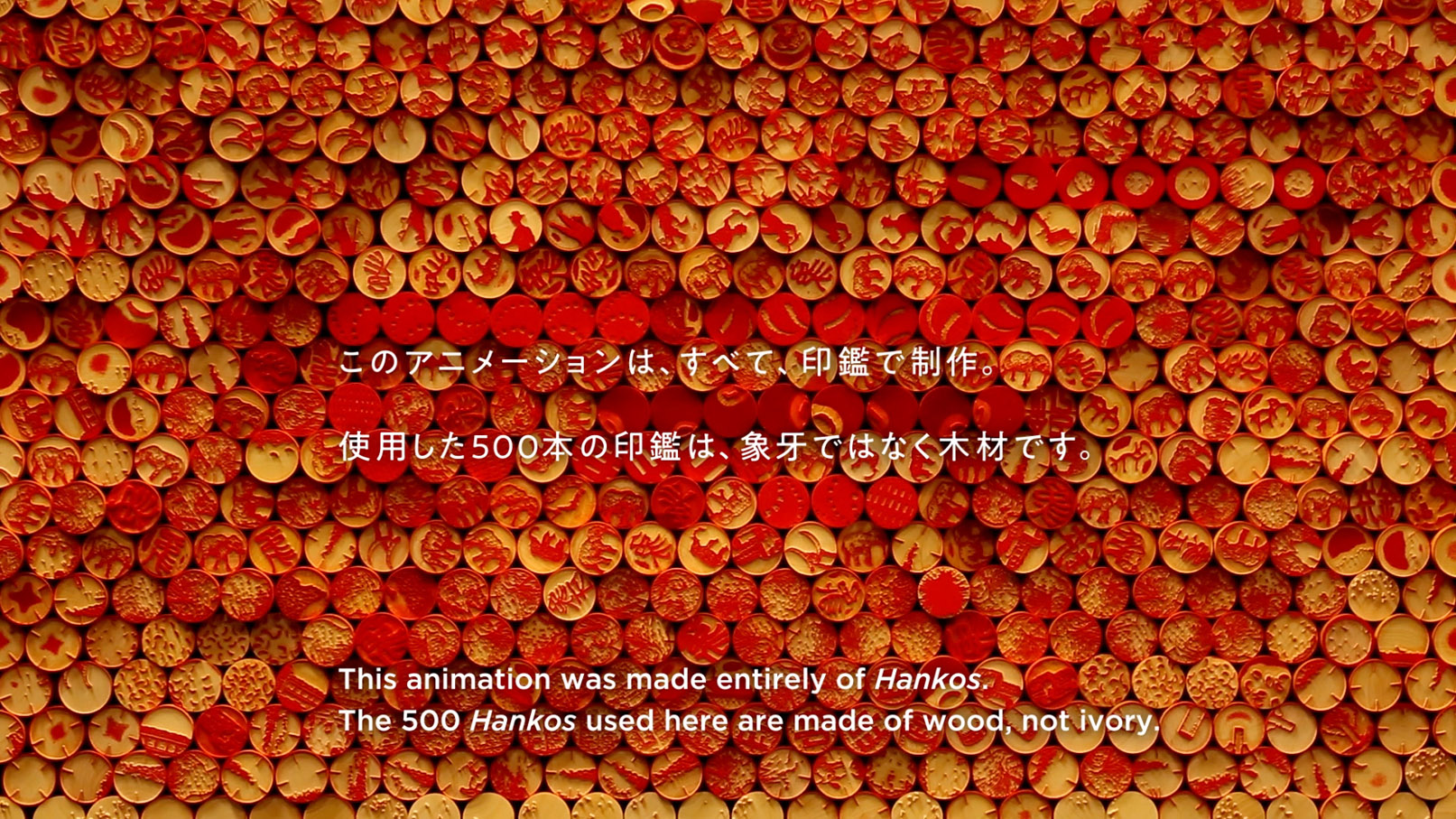