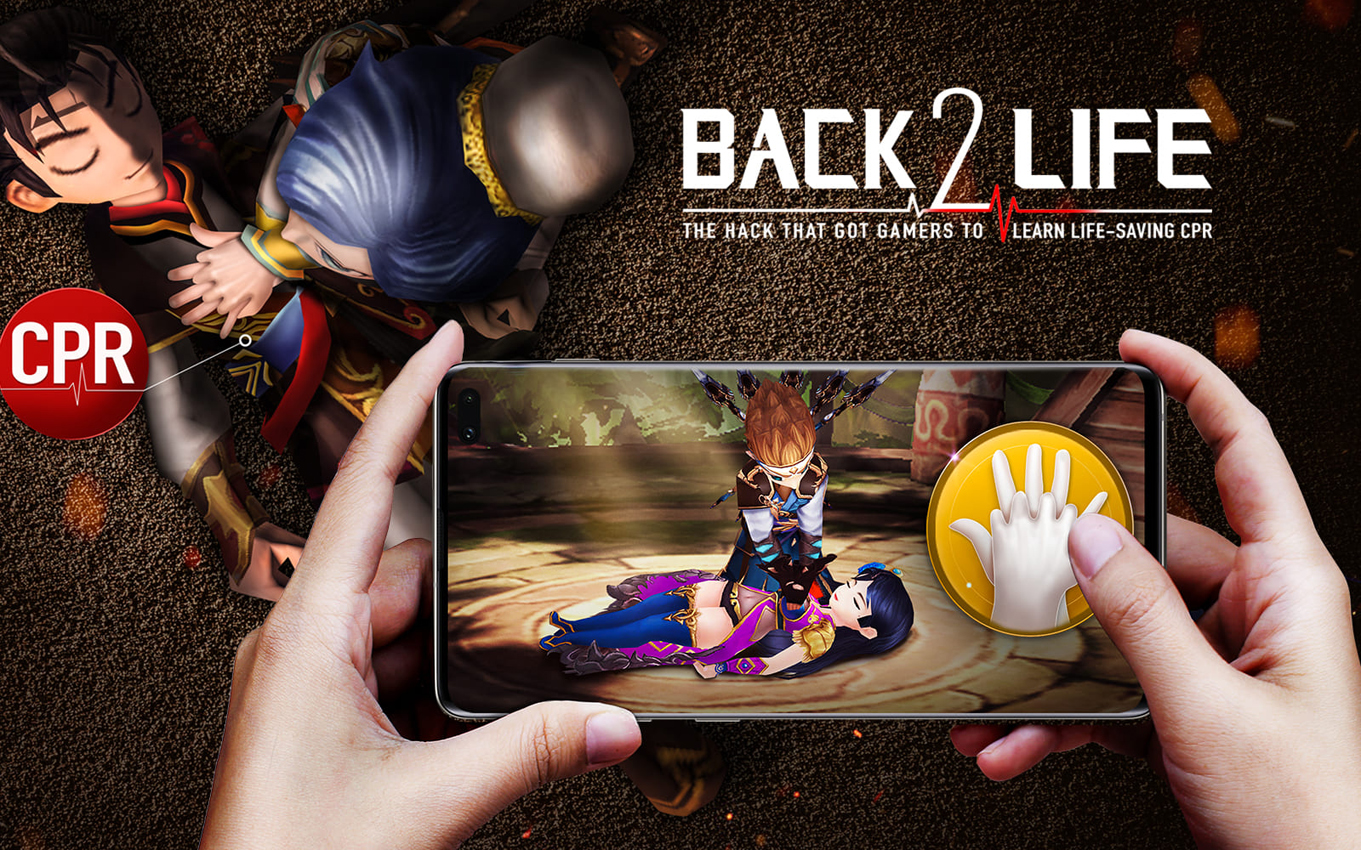 In this campaign, Cheil cooperated with Blood River, which is one of China’s most famous MOBA (Multiplayer Online Battle Arena) game platform, and hacked into this game to get gamers to learn life-saving CPR.

In China, less than 1% know how to perform CPR*. The BACK2LIFE campaign, created jointly by Cheil PengTai and Cheil Worldwide Hong Kong, aimed to solve this problem.

Even though it’s a matter of life-and-death, most people only realize the importance of CPR when they’re faced with death. On the other hand, China is the world’s largest game market. Therefore, the virtual moment of death in the game can be the best time for young people to get CPR training.

When gamers lost their lives in the game, they unexpectedly found out that CPR can revive their role. After several times of virtual deaths in the game, the game player repeatedly receives training for CPR. That means, the more they play, the more CPR training they get. 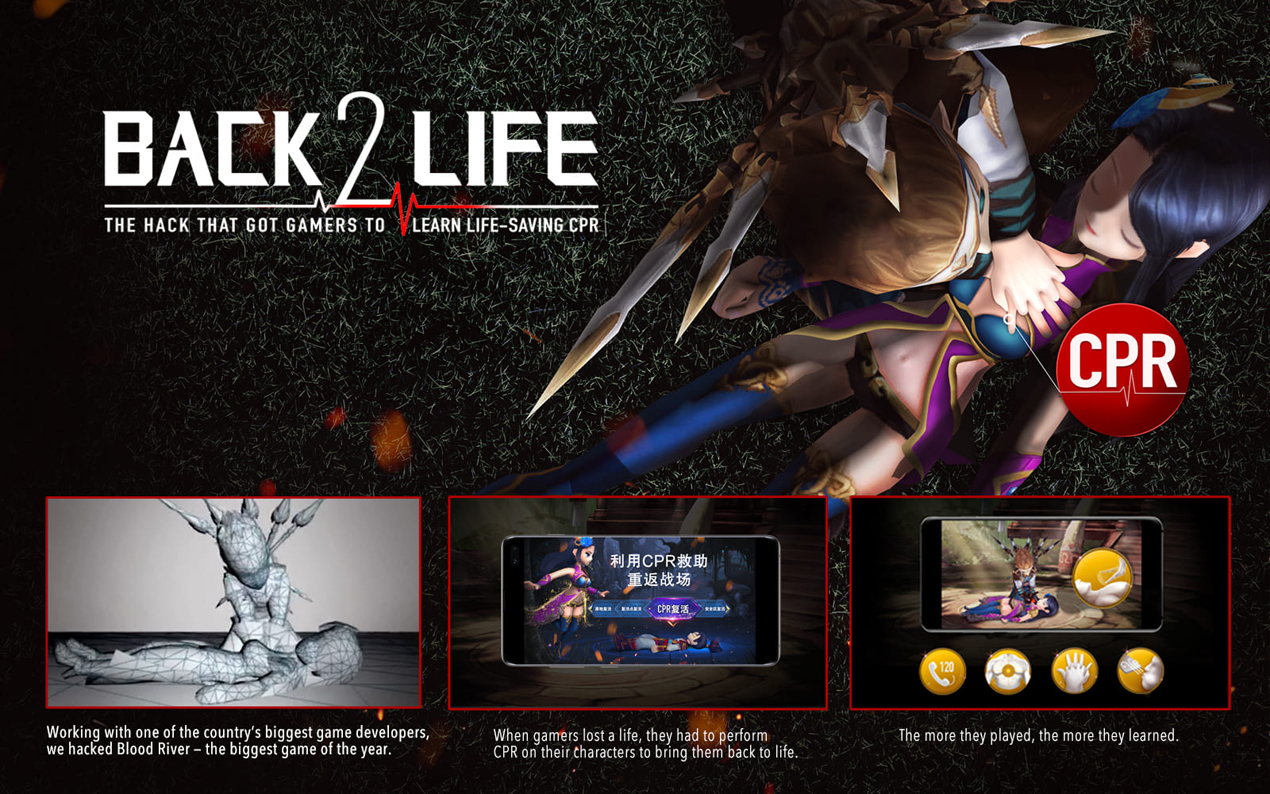 During the two-week hijack in the Samsung Galaxy Store, over 3 million gamers performed CPR training to bring their characters back to life. This fun and easy way to learn CPR skills has effectively promoted the popularity of CPR in China.

Steve Feng, Chief Marketing Officer of Samsung Electronics, Greater China, said, “In a country where less than 1% know how to perform CPR, BACK2LIFE is an idea in which creativity plays an important role. By creating a fun and easy way to learn CPR, BACK2LIFE uses life-changing creativity to potentially save lives.”

*Data from CCTVNews and People.com