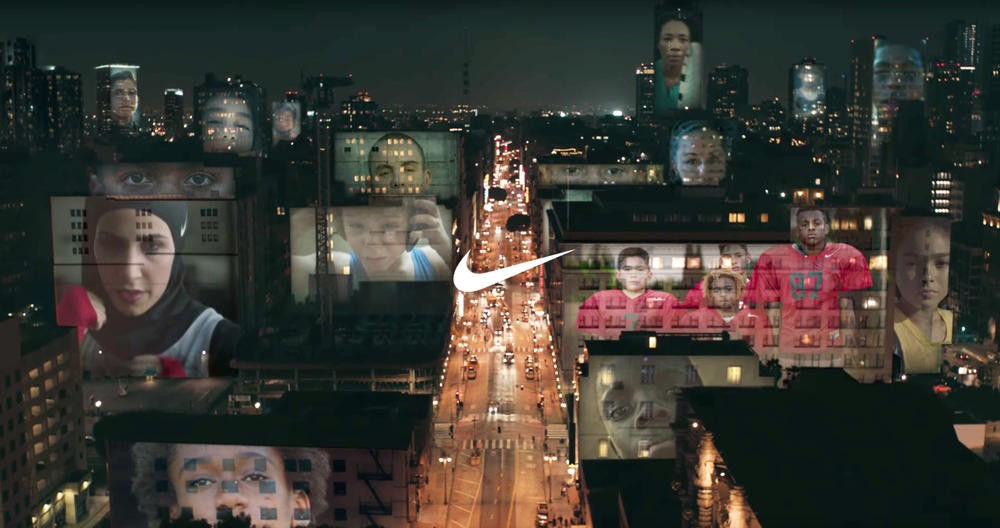 Today, Leo Burnett Worldwide published its 32nd annual Cannes Predictions, a list that forecasts the top 20 contenders for the industry’s most prestigious global awards. The 66th Cannes Lions International Festival of Creativity will be held in Cannes, France, from June 17-21, 2019.

Says Tutssel: “The creative communications landscape is rapidly evolving and award-winning work is more and more diverse. This year’s Cannes Predictions are a true patchwork quilt of creative ideas that connect with people, harness human emotion and add value to people’s lives. Our industry’s greatest charge is to use creativity as a tool to create human value and move people to act.”

The annual Cannes Predictions list is compiled from a yearlong evaluation of work that reflects global industry trends. This year, four trends emerged:

If there’s been one macro trend over the past decade, it’s that more brands are acting with conviction. This year, two of the biggest voices on planet earth doubled down to drive change: Nike took a risk in making Colin Kaepernick the face of its new global campaign, “Dream Crazy,” but as a brand that’s consistently lived its purpose, the partnership with this civil rights entrepreneur landed like a cultural atom bomb. Meanwhile, Adidas tapped the trailblazing Billie Jean King, and celebrated her trademark blue shoes, worn in the historic “Battle of the Sexes,” by offering to transform any pair of kicks into a version of the iconic three-striped tennis shoes in “Billie Jean King Your Shoes.”

Essity followed up its Glass Lion-winning “#BloodNormal” campaign with something equally audacious that’s earning equal applause from its audience. There’s no question that the clever metaphors of “Viva La Vulva” make for a visually stimulating film that’s changing the conversation.

The advent of AR and VR has presented a challenge for brands – how to use these technologies beyond the novelty. Carling’s “adDRESS the Future” does this brilliantly, creating a digital wardrobe that could be worn by users on social media to curtail the physical waste of gratuitous shopping. The fusion of our physical and digital realms also came to life through Microsoft Xbox’s “Football Decoded,” which translated the action on the real field into its gaming equivalent. Each time a player on the pitch made a key play, his action was presented on the perimeter boards. This new language for “the beautiful game” became a next-gen hybrid of entertainment and gaming tutorial.

When Leo Burnett launched its HumanKind philosophy almost ten years ago, it charged the industry to reorient and focus on “Acts, Not Ads” – work infused with purpose that creates real value in people’s lives. Nearly all of this year’s contenders are examples of this ethic – from Burger King trolling competition using guerilla tactics in “Whopper Detour” to IKEA challenging the public to find its modern furniture surreptitiously placed in “Museum of Romanticism.”

We’ve long seen outdoor campaigns that create theater of the streets. This year, several contenders tuned in to what was happening on the streets to gin up drama. Country Time Lemonade’s “Legal-Ade” campaign tapped into an injustice happening across America where kids’ lemonade stands – a summertime rite of passage – were shuttered by local government bureaucrats. This turf war became theater of a new order as the brand committed to legal defense for young entrepreneurs caught in the storm.

All around the world, Acts abounded this year: In Paris, Centre Pompidou legitimized itself as a museum by creating its own souvenir model that was pitched to tourists by street salesmen in “Souvenirs de Paris.” In New York City, Broadway stole the limelight from Super Bowl XXI, as Skittles eschewed a film for a full theatrical production in “Broadway the Rainbow.”

Data and intelligence are the most sought commodities, but if data is the new oil, the magic happens at the refinery, where it’s distilled into actionable insights. This year we’re seeing more work using data to move people to act. Case in point: Pernod Ricard’s “The Time We Have Left,” which created an algorithm to calculate the amount of time we have left to spend with our loved ones. Not only did the work surge into popular culture and become the most-watched Spanish ad of all time, this powerful data point changed the behavior of thousands around the world, proving that data, coupled with creativity, is a formidable force.