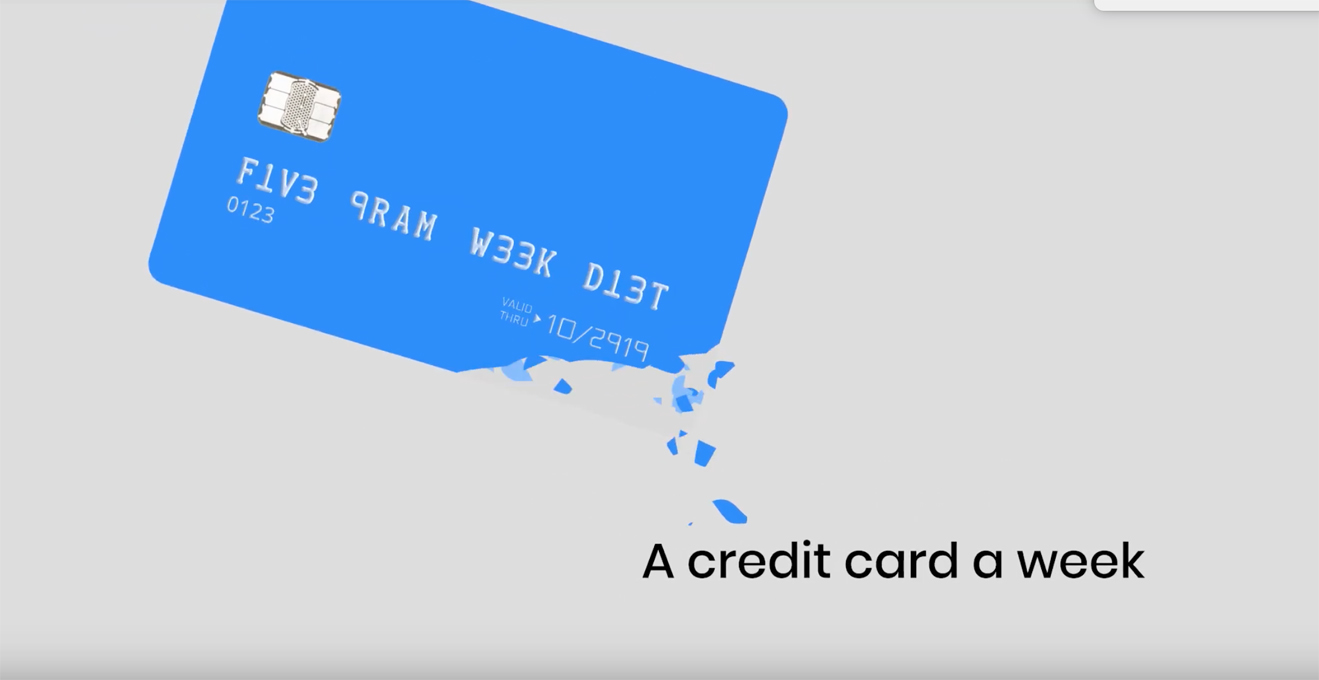 Grey Malaysia has released a new campaign to highlight a new study by WWF finds that, on average, people could be ingesting approximately 5 grams of plastic every week, which is the equivalent weight of a credit card.

The analysis ‘No Plastic in Nature: Assessing Plastic Ingestion from Nature to People’, based on a study commissioned by WWF and carried out by University of Newcastle, Australia, suggests people are consuming about 2000 tiny pieces of plastic every week, which equates to approximately 5 grams a week, 21 grams a month, just over 250 grams a year.

Helping launch the new findings is a consumer engagement campaign ‘Your Plastic Diet’ created by Grey Malaysia. The campaign uses commonly recognised household objects made of plastic to quantify the amounts of plastic we are ingesting to make the findings more relatable and shocking. Launching worldwide via the WWF network to countries including Singapore, Australia, Japan, Columbia, Mexico, Germany and UK, the campaign includes TV, digital, online and outdoor. 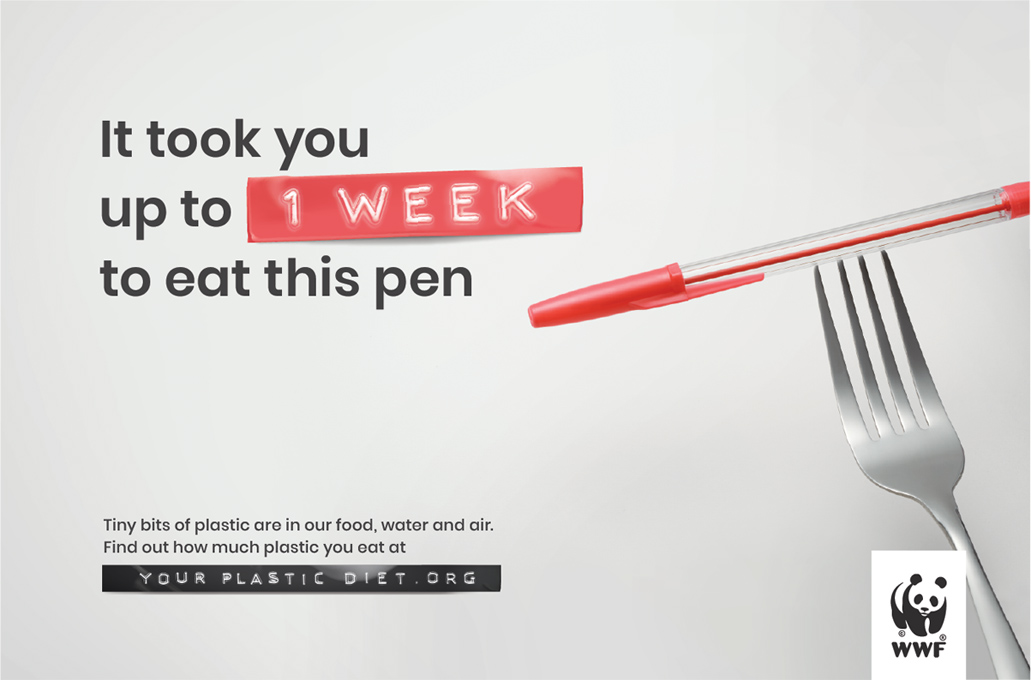 The fully integrated campaign leads people to a campaign website www.yourplasticdiet.com that allows people to take a test that, based on their individual diet, uses the study findings to approximate their likely personal weekly plastic consumption. WWF is mobilising the public to support a global petition calling for a legally binding treaty on marine plastics pollution. The treaty would establish national targets and transparent reporting mechanisms that extend to companies.

The University of Newcastle is the first to combine data from over 50 studies on the ingestion of microplastic by people. The findings are an important step towards understanding the impact of plastic pollution on humans. The single largest source of plastic ingestion is through water, both bottled and tap, all over the world.

“These findings must serve as a wake-up call to governments. Not only are plastics polluting our oceans and waterways and killing marine life – it’s in all of us and we can’t escape consuming plastics. Global action is urgent and essential to tackling this crisis,” said Marco Lambertini, WWF International Director General.

“While research is investigating potential negative effects of plastic on human health, we are all clear that this is a worldwide problem that can only be solved by addressing the root cause of plastic pollution. If we don’t want plastic in our bodies, we need to stop the millions of tons of plastic that continue leaking into nature every year. In order to tackle the plastic crisis, we need urgent action at government, business and consumer levels, and a global treaty with global targets to address plastic pollution,” continued Lambertini.

No Plastic in Nature: Assessing Plastic Ingestion from Nature to People calls for governments to step up and play a key role in ensuring all stakeholders in the entire chain in the plastic system, from manufacturers to producers, are held accountable to the common goal of ending plastic pollution.

“While the awareness of microplastics and their impact on the environment is increasing, this study has helped to provide an accurate calculation of ingestion rates for the first time,” comments Dr Thava Palanisami, project co-lead and microplastics researcher at the University of Newcastle.

Ingestion is just one aspect of a much wider plastics crisis. Plastic pollution is a major threat to wildlife, not only through microplastic ingestion but via entanglement and habitat destruction. Plastic pollution also has damaging economic consequences, with the UN Environment Programme (UNEP) estimating its annual economic impact on the ocean economy at US$8 billion.