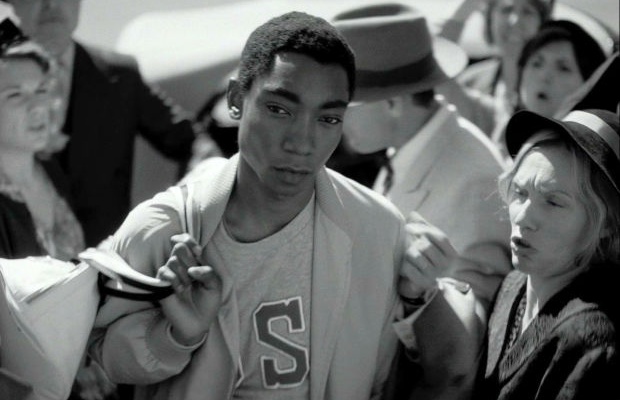 This morning, the legendary Saatchi & Saatchi New Creators’ Showcase enticed over 2,000 Cannes delegates to get out of bed and invited them to be inspired, educated and entertained.

Taking place at the Lumière Théâtre at the 2019 Cannes Lions International Festival of Creativity, the show lasted 60 minutes and presented the very best, groundbreaking directorial talent from across the globe. Working closely with Facebook, Google, Twitter and Instagram, the NCS celebrated the very best in creativity, storytelling and innovation. Its aim is to provide a platform that rejoices up-and-coming talented creators.

Previously known as New Directors Showcase, the NCS took a new direction this year and chose to highlight the ever-changing craft of filmmaking and storytelling. This year’s NCS reflected modern storytelling taking into account the wide range of platforms stories are consumed on, highlighting the theme ‘Stories Unleashed’.

To introduce the Showcase, and celebrate the new theme of NCS, a short film was shown to the audience, directed by Trim Lamba whose Snapchat story called ‘Cracked Screen’ was featured in 2017 at the NDS. Trim is represented by production company Prettybird and collaborated with Weirdcore for animation.

His film called ‘The Multi-Storey’ showed a director seeking guidance on how best to produce an inspiring story in today’s multi-screen and multi-format world. In the film, the director gains crucial thinking and insight from key creatives at Google, Facebook, Instagram and Twitter.

Trim said: “It came as a huge surprise to play at the NDS in 2017 and to be invited back so quickly, and within such a creative capacity, is a deep honor. This film invites audiences into a multi-storey building containing multiple digital stories. A similar vision was shared by our interviewees who suggest the future of storytelling might see us extending “beyond the screen” where the physical and digital will entwine. What also emerged was their open, collective invitation to disrupt the screen: eschewing traditional practises that might limit storytelling. In keeping with this irreverent spirit, we hope the opening film will inspire audiences as much as it will inform.”

This compelling film aimed to show the importance of keeping creativity at the forefront in a world where technology and platforms are developing rapidly and audiences are quick to click and swipe.

Kate Stanners, chairwoman and global chief creative officer at Saatchi & Saatchi says: “Today we have so many places in which to tell our stories. Social media platforms and mobile technology have given us an extraordinary set of tools to play with and audiences to share and reach. With technologists giving us ever more immersive opportunities the NCS captures all these different channels and highlights the significance of the context in which audiences now take on an active role to consume stories.”

The 20 creators selected for the New Creators Showcase reel 2019 are below:

Billy Boyd Cape – Pride In London ’Somewhere Over The Rainbow’