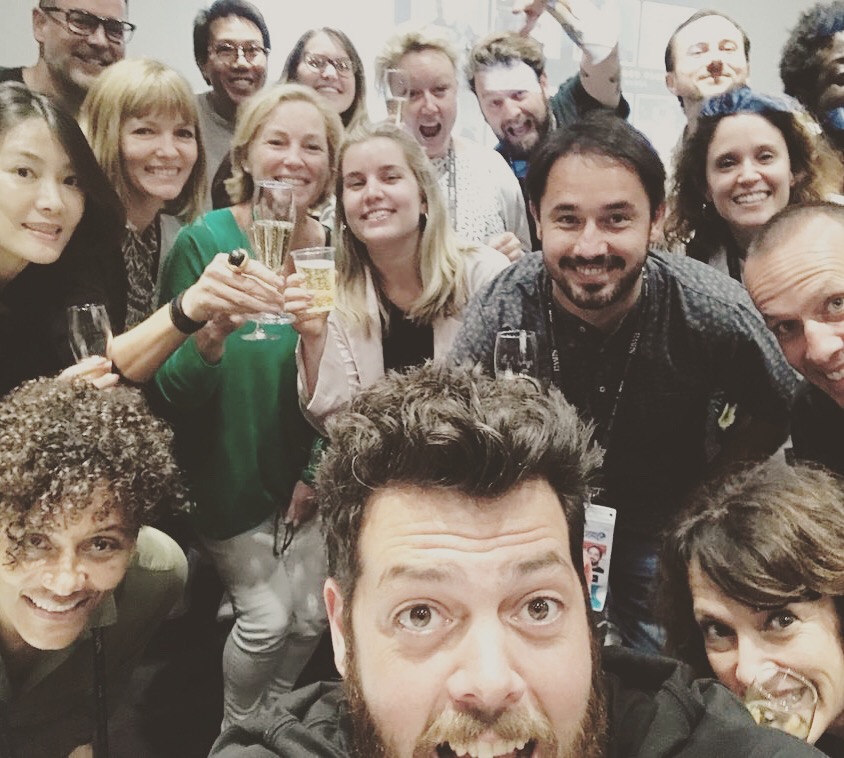 Emily Bull, co-founder and managing director at Hellofuture.TV is on the Cannes Entertainment Lions jury. Bull, along with several other jurors writes exclusively for Campaign Brief.

So my last final and a little bit delayed post. I held off writing my last post until today, so I could talk about the Grand Prix (and also get over my Rose headache which has sadly not worked and has turned into a permanent fixture.)

I’m inspired and motivated to come home with my brain and my heart full of so many learnings. Be prepared to be bored by me talking about this trip and the work for the coming 6 months. I feel a longer Cannes blog review coming on, (watch this space).

As the judging process progressed it was very clear that one of the big trends for 2019 was brands being bold and not just standing up for a moral/social/environmental issue but having a point of view, having a voice and fuelling the conversation. Watching the awards show and hearing the presidents speak, it became clear this wasn’t just in the our category but a festival wide theme. Key films such as Bluesman and Childish Gambino winning Grand Prix in Ent. Music and Nike Dream Crazy winning in Ent. Sport and so much more.

I think for me the other really interesting trend that arose, our 3 Grand Prix Contenders, Nike, Fortnight and 5B all ended up with little financial investment – either because they were funded independent (Nike) or were a low cost idea (Fortnight) or were sold to distribution for the same amount as the financial cost (5B). This is a remarkable trend, and I think a true indicator of where the Entertainment category is headed when the brand allows the piece to be pure entertainment.

The Grand Prix winner, 5B for Johnson & Johnson, was for me a perfect piece of branded entertainment. The brief was to strengthen the connection and story J&J have with nurses. (I should add that this film follows on from over a decade of J&J having nurses backs, fighting in support of their issues, and investing in communications as nurse advocates. This prior work means that J&J aren’t just standing up for nurses right now, but have a long and authentic connection to them.

J&J’s products connect with the notion of touch, and 5B is a story of touch. It follows the ups and downs of an AIDS ward in San Francisco and documents the period through beautiful stock footage, matched with interviews with the nurses, family and friends. It’s perfectly crafted with rich characters, (even villains), beautiful footage, drama and superb story telling. You felt at all times the importance, the power and the sacrifices nurses make day in and day out. It was a pleasure to reward a brand and their agency for such awesome work. You can catch the full film at the Melbourne film festival in August. (Trailer also above)

A final thank you to the most amazing bunch of humans I had the honour to be on a jury with. A group of diverse, intelligent and loving people like no other. I hope to always wake up to 70 missed WhatsApp messages from you all. Until Carnivale my friends.