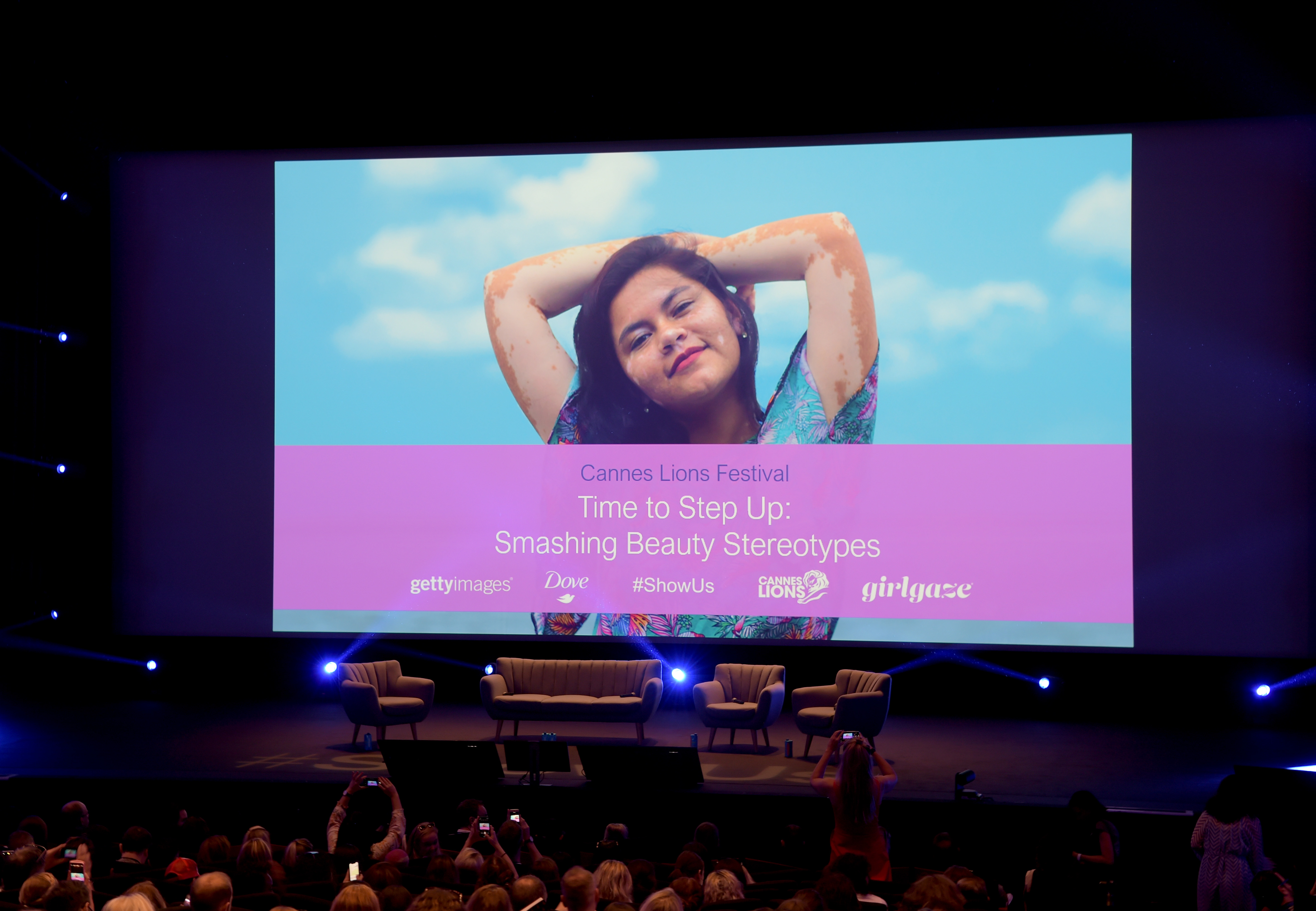 Shonda Rhimes and Dove, together with partners Getty Images and Girlgaze called on the industry today to step-up and take responsibility for the images they use in media and advertising as part of the panel Time to Step Up: Smashing Beauty Stereotypes.

The ambition was simple – to encourage the industry to accelerate the change and to challenge stereotypes and beauty norms, highlighting the serious impact pressure from media and advertisers is having on women’s wellbeing. The move follows the recent launch of Project #ShowUs – the world’s largest stock photo library created by women and non-binary individuals to shatter beauty stereotypes by showing women as they are, not as others believe they should be.

Shonda Rhimes (pictured below), award-winning television producer, screenwriter and author led a lively panel discussion moderated by June Sarpong MBE, presenter, author and world leading diversity expert and advocate discussing how women globally are calling for a more diverse and inclusive visual landscape. The session demanded that brands in attendance took responsibility for the images they use in media and advertising. Some 7 in 10 (68%) women globally believe only the most attractive women or girls are shown in the media, with 70% of women claiming they don’t feel represented by everyday media images. 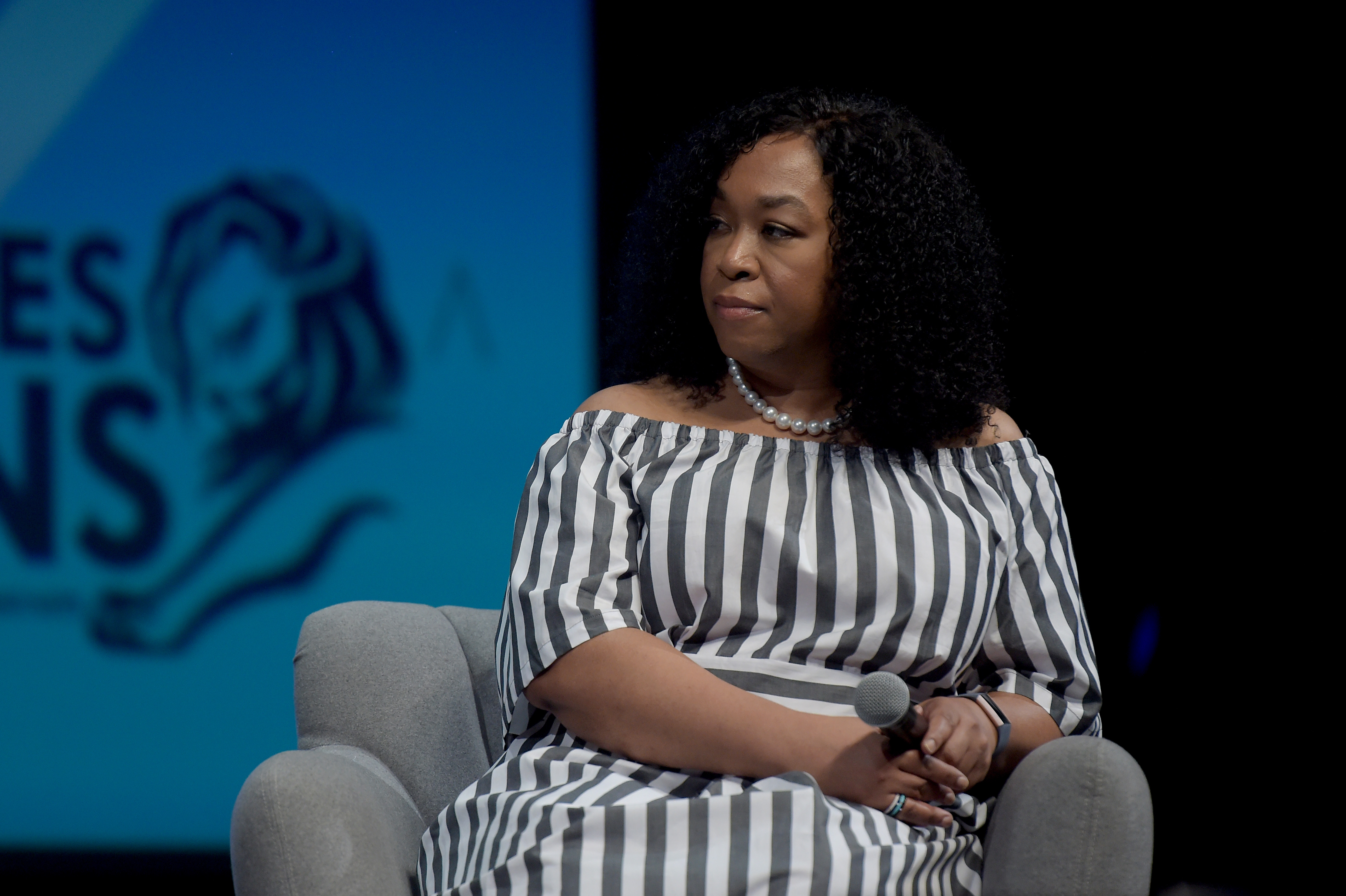 With over 5,000 images, Project #ShowUs is the world’s largest stock photo library created by women and non-binary individuals to shatter beauty stereotypes and is available for media and advertisers everywhere at Gettyimages.com/showus to view, license and use in their next project or campaign. The ambition? To come together and put an end to the narrow definition of beauty consistently portrayed around the world, setting a new standard for the authentic, diverse and inclusive representation of women across the world.

Rhimes, regarded as one of the most successful and impactful storytellers in the history of television, is the first African-American woman to create and executively produce a Top 10 network series, Grey’s Anatomy, and the first woman to create three television dramas that have achieved the 100-episode milestone.

Says Rhimes: “I’m excited to be a part of Project #ShowUs to encourage brands to not only improve representation in front of the camera, but also behind it. We’ve reached a pivotal moment globally where women are saying enough is enough, and truly deserve authentic representation that reflects the beauty in our uniqueness and variety as opposed to the stereotypes the industry has continued to attempt forcing upon us.” 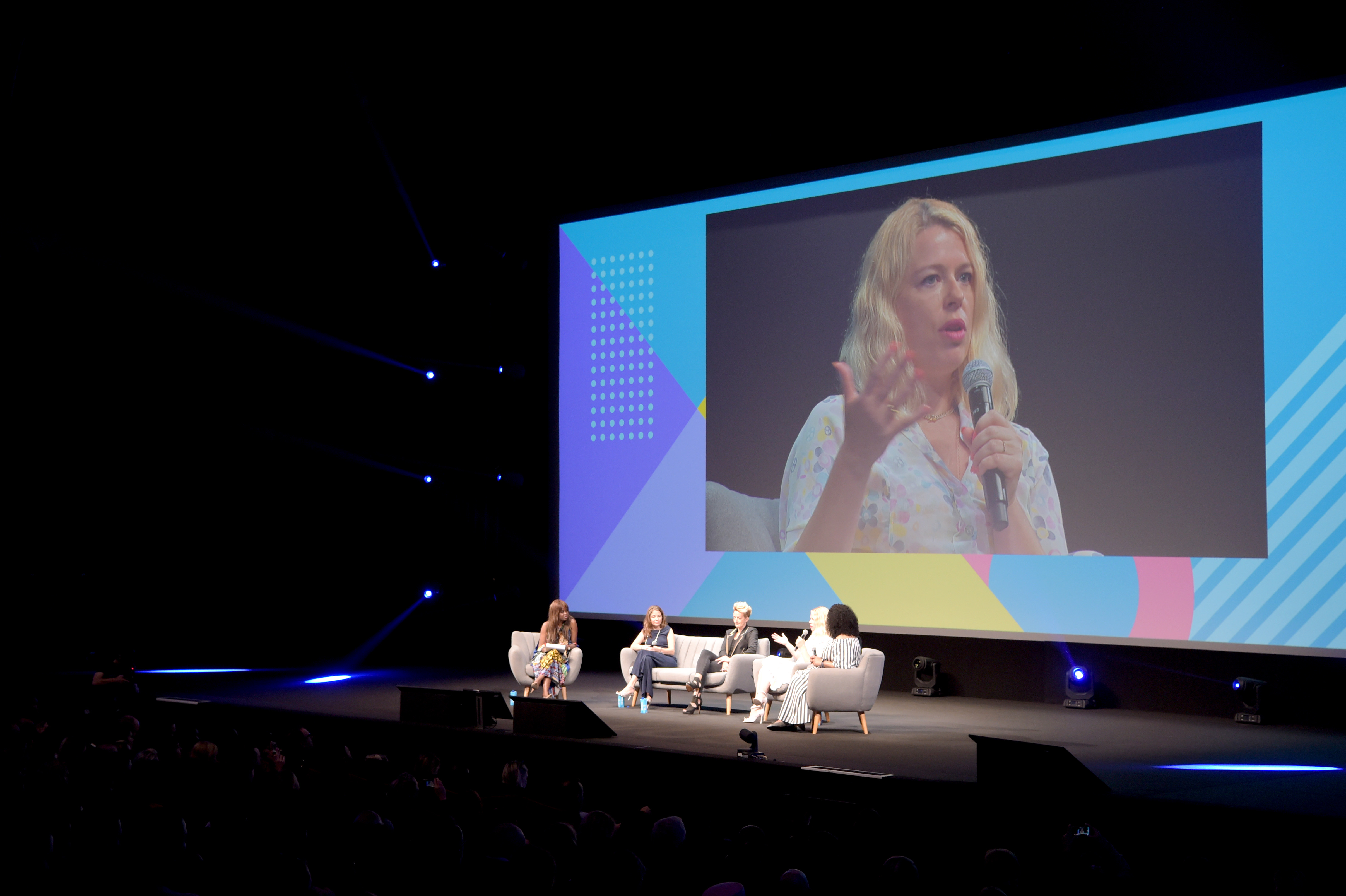 Says John Antoniello, VP senior group creative director at Publicis Sapient: “This is about radically transforming how we design and communicate, both the message and the images. As a queer person who grew up starving to see more people like me, I understand the impact that representation can have on one’s life. It’s not enough just to showcase diverse bodies in media & advertising, we have to change how people experience a brand. True inclusion is about radical authenticity. It starts by listening to women. We need to fit our ideas around how women see themselves, as opposed to fitting women around how our ideas imagine them to be.”

Dove calls upon creative and media professionals to join them in redefining how women are represented in the images we see around us every single day; celebrating a more diverse and inclusive portrayal of beauty and supporting the confidence of women around the globe by showing them as they want to be seen.

Says Sophie Galvani, global vice president, Dove: “Dove understands the impact unrealistic images of beauty can have on a women’s body confidence and their subsequent ability to reach their full potential. For over 60 years, we have believed in liberating women from narrow beauty ideals and have showcased beauty diversity in our advertising. However, this is not enough, and we cannot make the systemic change we need alone.

“At Cannes Lions we ignited a discussion around what the industry at large can be doing to tear down outdated systems of representation. Now, more than ever, is the time to act. Brands cease to become relevant when they do not respond to calls for change – and 70% of women globally are asking for brands to take more responsibility for the images they use. Everyone can play a role in changing the face of beauty forever by joining Project #ShowUs, the world’s largest image bank. That’s an incredibly empowering feeling.” 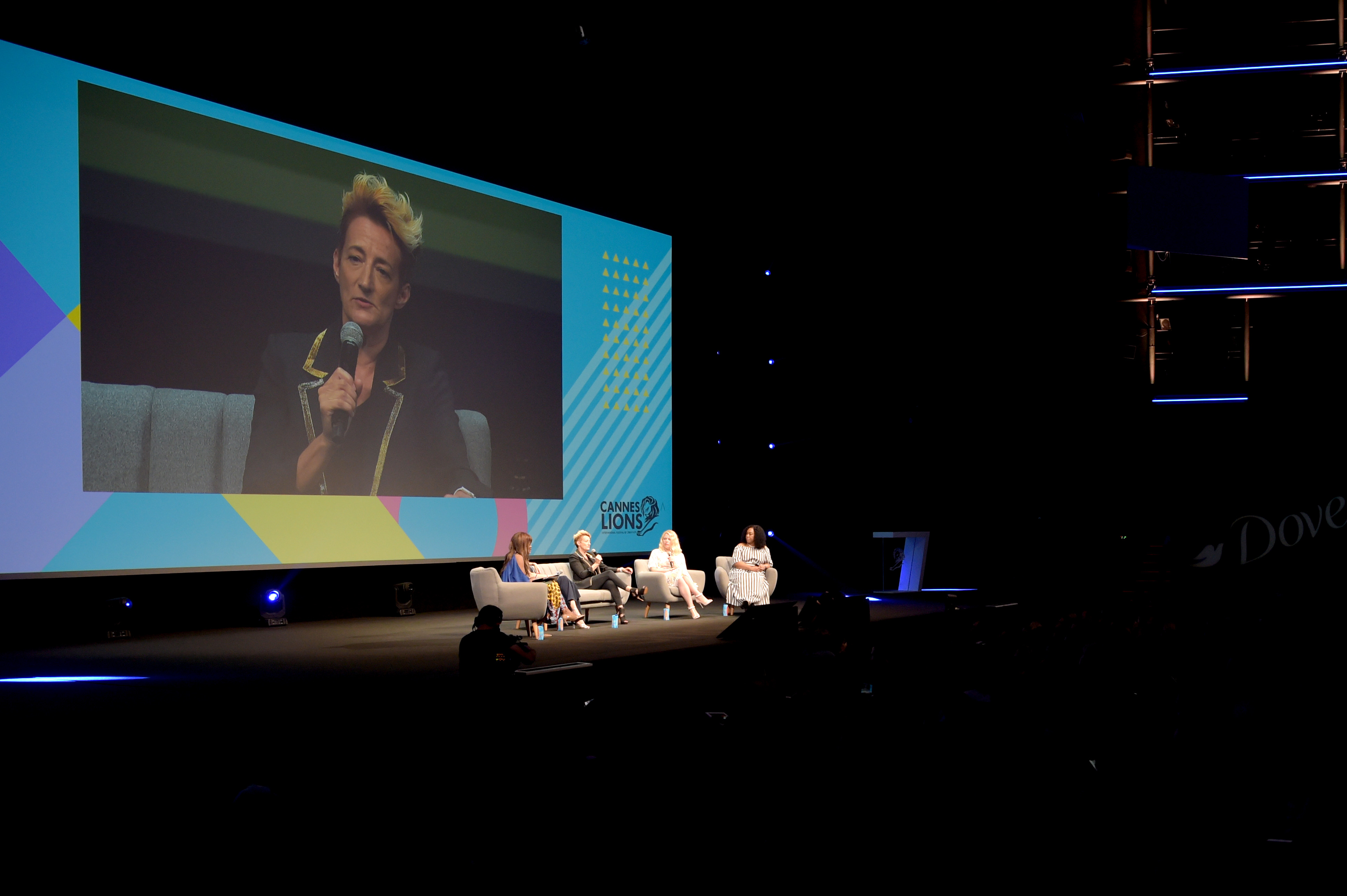 Says Amanda de Cadenet, founder and CEO, Girlgaze: “While I believe we are on the cusp of change as seen through initiatives like Project #ShowUs, there is still so much work to be done. We want brands and media to see the powerful change we are proposing through the #ShowUs campaign and then implement change in their own work. By hiring diverse creatives in front of and behind the camera, which Girlgaze has done through our technology platform, everyone can be a part of the solution to bring authentic representation to the world.”

Says Dr Rebecca Swift, global head of creative insights at Getty Images: “Getty Images is a passionate champion for visualising everyone realistically and through this partnership is proud to be leading the visual industry to change the way women’s beauty is represented in media and advertising. Whilst we’ve seen a positive shift in the popularity of more realistic photography of women, we know from observing from within that there’s a lot more to be done. Project #ShowUs is breaking visual clichés on an unprecedented scale, and we invite all media and advertisers to join the movement.

It’s not too late to get involved!

Step Up…and be the difference women around the world want to see. This is just the beginning. Every image licensed will support female photographers of the future and grow the photo library further, so that all media & advertisers can reflect the authentic experiences of women around the world

Sign Up… Attendees and creatives all over the globe are encouraged to view, license and use the photos in Project #ShowUs for their next project or campaign at GettyImages.com/ShowUs.

Project #ShowUs is part of Unilever’s commitment to UN Women’s Unstereotype Alliance – a cross-industry global initiative which uses the power of advertising and media to free the world from harmful stereotypes that hold back people and society.