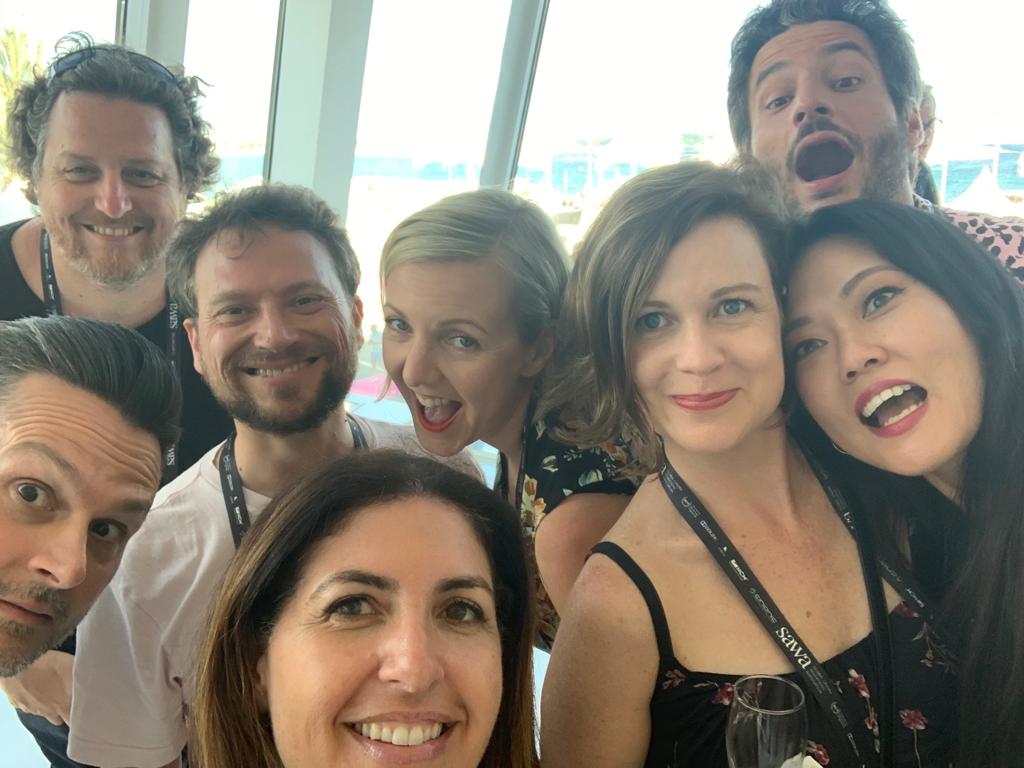 Kristal Knight, creative director at Saatchi & Saatchi New Zealand is on the Cannes Direct Lions. Knight, along with many other jurors writes exclusively for Campaign Brief.

Everyone has arrived in Cannes now, and the festival is suddenly in full swing. People are enjoying sunshine and rose and Spotify gigs on the Croisette.

We are drinking Nespresso in a windowless room listening to case study music. If you ever doubted the impact music has on a jury, you should know that we are currently compiling a Direct Case Study Playlist on Spotify. These songs have been in our heads for the last 3 days, and will probably stay there forever.

The shortlist came out this morning. Yesterday was a tough but rewarding day of shaking out and tightening up the final list of work that makes it into today’s metal discussions. This is where we got tough – on creativity, on results, on directness, and on whether it perpetuates objectification of women (or men…) gender stereotypes or racism. This last discussion was one of the most important. Disconcertingly, there is still work being made that does perpetuate those things, so it felt good to be able to unanimously take a stand, and drop that work.

We were also each able to nominate a piece of work that had slipped through the prejudging to be brought back for consideration. Some really wonderful ideas were rescued yesterday, so we’re all feeling good now that the work that truly deserves to be on the shortlist is there.

Today we will decide which pieces of work will move up to the legendary status of Lion Winners, and who will be ordering champagne on Wednesday night. We’ve finally made it to the really exciting bit…

I never expected the rush I would get from giving someone else a Lion. The thrill of hitting the ‘YES’ button in the Grand Prix vote and making someone’s career. And I think the rush came from knowing that the other 10 people in the room and I were unanimously pressing the same button, in the deep belief that it was the right thing to do.

The Whopper Detour did everything we asked of it: it knew its audience, it made them feel something, and boy did it make them do it. It was simple, cheeky, on brand and massively successful. We unanimously felt it did the job of sending a clear message to next year’s entries about what Direct is.

We were a jury made up of 6 women and 5 men, an Australian, 2 Americans, a Brit, a Frenchman, a Spaniard, a Swede, a Brazilian, a South African German and a Kiwi. Having argued the case for diversity in business in ad campaigns myself, it was incredible to see with my own eyes how a wider palette of opinions, tastes and cultural insights can lead to far more robust decisions. There were many heated discussions, but always unanimous outcomes. Or maybe it was just because we were such bloody good mates.

Maybe its Stockholm syndrome, but we are all already suffering separation anxiety. We’re missing the laughing, the crying, the dancing and the stupid jokes that make no sense outside our windowless jury room. Luckily we have our case study soundtrack Spotify playlist to take us all back there any time.