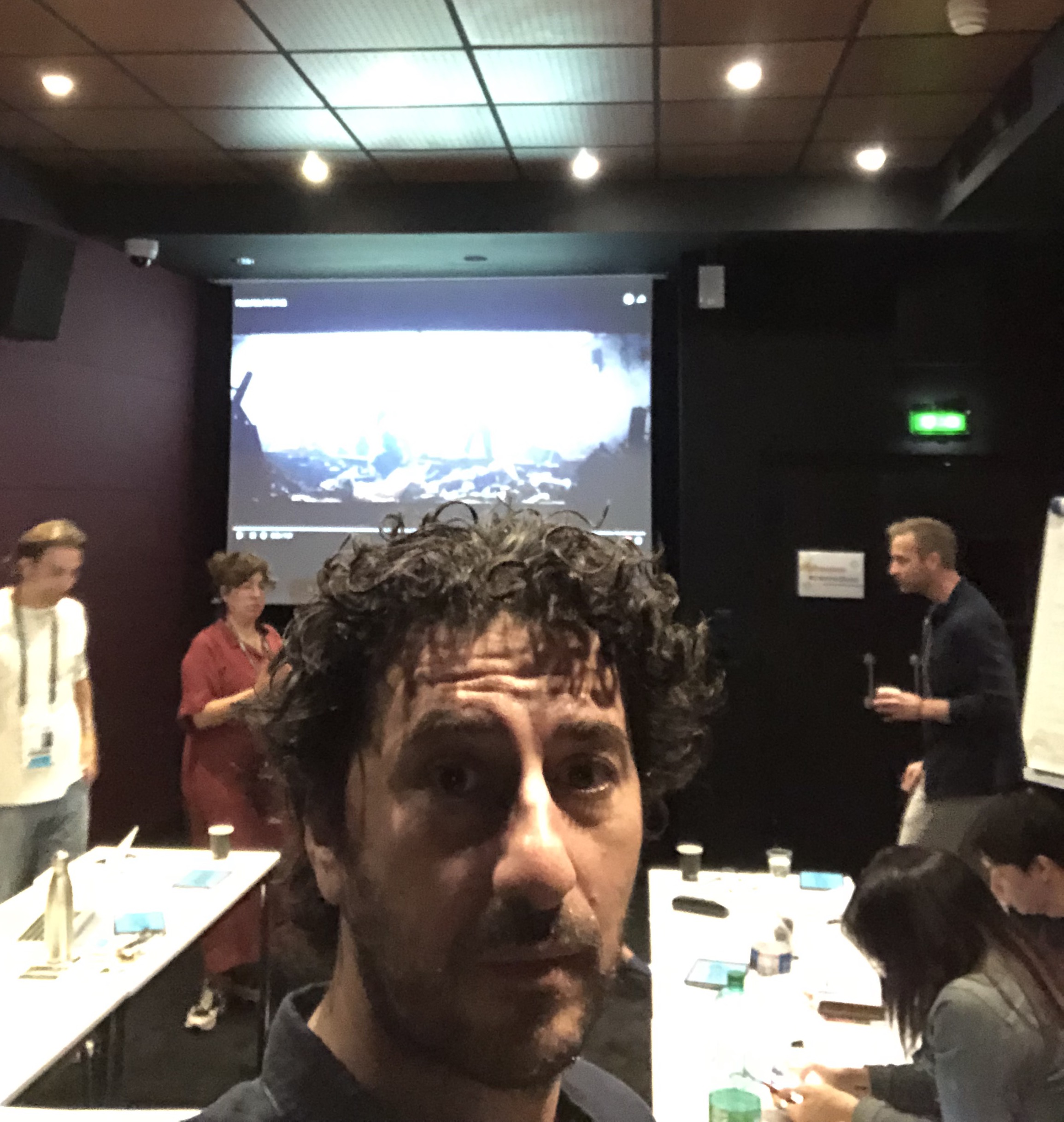 Julian Schreiber, executive creative director at Special Group Australia is on the Cannes Film Lions jury. Here Schreiber write about the last day of judging – the awarding of Lions.

I’m writing this post the results coming out so I can get a little more descriptive with what happened. Otherwise I imagine half this would have to be redacted or the Jury Police would come looking for me pretty quickly.

This was the day we decided tightened the final medal list for film and the grand prix. An absolutely fascinating experience. Particularly as the two ECDs from the main two contenders, Libresse ‘Viva La Vulva’ and New York Times “Truth is Worth it” were in the room. Now it’s like judging in Australia, if you’re involved in the work you need to leave the room when it’s being discussed. But it must be quite rare when you’re dealing with the top 3% of the entire world’s work that two of our judges are involved in the grand prix contenders. So, they both stepped out and awkwardly sat in the corridor for almost an hour as we debated the merits of which should win. Should one win? Should both win? How do you compare a highly intellectual and deeply complex exploration into the nature and value of journalism in today’s society vs a run-head-on, glaringly bright, taboo-shattering celebratory song about vulvas? Great question. And you’d be amazed by the depth of analysis everyone went into of not just the meaning of the pieces, but the social impact each has had since it appeared.

Meanwhile two judges are still outside in the corridor waiting.

Then there’s discussion about which piece is more a time capsule of this moment in time. If we looked back 10 years from now and discussed the world, which piece would be stand out more? What legacy are we leaving with this work? There was debate about the meticulous craft of each piece and whether it spoke to your head or your heart or somehow both.

And still two judges are in the corridor waiting.

Every argument wasn’t discouraged but encouraged by our Jury President, because she insisted we leave no stone unturned. We watch. We rewatch. Then we rewatch again. We ask “Can we just pause and read the submissions again please?” Then a fresh point is raised.

And still two judges are in the corridor waiting.

Finally, after exhausting every avenue, we simply couldn’t ignore the power of the New York Times work. It just left you in awe of the idea, the message and the craft. As I understand it, that monster took 6 months just to edit.

The judges come then back in and we congratulate them both. Because both pieces are undeniably stand out and we would all love to have made them. They are both remarkably humble and gracious about the whole thing. I know if it was me, I would sit outside quietly losing my mind.

We were also very proud that our Charity gold – ‘Generation Lockdown’ went on to win the Grand Prix for Good. Particularly if you’re a parent, I warn you about watching this film. Gun control through the lens of the impact it’s having on how children are being raised is one of the saddest, most terrifying things.

So my final notes are this – it’s hard to win a film lion and it should be. This year had the most entries ever, and it’s not enough to just be amazing, you have to be more amazing than things around you. That means it’s critical that you think carefully about what category you enter, and what case you make for it being there. You may not realise it (I certainly didn’t) but those online forms we all fill out entering are scrutinised by juries as much as the entries themselves, trying to understand the context and logic behind why its been entered where it has. A single descriptive paragraph can be the difference between a lion and nothing.