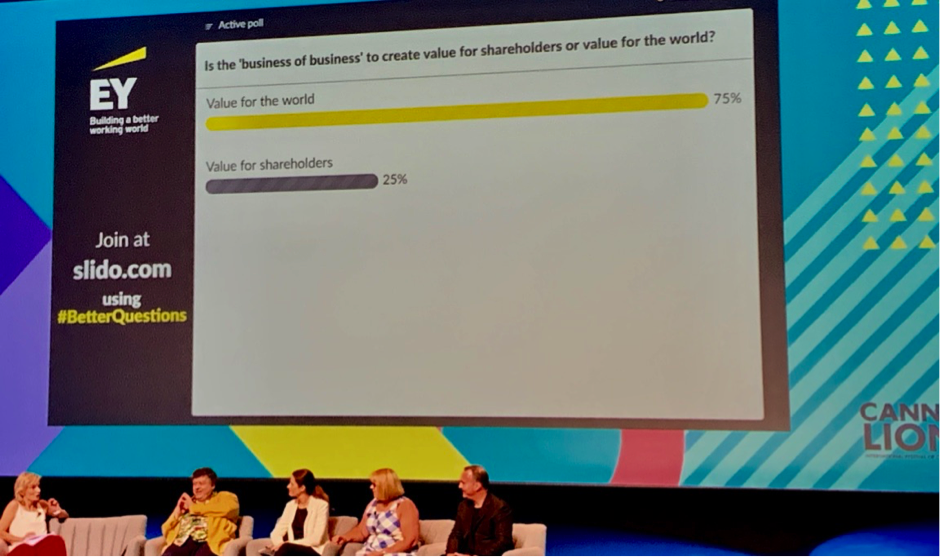 Well, Cannes is well and truly over – but meetings, travel and capturing the high energy value felt from attending Cannes has seen this diary emerge a few days late.

During my time there, I managed to take in a debate on CSR with Pepsi, Microsoft, EcoAge and Ogilvy, listening keenly on their takes on what brand purpose means. If only we could have the likes of our firestarters like Mark Ritson on the Cote D’Azur go head to head with someone like Rory Sutherland. Sutherland makes excellent and sharp logic arguing that the “narrow pursuit of profit doesn’t lead to profit” and added that purpose can still exist in brand without it being the lead reason for marketing.

Debatable depending on what your research tells you. 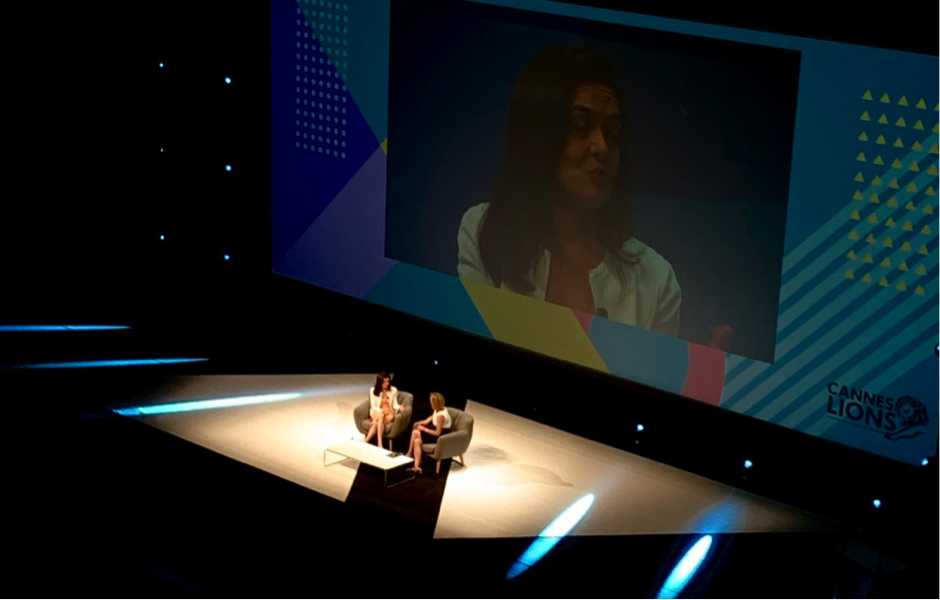 I could write more about the content I saw at the Palais but by far one of the best Cannes wrap ups came from my Linked In feed where Dave Weller posted this satire Dying at Cannes and I cynically fell in love with it’s accuracy.

Which is why the off-piste events felt like the most value for me. On my #BadAssWomen panel was one of the baddest of bad asses – Adrianne Smith from the Cannes Can Diversity Collective. A year ago, she set her intention to create a space for POC where they would feel comfortable at Cannes. She did this and more. One of the 8 sponsors was Novartis US highlighting how migraine can affect creativity – I was already there in flash #migrainehell.

Not only did I meet these amazing hosts from of one of my fave podcasts about diversity in the creative industry but It was by far the most welcoming, stimulating and soulful places that I visited @Inkwell Beach. 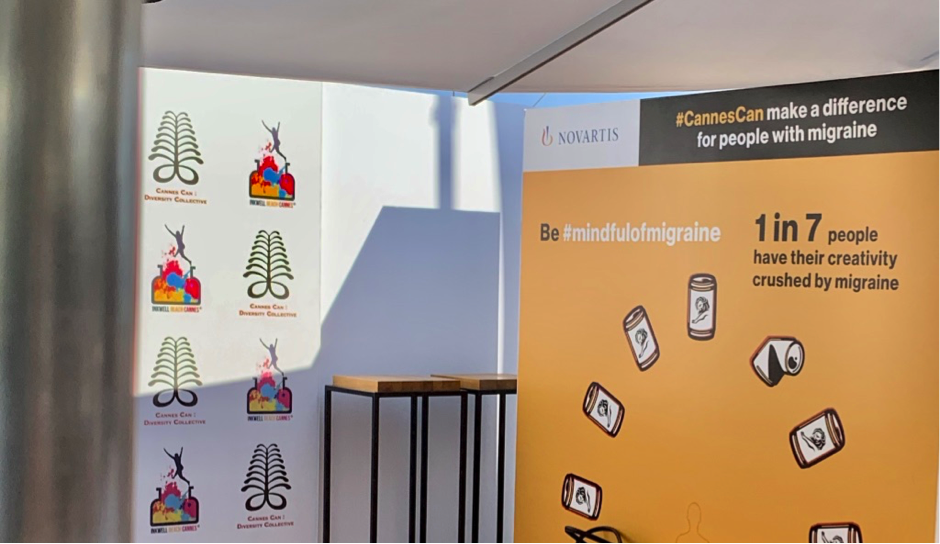 Alma H’arel was back at Cannes this year launching a new initiative herself side-by-side with none other than P&G’s Head of Brand Marc Pritchard, who has championed at least 50% of women being included on film shortlist for TVCs. This time Alma opened up #freethbid to #freethework – hoping to see more opportunity created for women across all aspects of the industry.

So now – let’s see it in agency land.

In Australia 2017, Tropfest introduced blind submissions that removed details including the gender of the filmmakers for the preliminary rounds of judging. Unsurprisingly, the proportion of female finalists shot up from around 5 per cent to 50 per cent. Recruitment has realised the benefits of “blind” resume and now it’s time that marketers, agencies, procurement and Intermediaries see the benefits too.

Like #freethework, I want to open up the opportunities for women to have a fair chance to have the agency that they founded get work. That’s why I went to Cannes to make it possible for Women with Agency.

In a report by the UN – it was found that women-owned business receives just 1% of corporately procured dollars. Government contracts make up 20% of GDP – yet women also receive less than 1% of those contracts.

So, it is time we start to implement some tools like HR have in recruiting, the Federal Government have introduced with Indigenous procurement in Australia and Obama did in awarding contracts to female-owned business in the US.

We are not asking for a free kick – just a fair pitch.
In Cannes, I had too many meetings to keep up with. Mostly with women but some particularly supportive and innovative marketers genuinely interested to introduce gender-based procurement initiatives – not just the new norm of superficial “woke-washing”.

Name an ad agency on Madison Ave or a holding company founded by a woman?

Women, where are we?

In the last 2 decades female enterprise has risen 46%.

So, it is absolutely time we see #womenwithagency get a run at the same opportunity everyone else gets.

Journalists – we are more than a once a year special for IWD in March. We want to comment on more than gender issues. We are waiting to receive the same apotheosis that our brothers in the industry do.

Clients – you can make the difference- don’t rest until you find women-owned agencies that have the capability to do the same job the boys will do… if you are a champion of equality in your business and believe in blind-internal-recruitment then be a champion outside your business too.

I can put a dream team of women together from around the globe or locally who will give any indie and multinational the biggest fight for your business.

If you don’t know where to find them get in touch with womenwithagency.com. We’re creating a registry of incredible talented women-owned business from around the world – . I met a handful of exceptionally talented agency owners like myself from US, UK, Brazil, APAC – and we are we are all collaborating to raise the tide of every boat. Yes! Even those expensive super-yachts moored at Cannes.