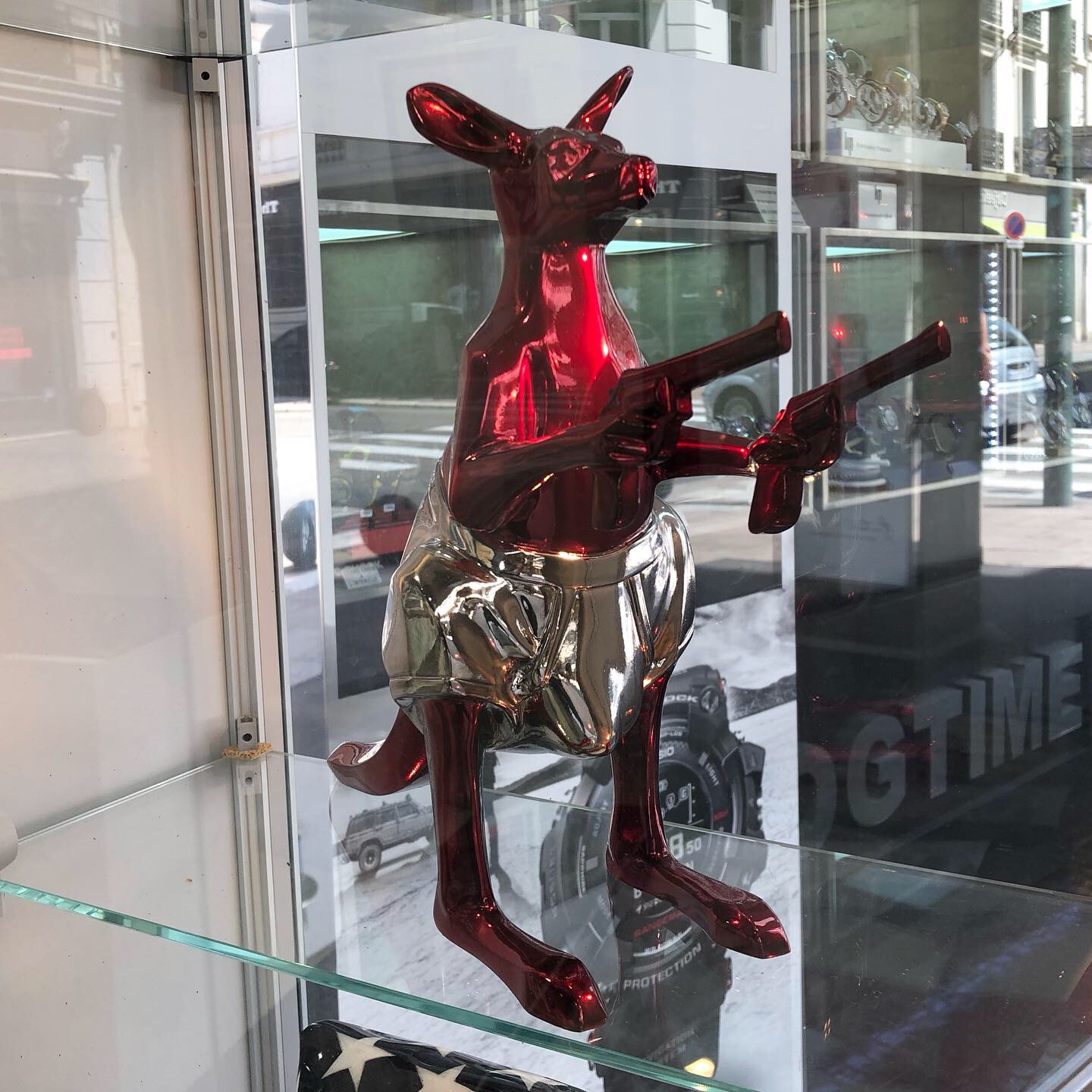 Now you know who the least reliable juror – diary writer is.

I had full intentions to send through a few pieces after my initial submission, but after eight days of judging, meetings and then catch ups, well, I didn’t deliver more than the one. For those of you who’ve ‘Canned’ you know how something like this happens.

But now that I’m back (5am arrival yesterday) and feeling guilty for my transgression, I thought I at least owed CB a personal wrap up of sorts. I can also speak to everything openly now, so there’s that.

So this, my second Cannes diary, is a post Cannes diary.   First I’ll just say, I’ve never been in Cannes for that long. Our Film Craft Jury worked through a massive body of work for just over eight days, plus one extra day for press stuff after.  Then we had a few shows (along with a bit of work back home over hangouts) and a few days to meet folks and catch up with friends. Throw in a couple purely social events, and before you know it, two weeks. Gone.

It was enjoyable though. And an interesting year.

I’ve often heard and to a lesser degree witnessed, how judging can be a bit sketchy and imbalanced. This year there was none of that, at least not on my jury. We had ten jurors in Film Craft, each of them very different, but all of them very honest and fair. That doesn’t mean there weren’t disagreements, there certainly were around medals, but the discussions were genuine and sincere in spirit. I never felt any political grossness. So overall, a really positive experience.

But it was tough.

In past years, you could say a bronze might bring as much heartbreak as it does excitement, but this year, that was tough medal indeed. If you shortlisted, well done. If you won silver, gold or something even more prestigious, well fucking done, because it was the toughest year I’ve seen to do so. I can only speak to my jury of course, but I saw things shortlist that in years passed might have won silver. A higher standard is always a good thing, yet I will say I think there were some unfortunate casualties as well.

Hard to really pinpoint specific themes for this year (in Film Craft) other than maybe that humanity – executed well, still creates the most impact. Now that’s always been true, but I guess this year it’s about as close to a theme that I can think of.

It was a tough year in craft if your budgets weren’t generous.

Most things winning were pretty big pieces, but there was some lovely work that I assume was made with more modest budgets. “Queens” another great music video from The Blaze comes to mind, as does a beautiful piece of work titled “Reverse”, an ad about infant mortality rates in the US.

Everyone should watch “5B”, an hour and a half documentary about the San Francisco nurses at the front line of the AIDS outbreak in the 80s. It’s a great piece about some truly special people. Less serious, but also one of my personal favs, is the dark chocolate animation campaign from Brazil. Really wish I made those.

The big winners were obviously really special. The New York Times, our unanimous choice for Grand Prix, is a perfect example of idea and craft coming together as one. Nordstrom’s “An Open Mind is the Best Look” and Apple’s “Under Dogs” are both truly well-crafted and wonderful pieces of work.

A few others I was quite partial to regardless of the medal they received… “Bertha Benz” and “In the Long Run” both for Mercedes in Germany. The wonderfully odd and Japanese “What happened?”. The random and fresh “Storm the Court” work for Reebok. The one handed musical from New Zealand “I’m drinking it for you”. The Amazon Campaign from Droga5 London.

I’m guessing one could see it as a disappointing year for New Zealand and Australia in Film Craft if you only consider work created here, but don’t discount the amazing showing from Australians and Kiwis working abroad. John McKelvey and the team at John x Hannes in NYC finishing third in Agency of the Year, in just their third year, is a truly amazing achievement.

Looking across all the work in the Film Craft category, I think we should also feel proud of the great contributions made to this year’s festival by directors Mark Malloy, Steve Rogers, Steve Ayson, Chris Riggert, Kim Gehrig and Tom Noakes (I’m sure I’m forgetting someone). They all helped craft and create some really great work for agencies abroad, taking some of the top honours.

Do take the time to look at the work. It’s a good thing to do and hopefully you’re inspired by a few things you hadn’t seen before.