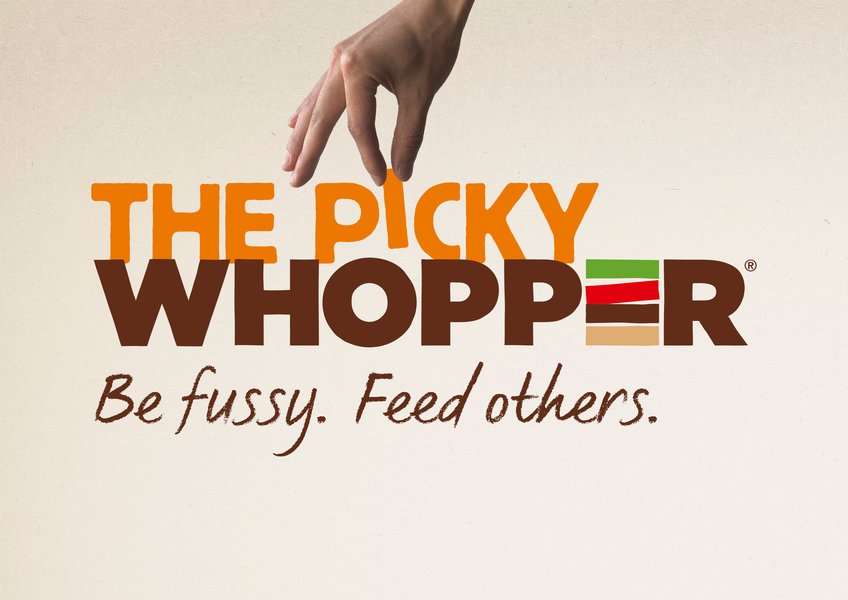 D&AD has revealed the winners of its 2019 New Blood Awards at an electric ceremony in London. Three Black Pencils were awarded.

173 Pencils were awarded in total, with 3 Black Pencils, 4 White Pencils and 29 Yellow Pencils among the most coveted accolades. Judges also awarded Best Stand to Falmouth University (MA, Communication Design) at the D&AD New Blood Festival and selected 54 graduates from 1,000 exhibiting students as ‘Ones to Watch’.

New Blood is one of the world’s largest student competitions and the winners represent the best emerging young talent from around the globe. Hand-picked by industry-leading luminaries from design and advertising, the winners impressed the judges with their creative thinking and practical skills and tonight were each awarded one of the industry’s most prestigious creative accolades: a New Blood Pencil.

Three Black Pencils (the highest creative accolade) were awarded this year:
West Herts College students Jack Parker and Savannah Finestone for Make Waves With Waves in response to the adidas brief, aimed at empowering black girls to swim by providing free swimming lessons and a range of swim caps and hair-care products tailored for black hair types. Make Waves with Waves was also awarded a White Pencil, a special award judged across winning entries from all New Blood Awards briefs, for work that shows social purpose and has the power to promote positive change.

Danish School of Media and Journalism students Joachim Klintfält, Mark Terkelsbøl and Nicolas Housted for Pad Paper in response to the McKinsey Design & The Case For Her brief, for their innovative sanitary pad roll designed to remove the stigma around menstruation by making period products as commonplace as loo roll.

Middlesex University students Kenneth Meek and Marianne Johansen for Narration in response to the BBC brief, providing a comprehensive database of the BBC’s audio-described TV shows so they can be better accessed by those who need them, namely the blind and partially sighted, as well as a multitasking generation that want to enjoy their shows without being tied to the TV screen.

‘Take on the Future’ was the overarching theme for 2019’s New Blood Awards, with individual brands and agencies adding their own flourish on this. The winning entries ranged from humorous and playful campaigns to sharp, satirical commentaries on topics from climate change and period poverty to fake news.

Entries spanned the full spectrum of design disciplines from digital design, illustration and graphics to intricately crafted animation, across a variety of media from print products and billboards to online, TV and social media channels, pointing to a rich culture for future commercial creativity.

Says Tim Lindsay, CEO of D&AD: “This year’s D&AD New Blood Awards have showcased an outstanding amount of creative talent from students and graduates from across the world. The standard was so high that three Black Pencil winners were chosen, all of which brought fresh and dynamic thinking to create powerful creative solutions for a fairer society. 2019’s body of work heralds an exciting future for our industry – congratulations to all the winners.”

For 57 years not-for-profit D&AD has stimulated, celebrated and enabled creative excellence in design and advertising, with the New Blood Awards championing young up-and-coming designers and creatives.

The New Blood Awards are a platform for students and other new creatives to not only showcase their talents on real briefs, set by real clients but also to learn from the workshops and tools that support those wanting to take on the challenge. No other programme offers such a comprehensive test, or a more accurate representation of the challenges that await on the other side. Brand representatives and industry experts decide what work wins a coveted New Blood Pencil, and the bar every year is extremely high.

Entry to the Awards is open to anyone in full or part-time education, recent graduates who finished their course within the past two years and anyone 23 or under. Those who have won a Pencil have gone on to work in some of the biggest names in the industry, such as AKQA, BBC, Apple and Wieden + Kennedy.

Says Paul Drake, foundation director, D&AD: “D&AD is globally renowned for championing creative excellence. We have a deep seated belief that education is fundamental to excellence, and the exceptional ideas within this year’s New Blood Awards testifies to the power of creative education. As an education not-for-profit, D&AD New Blood Awards are just one of the many D&AD initiatives dedicated to nurturing and upskilling new creative talent, so we hope aspiring creatives across the world can both be inspired by the winning work and feel empowered to enter into the industry in the knowledge that there are resources and tools out there for them.”

All 2019 Pencil winners are eligible to apply for the New Blood Academy 2019 with WPP, where 25 graduates can attend a free four-week creative bootcamp. The Academy provides an opportunity to learn from the best in the business, with attendees working alongside WPP agencies on a live brief in order to secure a foot-in-the-door with a series of paid placements up for grabs. The unique experience is designed to provide the skills and insights that can be difficult to acquire at university but are fundamental for our industry.

To give wider accessibility to the skills and learnings from the Academy, D&AD provides various online educational tools, including the Make and Break podcast in partnership with WPP featuring valuable insights and lessons from the New Blood Academy. Last year’s six-part series saw New Blood alumni in conversation with leaders from design, advertising and media, discussing the top issues people need to know when starting out in the industry. The next series of the podcast will be unveiled later this year.

D&AD New Blood Festival is a graduate showcase that brings emerging creatives and the industry together over three days of talks, fringe events and an exhibition from UK universities’ top talent. Currently taking place at The Old Truman Brewery, London from 11 – 13 July, aspiring creatives and professionals looking to meet and recruit new creative talent can register for a free pass via the D&AD website.

A Selection of Yellow Pencil Winners 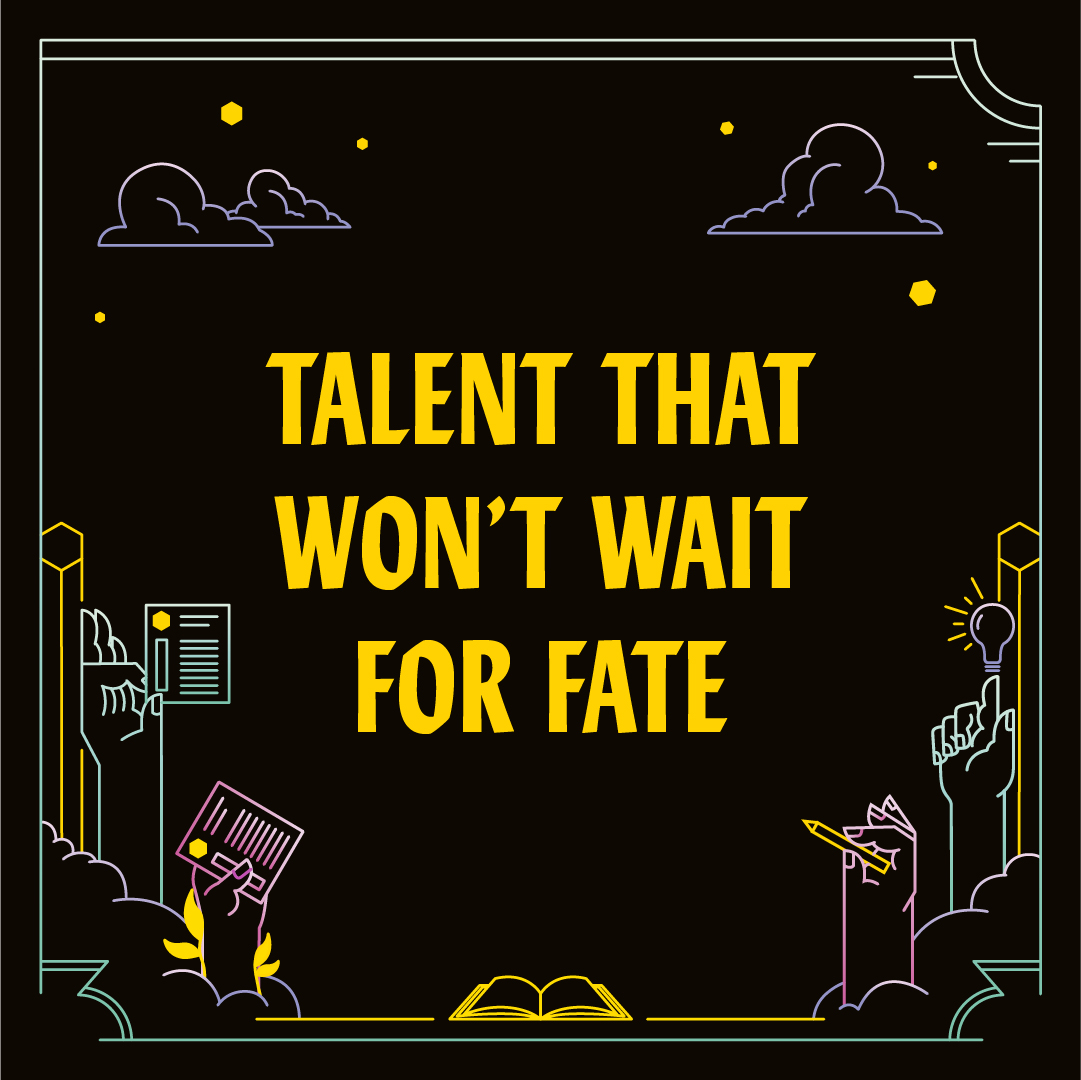