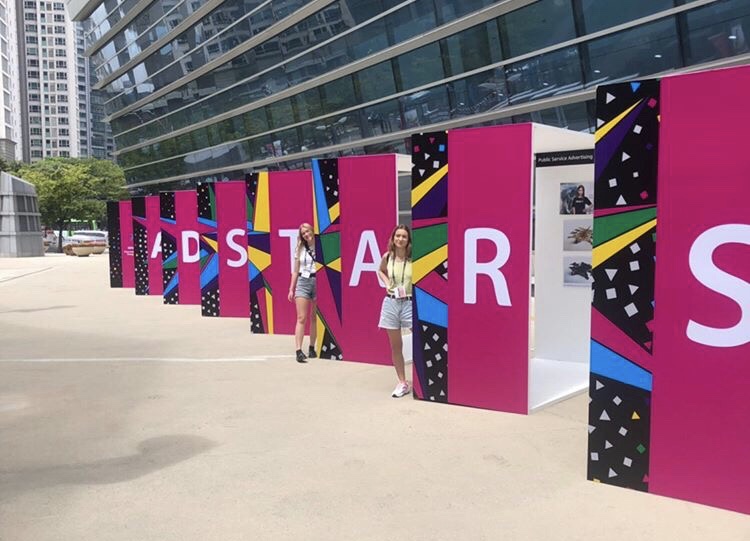 Without knowing all that much about the competition, we submitted our creative portfolio to Ad Stars and crossed our fingers. Only a few weeks later we found out we were finalists, and were invited to attend the Young Stars competition in South Korea.

Before we had a moment to properly process what we were about to experience, we were on the plane. And 18 short hours after landing in Busan, we were receiving our creative brief.

We were challenged to come up with a groundbreaking social media campaign to make Busan known to foreigners. And we had just 24 hours to do it. Confined within four walls of Busan’s Bexco Convention centre, it was full steam ahead.

Prior to travelling to Busan, we were both met with confused looks from family and friends. Travelling to where? Exactly the problem our brief asked us to solve.

With creative mentorship from Isobar Melbourne’s Emma Park, we instilled our unique cultural viewpoint and first-hand tourist experience to create a campaign that would raise awareness of Busan in Australia. We soon discovered that each country’s participants approached the challenge in much the same way, making for some eye-opening perspectives.

The esteemed jury included Josie Burns from Host/Havas, who was impressed with the unique insights and emphasis on the ‘creative idea’ across all submissions. She strongly encouraged us to continue to implement this thinking into our work.

AdStars provided us with the opportunity to form connections with young creatives and industry professionals across the world. We couldn’t speak more highly of this unique opportunity and are so grateful to have been invited.

And take it from the corrupt vegetarian, Korean fried chicken is even better in Korea!