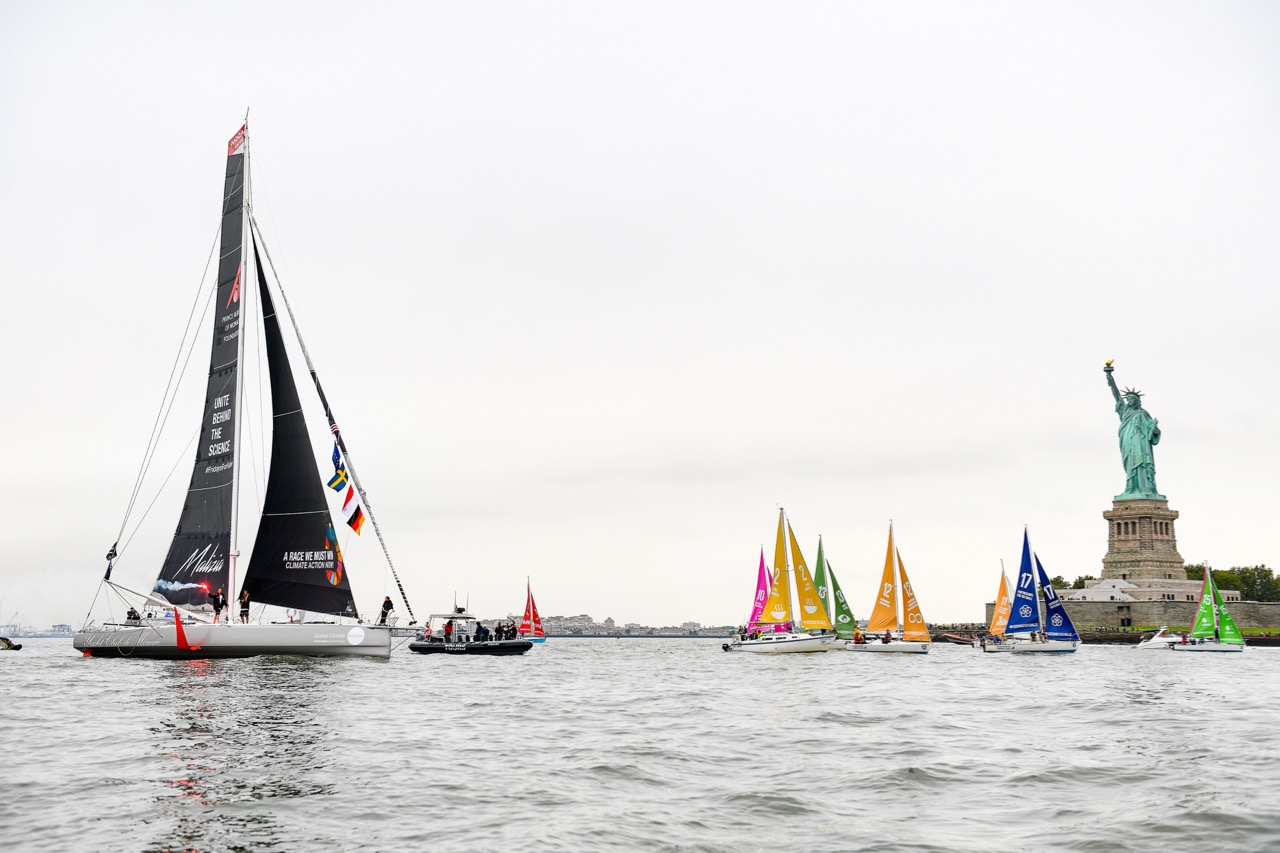 Global creative agency TBWA has joined forces with the United Nations and other partners to welcome Swedish climate change activist and noble prize nominee Greta Thunberg, 16, to New York City ahead of the Climate Change Action Summit in September.

Thunberg’s sailboat was greeted and escorted into New York by 17 sailboats, each representing one of the 17 Global Sustainable Development Goals (SDG) featured on its sail. The SDGs were agreed to by all Member States of the United Nations in 2015 as global blueprint for dignity, peace and prosperity for people and the planet. Now and into the future.

The SDG Flotilla met Thunberg at the Verrazzano-Narrows Bridge and sailed alongside the Malizia II to North Cove Harbor in honour of her quest to raise awareness and support for Climate Action, as well as the other 16 Goals.

In acknowledgement of the welcoming fleet @GretaThunberg tweeted;” The @UN has sent out one boat for each of the 17 sustainable development goal to greet us! Thank you!

In the spirit of SDG 17 Partnership for the Goals; TBWAMelbourne partnered with many across the global creative community to bring the project to life, including Project Everyone, Freuds and Sinclair Social, who all rallied to galvanise around this moment, with support from TBWAChiatDay in New York. UK Sailmakers, Portchester, NY and GT3 Creative created the custom sails.

Says Kimberlee Wells, CEO, TBWAMelbourne and Adelaide: Greta Thunberg’s passion and promise to fight climate change presented a powerful platform to create further awareness of the Sustainable Development Goals, as we move closer to the 2030 deadline. Whilst progress has been made, few countries are on track to achieve the targets. Australia and America included.”

Says Paul Reardon, chief creative officer, TBWAMelbourne and Adelaide: “The Sustainable Development Goals logo is printed on the main sail of Greta’s ship. Yet many people still don’t have a full understanding of the goals and the issues they cover. There were a lot of obstacles to overcome, but we’ve been overwhelmed by the reaction from Greta, the team onboard the Malizia II and the broader sailing community. It’s been a truly global effort – spanning Melbourne, New York, San Francisco, Rome, London and of course The Atlantic.”

The Flotilla will be streamed live across Facebook and activated across numerous social media channels using #sdgflotilla. Digital advertising supporting each of the SDG’s will also roll out across numerous sites in the lead up to the UNGA high level week, kicking off on 23 September. 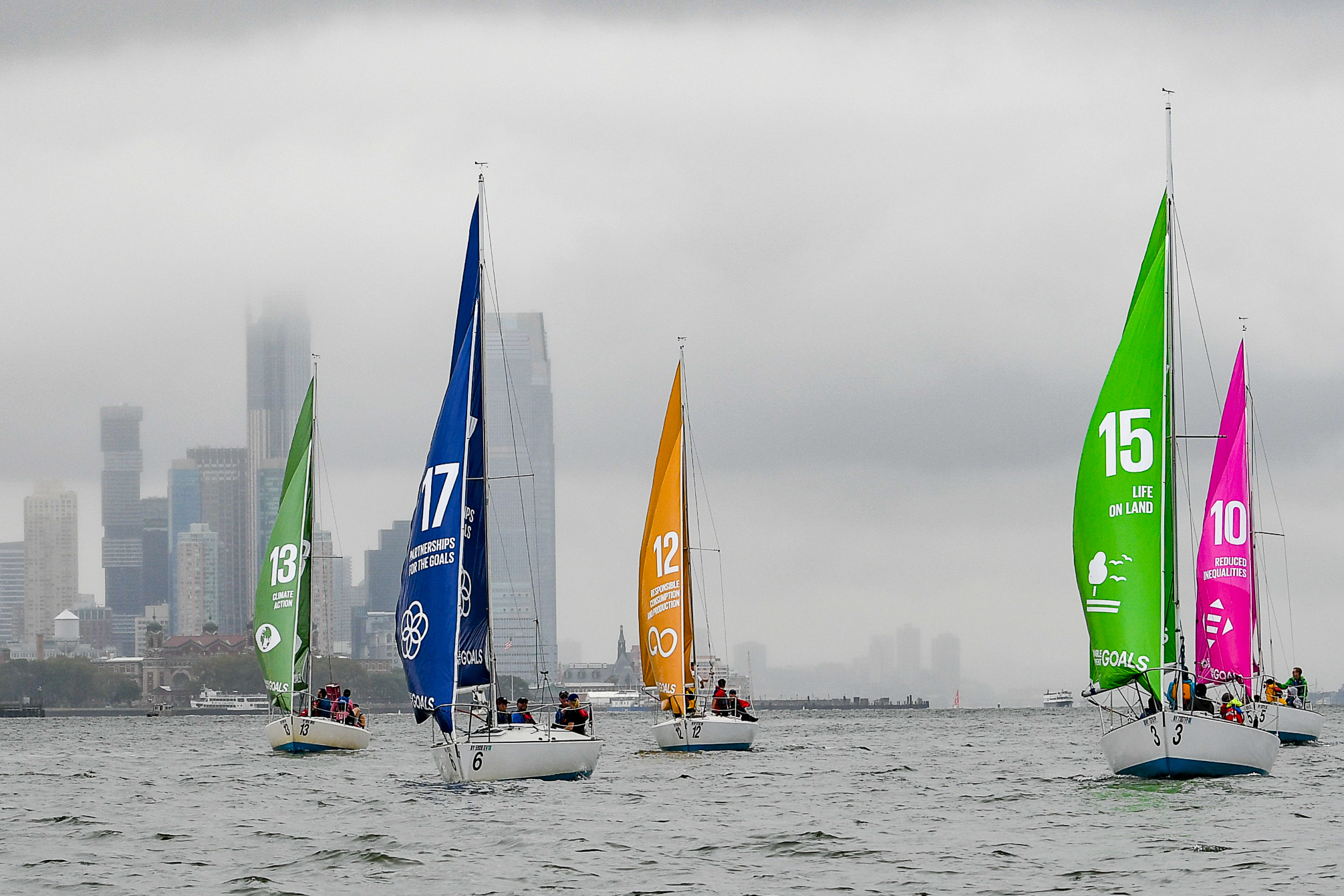 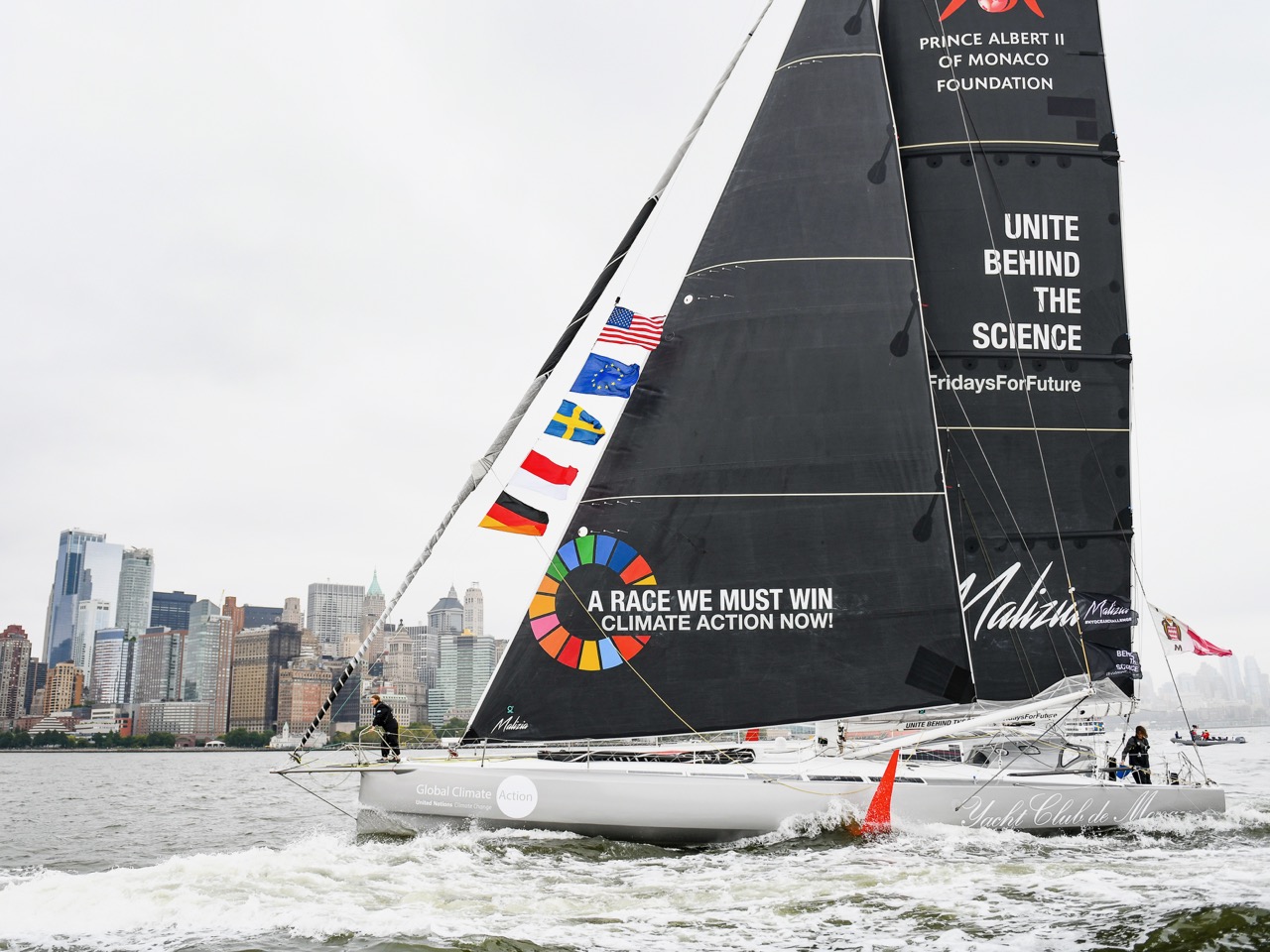