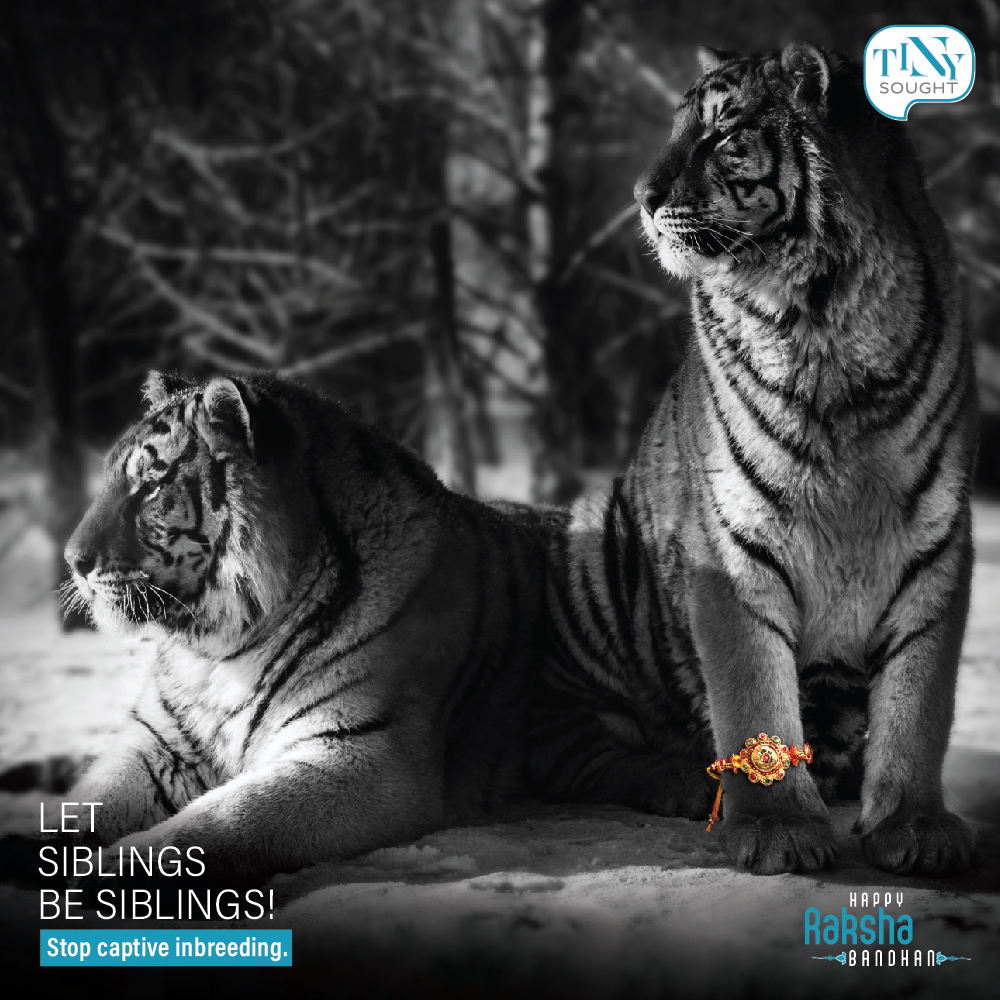 Captive inbreeding among animals creates great damage to their mental and physical health.

It is a major cause of “Inbreeding Depression” which leads to other complexities. Raksha Bandhan is a festival celebrating Siblings and the brother~sister relationship, in India. Rakhee – a handmade decorative thread or metal bracelet is tied on the brother’s wrist by sisters during the festival.

This campaign via TinyTall Creative India aims to integrate Raksha Bandhan and the Captive Inbreeding issue. 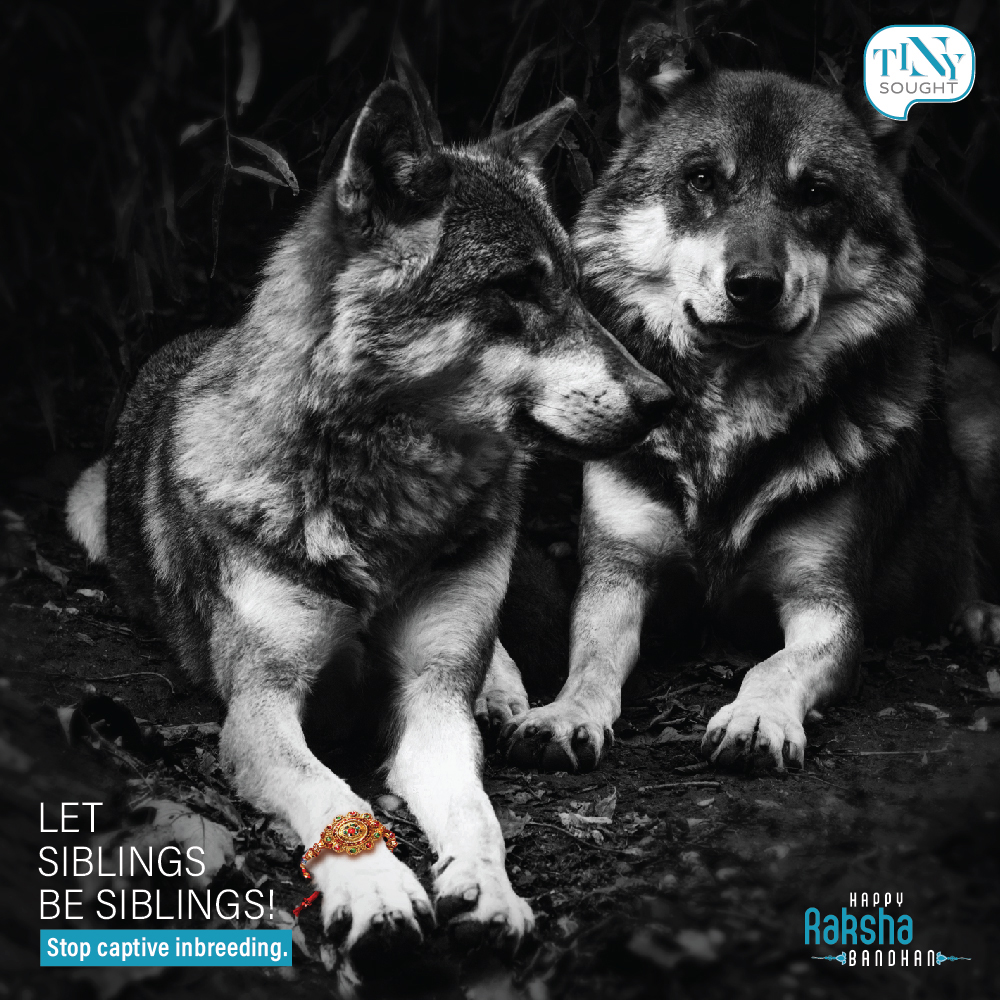 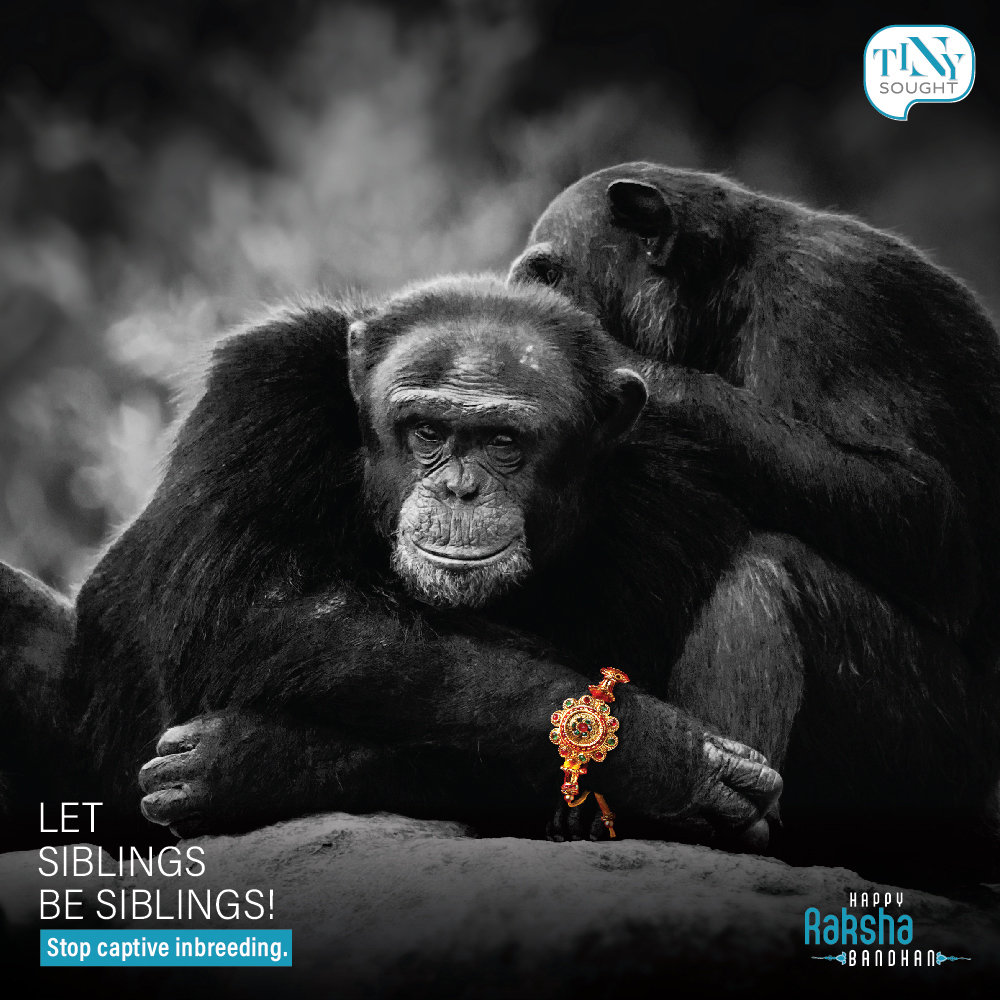