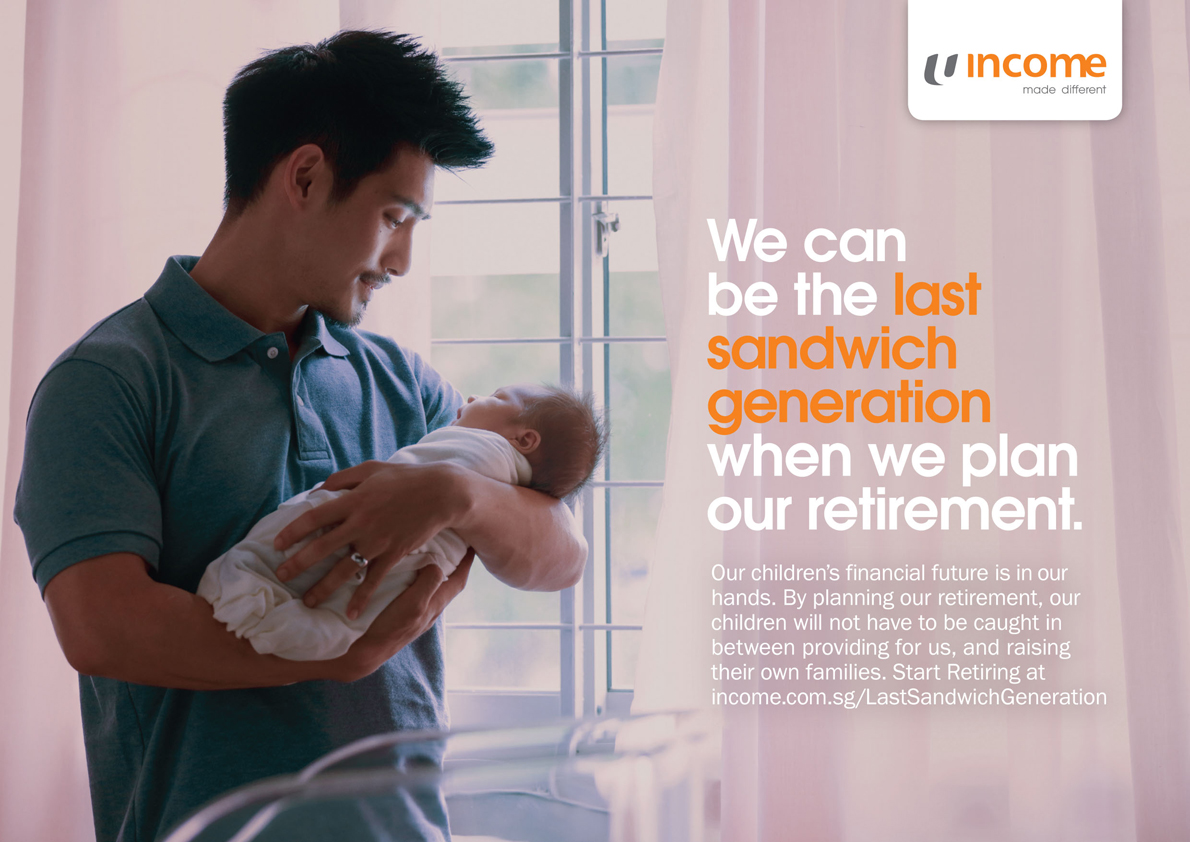 Singaporean parents with young children have always been squeezed financially between supporting their parents and providing for their children. This great cycle of filial piety and financial pressure has remained unchanged, for the so-called sandwich generation.

NTUC Income (Income), one of Singapore’s largest insurers, has launched a campaign that seeks to end the sandwich generation cycle.

Developed by BBH Singapore, the campaign, which uses the tagline “We can be the last sandwich generation, when we plan our retirement” positions Income as a partner in retirement planning and aims to educate young parents of the role they can play in ending the vicious cycle of financial dependence on their children by planning for their retirement.

On a more positive side, nine in 10 parents believe that they have better opportunities to prevent their children from becoming the next Sandwich Generation. 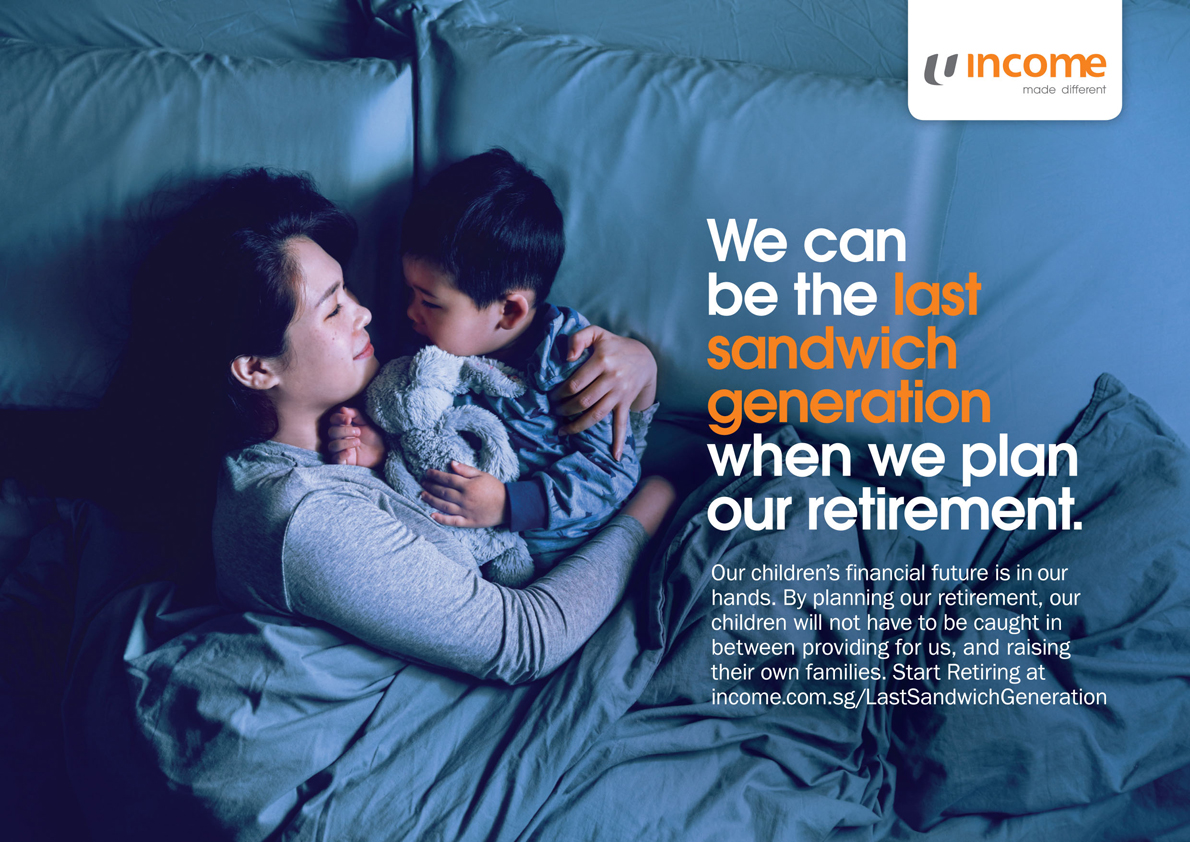 The film at the centre of the campaign captures the pressures of a young man caught between caring for his parents and providing for his own family, eventually leading him to ensure he liberates his daughter of the financial responsibilities that he has been burdened with.

Marcus Chew, Chief Marketing Officer, Income, said, “We believe that today’s generation of parents have better access to the knowledge and financial tools to be financially independent in their retirement years, as compared to their own parents before. By planning their retirement, they can ensure their children will not have to be ‘sandwiched’ in future since their parents are financially independent. We hope that our target audience will embrace this message that we have shared through a relatable campaign.”

Janson Choo, BBH Singapore said, “The thing about being a sandwich generation is that many of us have a defeatist attitude towards it. We think of it almost like part of adulthood or growing up, and it becomes a vicious cycle from parent to child. So when Marcus and his team proposed the idea of ending the ‘sandwich generation’, it immediately resonated with us. There is a way out. It’s not going to be easy, but we can be the last, so that our children won’t have to be sandwiched in the future.”

The campaign is accompanied by social, digital, OOH and in-store components that further amplify the central idea – “We can be the last sandwich generation”.