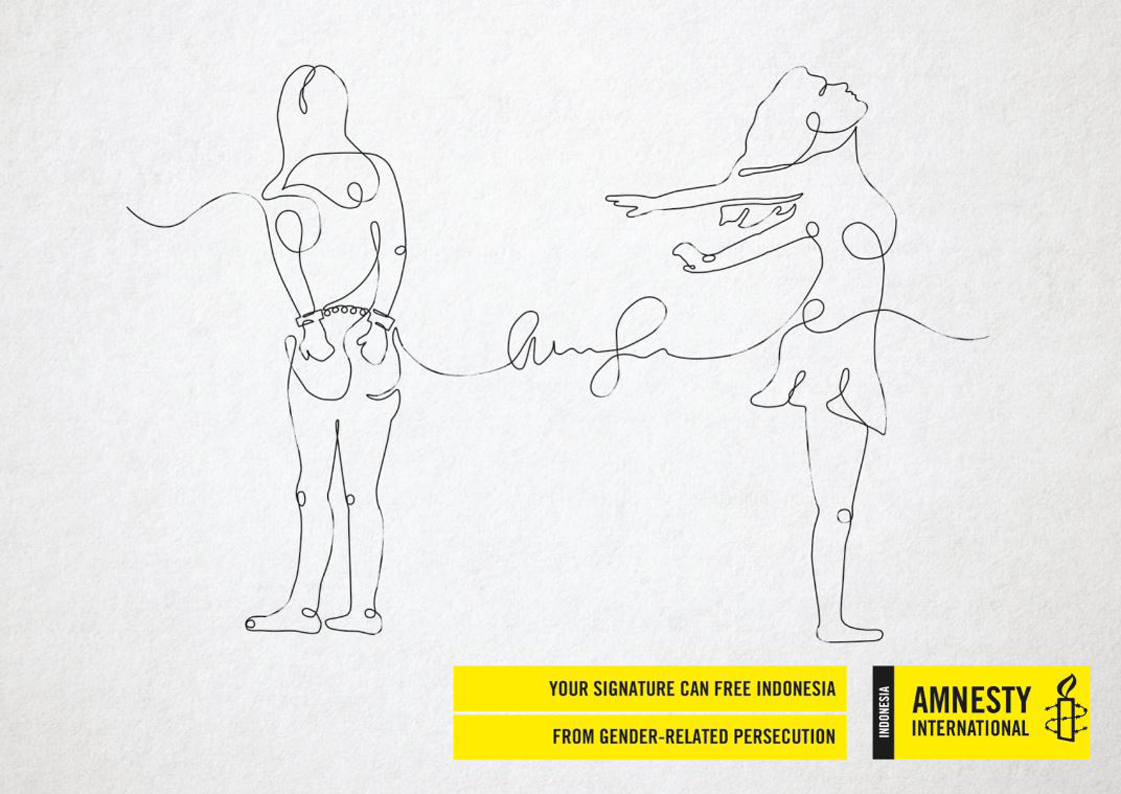 Amnesty International Indonesia and Grey Indonesia have partnered to create an awareness campaign that sheds light on the societal impact of a single signature.

Utilizing the simplicity of single line illustrations, the poster campaign visually communicates the strength of signature campaigns – one of Amnesty International’s long-running programs – when it comes to potentially ending human rights violations.

The posters are situated in the Amnesty International office and its immediate vicinity (Menteng, a popular hangout spot amongst the youth). Gradually, in the next few weeks, they will be placed near other familiar touch points and often visited locales of Indonesian millennials – trains stations, art galleries and coffee shops. 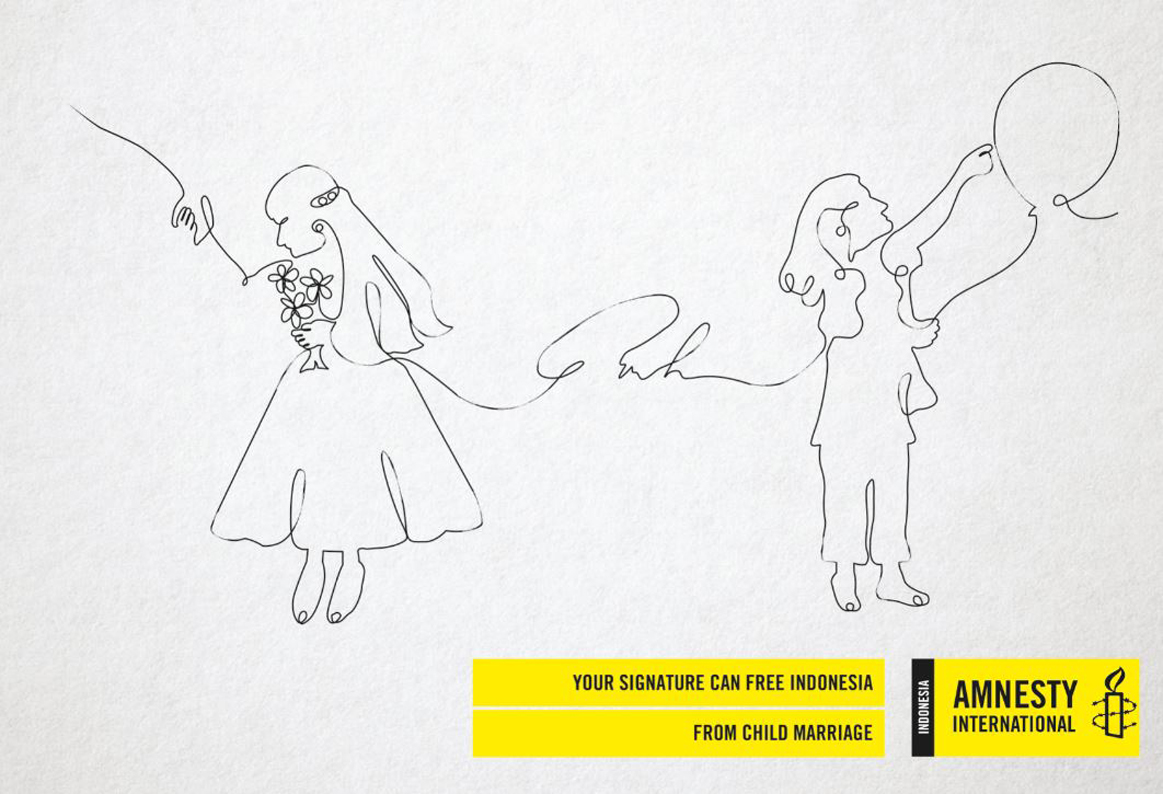 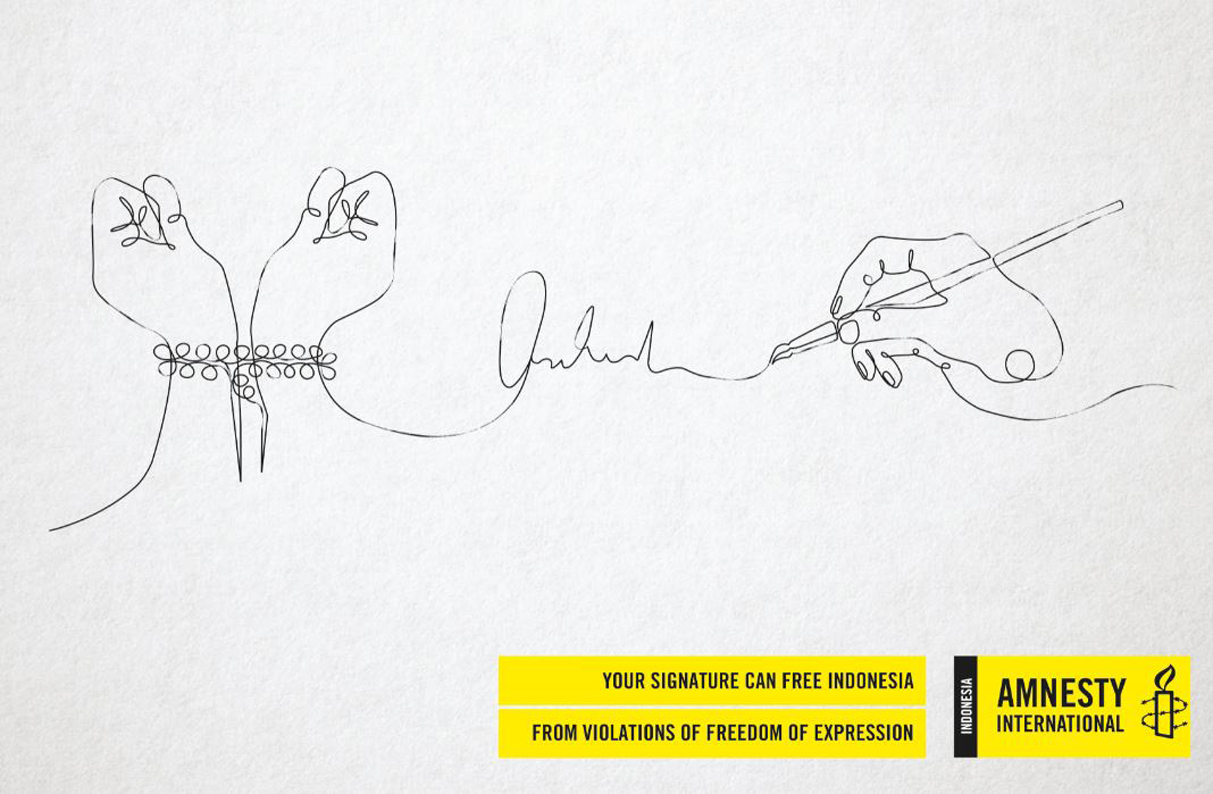 “Grey Indonesia believes in what Amnesty International stands for. It is a humbling experience to be able to collaborate with one the world’s biggest defenders of human rights,” added Patrick Miciano, Grey Indonesia Executive Creative Director.