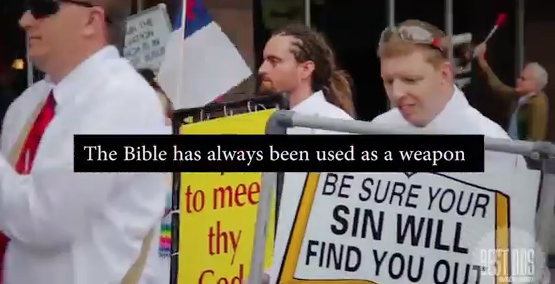 Every Pride Parade in the Philippines, anti-LGBTQ+ activists come to spread hate using verses of the Bible.

So on this year’s Pride Parade, Team Magazine + Young Star + Preen Ph + Scout Magazine + Village Pipol united in a campaign via Propel Manila to turn the weapon these religious activists used against LGBTQ+ into a shield that spreads love to the community.

Through provocative Love Verses Hate parade placards, situated and demonstrated right in the area where anti-LGBTQ+ religious activists stand to discriminate and spread hate. An eye for an eye. A tooth for a tooth. A verse for a verse. The campaign was created by Propel Manila.