Smash the glass ceiling with Merlee Jayme at Spikes Asia 2019 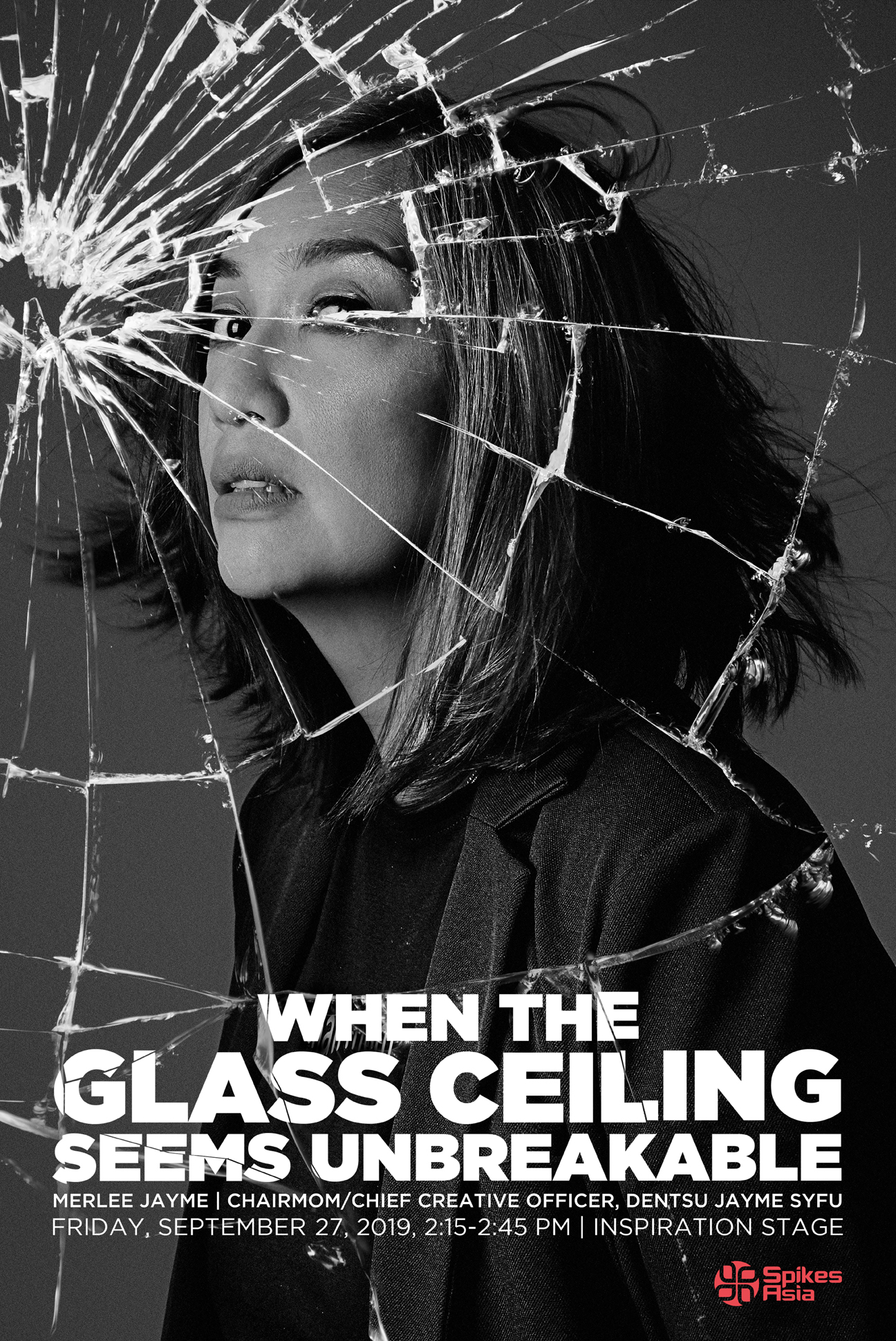 Age, culture, gender bias, judgement, or even being a mother are some of most women’s invisible barriers to leadership.

These are also known as the “glass ceiling”- a term believed to have been used in a conversation back in 1979-referring to an invisible limit for women or minorities to further advance to higher positions due to gender or race.

Merlee Jayme, Chairmom and Chief Creative Officer of Dentsu Jayme Syfu Philippines, the Jury President for Outdoor and Radio & Audio in the upcoming Spikes Asia, is taking this relevant topic to the inspiration stage at Spikes Asia. Her talk “When the glass ceiling seems unbreakable” will deal with the issue of the lack of women in creative leadership. She will uncover the possible barriers that are stopping these women from rising to the top.

This year, the BIG WON ranking has emphasized this fact by revealing the top 100 Chief Creative Officers in the world, and the 8 women who made this list. Jayme, who has made this list, wants to know “where are all the women creative leaders?”

She will be sharing her personal glass ceilings, how she has smashed through layer after layer and why some remain ‘unsmashed’ through the years.

“Talking about my battle scars is probably the best way to celebrate my 30th year in the advertising industry”, Jayme adds.