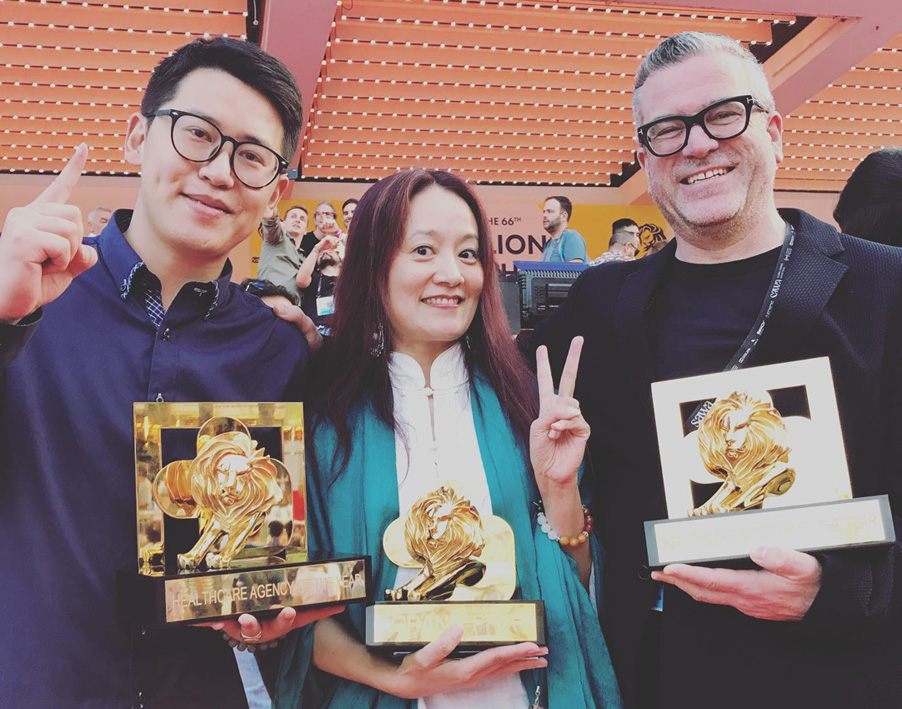 Cannes Lions has announced the release of the 2019 Global Creativity Report, the industry-leading resource for creativity and effectiveness benchmarking. The report has been extended this year, with contributions from partner company WARC, the global marketing and media intelligence service.

After a year out from the top three, a McCann Health office returns to take the top spot. It was its Shanghai branch that stood out, winning the Pharma Lions Grand Prix and a Gold Lion for their ‘Breath of Life’ campaign, which saw the agency help build a diagnostic tool for GSK and raise awareness of Chronic Obstructive Pulmonary Disease in China. COPD affects roughly 100m adults in China, but only 7% are diagnosed.

Says Matt Eastwood (above right), global chief creative officer, McCann Health: “McCann Health Shanghai being recognised as Healthcare Agency of the Year shows the level of creativity the team has pushed forth boldly on for brands. In addition, the team winning the Pharma Grand Prix, the first awarded in three years, for its the Breath of Life campaign for client GlaxoSmithKline, further demonstrates that our teams have stepped up to meet the challenge to continue to expand the horizon of healthcare communications.”

Dentsu Inc Japan has ranked in at #2 Top Agency from Asia followed by TBWA\HAKUHODO INC Japan in at #3. 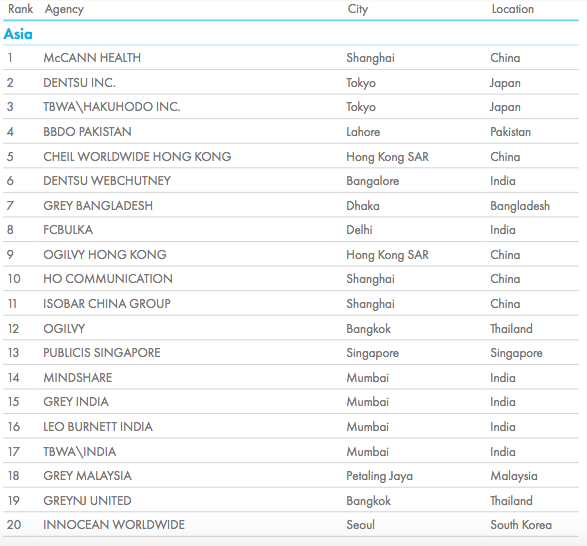 China has ranked 10th most awarded country at Cannes Lion 2019. India and Japan have both ranked in at 11th spot followed by Thailand in at #18. 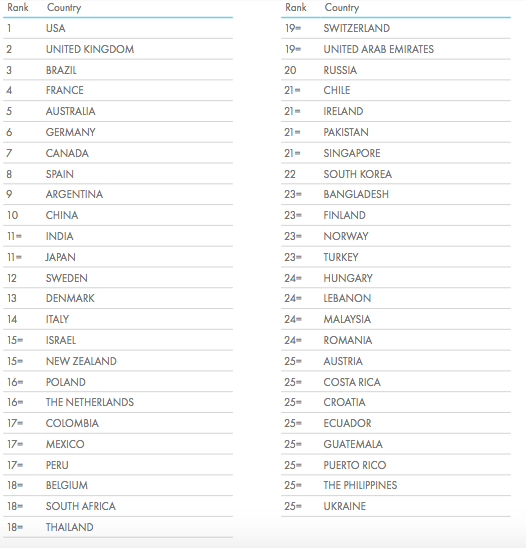 New editorial sections provide in-depth analysis and insights. Each section dissects one of the nine Festival Tracks and the winning work, focusing on a Grand Prix winner from each Track. The GCR highlights the diversity of companies that picked-up the Grand Prix accolade in 2019, hailing from countries as far reaching as Canada, China, Israel, Poland and the United Arab Emirates.

Burger King took the inaugural Creative Brand of the Year Award 2019 and tallied a total of 40 Lions this year, vs 16 Lions in 2015. This accolade coincided with Burger King announcing an all-time high in terms of commercial success.

Says Simon Cook, managing director, Cannes Lions: “The Global Creativity Report has evolved this year. It is the definitive global benchmark for creativity and effectiveness in the branded communication industry and the editorial provided by our partners at WARC gives an in-depth analysis of the trends and themes that emerged from inside the jury rooms at this year’s festival, alongside rich historical data and rankings. It’s an essential resource for the global creative and marketing community. Creativity has become increasingly business critical, so understanding where the bar sits has never been so important. This report is a tool for anyone looking to gain competitive advantage by unlocking creative potential.”

Says David Tiltman, VP content, WARC: “From innovative e-commerce ideas to breakthrough advertising, from brand activism to tech brilliance, the winners of Cannes Lions represent creative excellence across marketing and communications. WARC is delighted to have partnered on the Global Creativity Report, identifying the trends and themes across this body of work.”

Ranking highlights also published: Network of the Year went to McCann Worldgroup, for the first time on record, rising from 4th place in 2018. Omnicom retained their 2018 title, taking the number one ranking as Holding Company of the Year 2019.