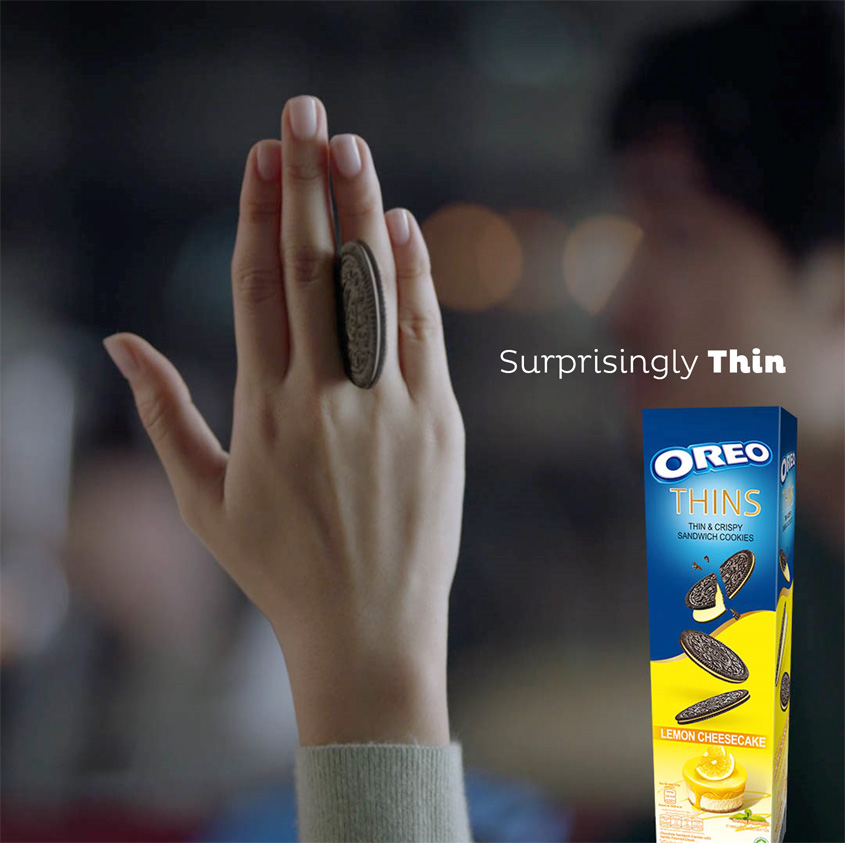 Oreo Thins, launched in South East Asia about a year back has been one of the most exciting extensions of the Oreo brand.

Nikhil Rao, S.E.A Marketing Director Biscuits, “Our consumers were surprised how thin an Oreo Thins cookie actually is, providing far less calories than a regular Oreo Cookie. The campaign from FCB dramatizes the surprising thinness in a playful tone, that consumers connect the Oreo brand with.”

The brand is on a mission to unlock the playful spirit in all people and with this campaign we used the size to inspire this. Transforming a dull coffee break moment at work through a playful moment through its size, Oreo Thins also drives home the point, that its too good to share, said Ravi Shanker, Executive Creative Director, FCB. The sleight of hand, a universally playful gesture seemed the perfect device to help us show case Thins in a memorable way.

Directed by the award-winning director, Diego Nuñez Irigoyen and produced by STINK films, the campaign will run across South East Asia.