Merlee Jayme: Self-doubt is the thickest layer of the glass ceiling 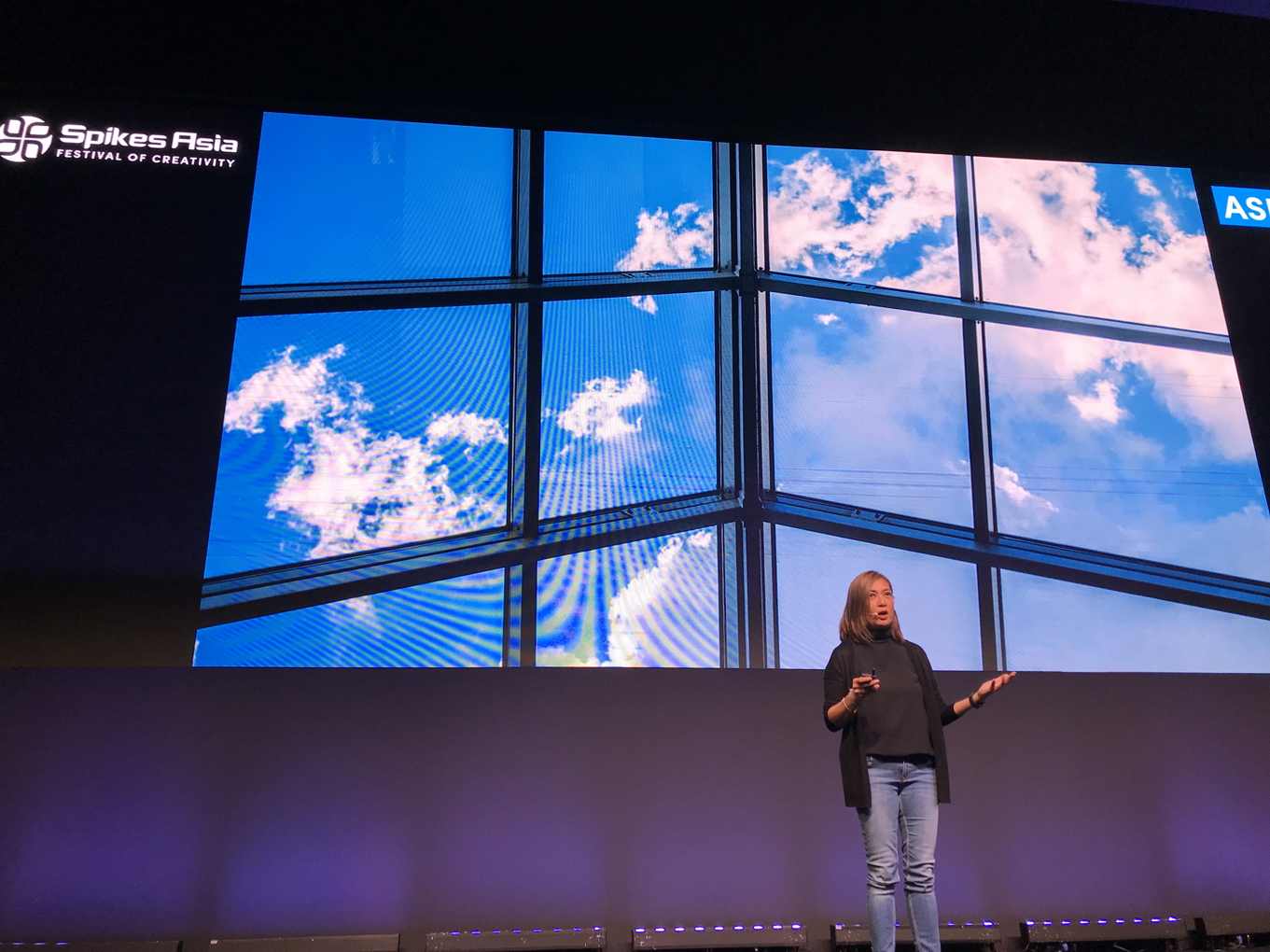 Despite the advertising industry’s frequent platitudes about valuing diversity and striving to offer equal opportunities, for many female creatives the so-called glass ceiling remains very real.

At Spikes Asia in Singapore recently, Merlee Jayme, ‘Chairmom’ and Chief Creative Officer of Dentsu Jayme Syfu, shared insight into how to break it. With 30 years in the business, multi-awarded and blessed with an accomplished career, she recounted both her past and present experiences of discrimination and being stereotyped as “the Asian Woman”.

Jayme also pointed out that the creative industry suffered tremendously from gender imbalance. Just this year, there were only eight women featured in The Drum’s Big Won ranking of the world’s top 100 chief creative directors. Two of them were Asian.

There were two kinds of glass ceiling according to her. The first one was created by the world. These are the invisible barriers established by the corporate world for years. These include culture, practices, institutions which result to discrimination, biases, pay gaps and more.

The latter consists of “the invisible barriers we’ve created for ourselves based on culture, families, environment and how we were treated growing up, what we’ve learned through the years” and other factors.

“Usually, these result in lack of confidence, submissive behaviour, or an inferiority complex,” she added.

Jayme does not let any such doubts hold her back. In response to being given stereotypical “female” assignments as a copywriter, she made a point of asking to work on briefs for things like roof sealants and tricycle lubricants. “I had to do real research on these,” she said. “It wasn’t easy, but I had to get out of my comfort zone and get into my courage zone.” This gave her supreme confidence in her abilities.

When faced with sexual harassment, she simply fought at all costs. She experienced this several times in her career. Her most unforgettable encounter hit her agency hard. The head client of her biggest business made inappropriate advances towards her in a lift. “With my partners’ help we had to let it go. Losing the revenue definitely hit us hard. But we’d rather suffer and pitch for 10 more accounts than continue working for that pervert.” She said.

Even if harassment doesn’t feature, being overlooked for promotions is another problem that women have to contend with. Jayme gave an example in which she made a strong case and showed the president why she should be moved up to ECD. It worked, serving as a reminder that if a person wants something, they have to go and get it, not simply hope that it comes their way.

As a mother of four, Jayme is an improbable agency leader. She said a combination of discipline, practicality and family support made it possible to maintain her career. In simple terms, “I mixed my two worlds” of work and family, she said. That meant moving between them as needed while ensuring that she did not neglect either. Two of her daughters have followed in her footsteps and now work as creatives in the agency world, suggesting that her approach served as an inspiration.

Jayme sees insecurity as the ceiling that’s made of ‘tempered’ glass. Asian women, she said, tend to believe “that we are always a support, never the lead”. In order to succeed, one must first address the inner voice that sows doubt on their abilities.

“You don’t have to be manly to survive in a man’s world,” she said. Would-be female leaders must also be ambitious and not be afraid to raise their voices; use their intuition and ability to read body language to their advantage; face challenges directly instead of taking the back seat; and be sensitive and supportive to the situations of female colleagues, particularly in areas such as motherhood.

“Some of us can become a little selfish and turn a blind eye to other women’s problems,” she said. “That’s not OK. Life is hard as it is. Let’s push each other and smash the glass for one another.”

An example at her office involves giving extended maternity leave and letting people bring their babies to work. “Believe me, people act better and kinder with babies around,” she said.

Merlee Jayme is the first Filipino to be awarded: The Creative of the Year for Southeast Asia in the Campaign Asia Pacific Agency of the Year Awards. She is “chairmom” and chief creative officer of Dentsu Jayme Syfu and the only woman in the 20 top creative directors in Asia as reported by Campaign Brief Asia. A business-minded and award-winning creative, she has been recognized with the CEO of the Year 2016 by the IABC Philippines and the St. Hildegard Most Influential Woman in Communications 2017. Under her leadership, her two-year old integrated agency Dentsu Jayme Syfu has already been named the 2016 Creative Agency of the Year for the Philippines by Campaign Asia and the inaugural Spikes Asia Country Agency of the Year 2017 for the Philippines. Jayme is also a mom to four beautiful girls, and an inspiration in breaking the glass ceiling in this mad men’s world.