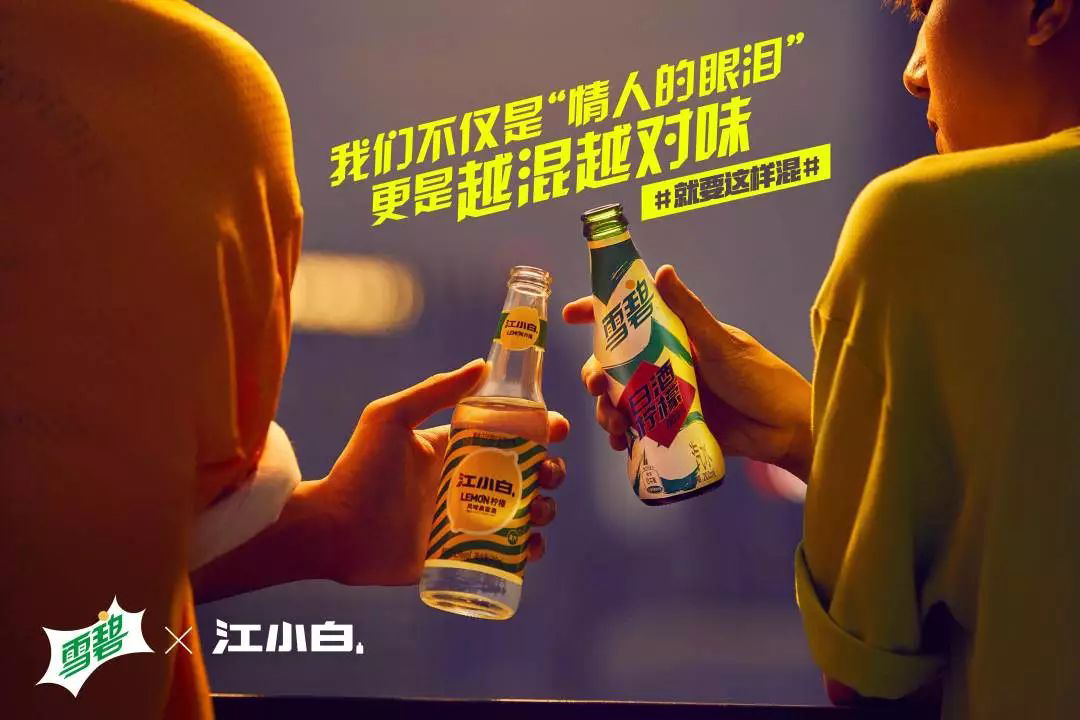 Mixing Sprite with other beverages has naturally occurred in China for decades, and its widely known that former Premier Li Peng used to enjoy mixing Sprite with black vinegar or red wine. Mixing Sprite and Jiang Xiao Bai has been widely circulated over the last year as a bit of an underground radical cocktail, crowning the sweet and bitter combination by netizens as “lover’s tears”. Online popularity of the concoction motivated the two brands to pursue a more formalized collaboration. 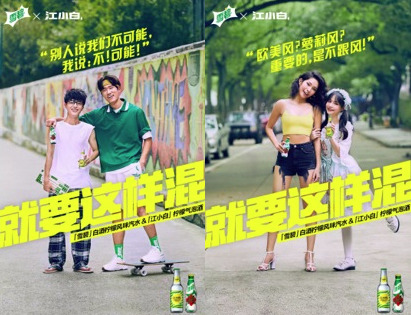 To promote the partnership, Sprite wanted to avoid a contrived message that would easily alienate its youth base. It instead wanted something that could inspire youth to mix and mash as they like, becoming a representation of being true to themselves.

The campaign for the joint collaboration, is entitled “Mixing Up Like This”. It does not mention the unique taste combination but is more of a call to action to encourage Chinese youth to create their own combinations as a way to express their individuality. Beautiful combinations are common and predictable, but interesting combinations are even more meaningful and personal.

The integrated digital campaign launched last month on social platforms, Weibo, Wechat and Douyin (Tik Tok) included social campaign messages from influencers inspiring self-expression. As a result, over 69 million user-generated content pieces of “Mixing Up Like This” were created by Chinese netizens, making this non-traditional take on flavor variances one of Sprite’s most effective campaigns this year.

“Chinese consumers are no longer satisfied with just manufactured flavors,” says Bryce Whitwam, CEO of MRM//McCann. “They’re looking for new variances that represent their individual tastes, something easily shared with their friends on social media.”