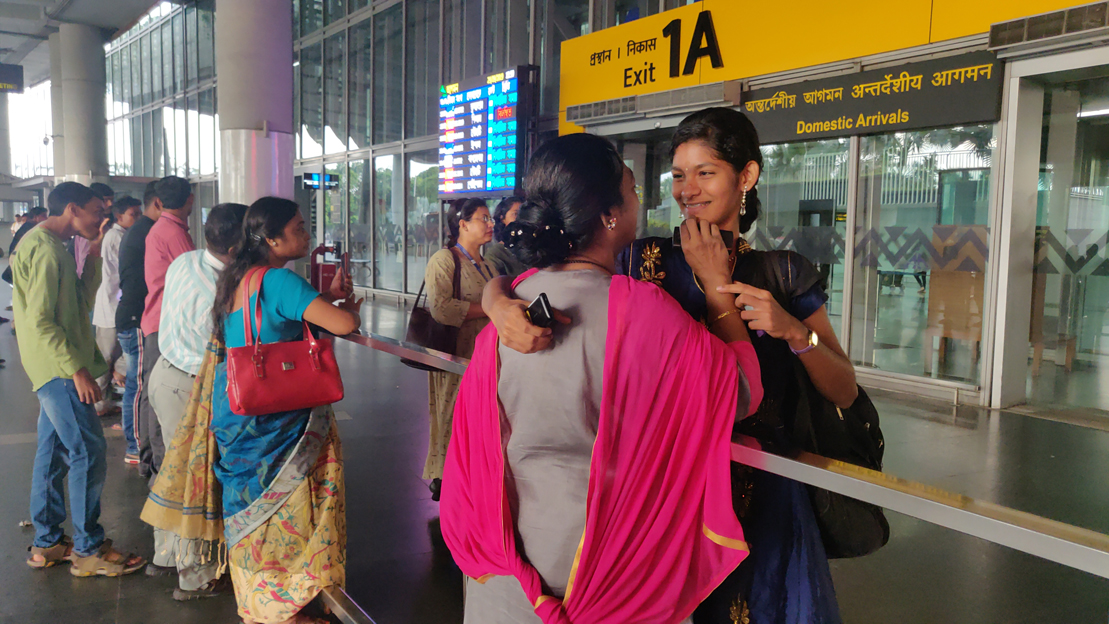 Durga Puja brings not just a Devi or Ma, but a daughter, back to her home and so did the campaign conceptualised by Wunderman Thompson for The Times of India.

The second round of Phire Esho, TOI’s award winning campaign, celebrated the intense Bengali urge to be back home for Pujo, by raising the heart-warming call, “Ma Aaschen. Tumi Kothae?” (Durga Ma is coming home. Where are you?) Especially calling out to every daughter of Kolkata, the real Devis, without whom, Durga Puja remained incomplete.

The campaign created by Wunderman Thompson is an evocative image of daughters getting off planes, trains and buses – every regular mode of transport, seemingly regular girls, but with Ma Durga’s ten arms forming behind her (with the arms of co-passengers behind her). Hitting the point home that in every daughter, resides the spitting image of Ma Durga, without whom there can be no Puja. This image and the rally cry of “Ma Aaschen. Tumi Kothae?” ran central to the campaign, activated across print, radio, digital and outdoor.

Print advertising rolled out in Kolkata and Outside Kolkata ignited the need to go back home to Kolkata among Bengalis across the country. For those not from Kolkata, it created intrigue as to what the whole deal was about. The ads had influencers and regular folks (Bongs and Non-Bongs alike) sharing on twitter, on blogs on Whatsapp. 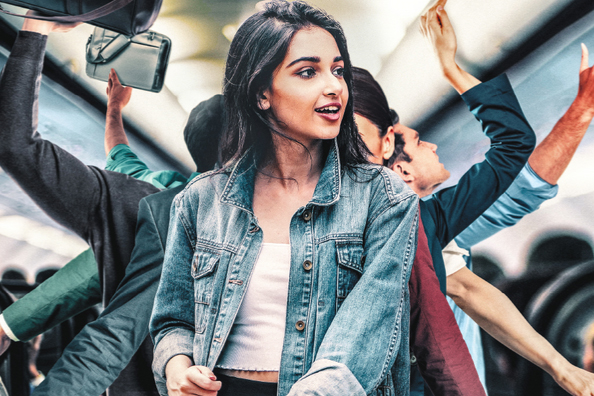 TOI invited readers to write letters to their daughters. Select letters were featured in TOI and were awarded tickets to come home. This enabled the homecoming of 15-year-old Sammohana, who flew home from Chennai to Kolkata for Durga Puja after 11 long years, her first time ever on an aircraft.

The emotional Phirey Esho film, about the anticipation of a daughter’s homecoming for Pujo, featuring notable dancer Tanusree Shankar,and actors Ritabhari Charaborty and Paoli Dam, drew many a tear and many a repost. The film, directed and edited by Pritha Chakraborty and with a background score by Prabuddha Banerjee, crossed 4.5 million views in less than a week from its launch, reaching more than 15 million people, recorded engagements of over 600000 from women from more than 20 different countries. Notable people from the city, RJ MiR, Anupam Roy, Riddhi Sen, Srijit Mukerji shared the film from their handles. 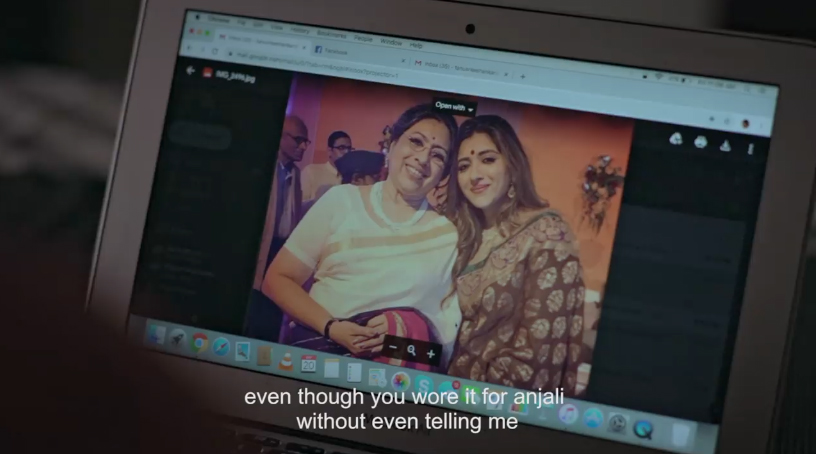 Every Bengali can smell Pujo coming in the air. A print innovation in The Times of India Kolkata on the morning of 24th September brought this Pujo feeling to every home and doorstep, with a newspaper, scented with Sandalwood with a Kashphool (a wild flower from the soil of Bengal whose blossoming signifies the arrival of Maa Durga) inserted within the sheets.

The heartstrings got no rest, the newspaper of the day further carried a letter from notable writer Shankar, to his daughter, to come home for the Puja.

Thousands of such letters flooded our pages, to complete Ma’s homecoming with the Homecoming of the city’s daughters. Harshavardhan Neotia of Bengal Ambuja wrote a letter to his sister and famous authors Mani Shankar and Shrishendu Mukhopadhay also penned their letters.

Times of India Brand Director Sanjeev Bhargava said, “While being India’s favorite newspaper for the best curated and validated news, TOI works hard to create a local connect with its readers in each city it serves. “Maa Aaschen Tumi Kothae, Phire Esho Kolkata” is created for Durga Puja to strengthen our connect with readers, especially women who are an important cohort for us.”

Joy Chauhan, SVP & Managing Partner, Wunderman Thompson said, “Phirey Esho to start with roused emotions in Kolkata by reviving pride in the city. This leg of the campaign revived the love. Not just because it comes from a fantastic insight; all good work does. But because in the context of women movements around the world, it’s a positive reminder of the power of women. Where better to start that movement but in the intellectual capital of India!”

Pinaki Bhattacharya, SVP & National Planning Director, Wunderman Thompson said, “Times of India is not just a newspaper; it’s a cultural brand. It’s a brand that has woven itself into the cultural fabric of its readers. The evocative Phirey Esho campaign further draws from the cultural cache of Durga Pujas. It brings alive the yearning of every Bengali – the ones who are in Kolkata want their loved ones to come back home and join in the celebrations and the ones who live away want to return home for the Pujas. And keeping in mind the significance of Durga Pujas- that it is Maa Durga in the daughter’s avatar who is visiting her paternal home- the brand urges all daughters who are living away from home to come back home during the Pujas.”