Wrapping up the National Coming Out month, a new film for the 2nd First Birthday campaign was launched in partnership with the LoveYourself Foundation, Cakeshop by Sonja, and Babaylanes Inc. (Lagablab).

The film starts with a girl studying herself in the mirror. Lines come out reflecting a baby’s first milestones as different scenes unfold: First time I opened my eyes, First smile, First time I held my head up, First crawl to First steps. We see her meeting someone she’s attracted to, and later on uttering her First words of her gender revelation to her parents. This is a story of being “reborn” or in Lady Gaga’s words the realization of being “born this way”.

The campaign inspires to accept oneself and aims to inspire a world where the LGBTQIA++ community can celebrate their true identities and remember it forever through a 2nd First Birthday. 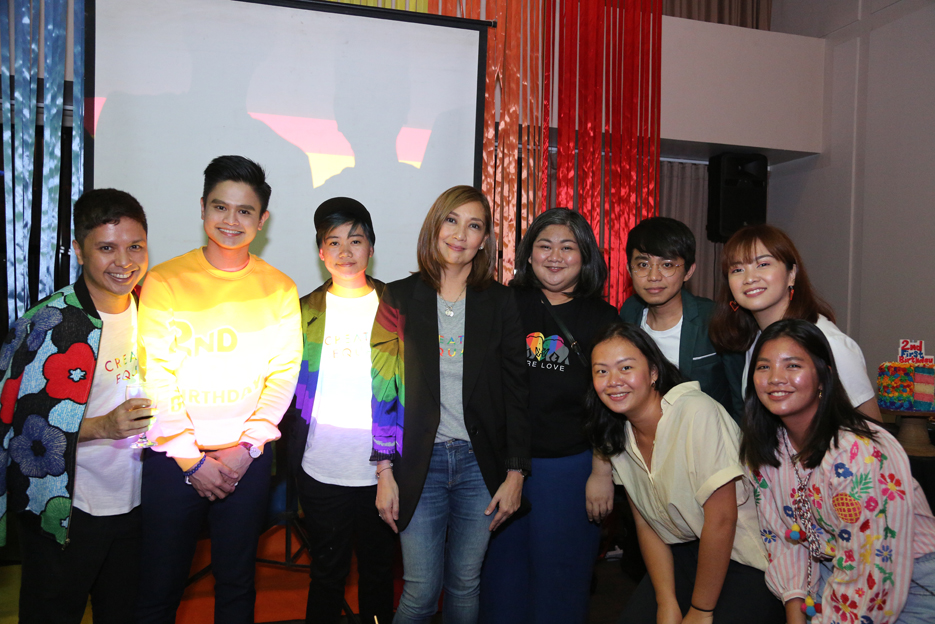 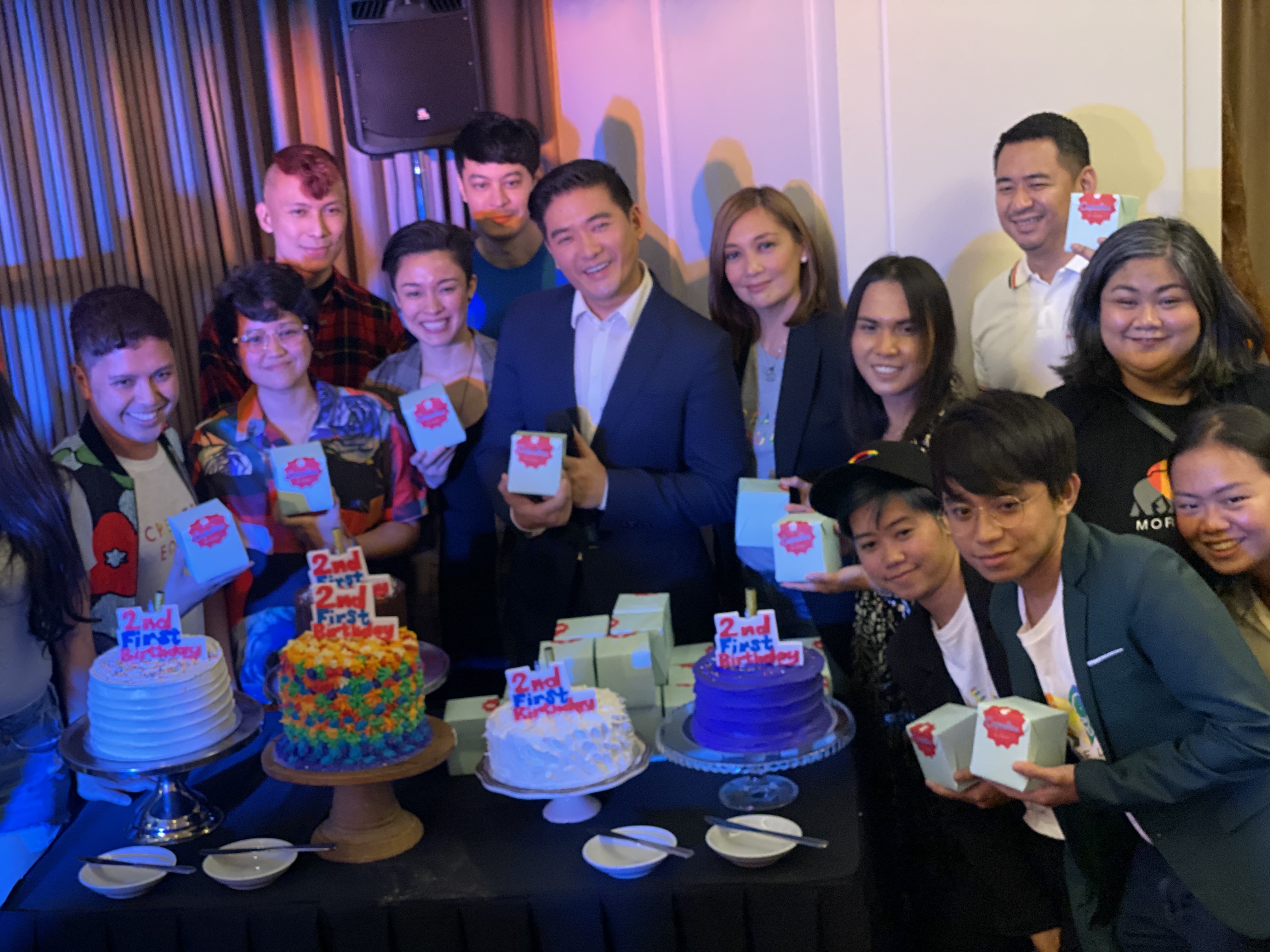 This is the second film created by Dentsu Jayme Syfu for the Coming Out month. The first one has aired on October 11 on the National Coming Out Day as a fun, celebratory vertical film.

The 2nd First Birthday idea started with a group of LGBTQIA++ and partner organizations who wanted to change the perception that the community was just tolerated and not actually accepted in the Philippines. This is a timely initiative in the light of the SOGIE (The Sexual Orientation and Gender Identity Expression) Bill or the Anti-Discrimination Bill (ADB) currently a proposed legislation of the Congress of the Philippines.

The film launched in a colorful “birthday party” in One Rockwell in Makati City. Popular celebrity Tim Yap welcomed everyone for ‘coming out’ and celebrating a night of acceptance and gender identity as a community. It was a happy but emotional night for the attendees: a mix of influencers, designers, artists, production groups and the press. Endless stories of 2nd First birthdays were shared.

Pete Tan of the LoveYourself Foundation gave a touching speech on the importance of embracing and nurturing one’s self-worth. LoveYourself is a community of volunteers that aim to reach out to others to propagate ideas, attitudes, and practices that encourage loving oneself and to take multi-layered action on the HIV epidemic. 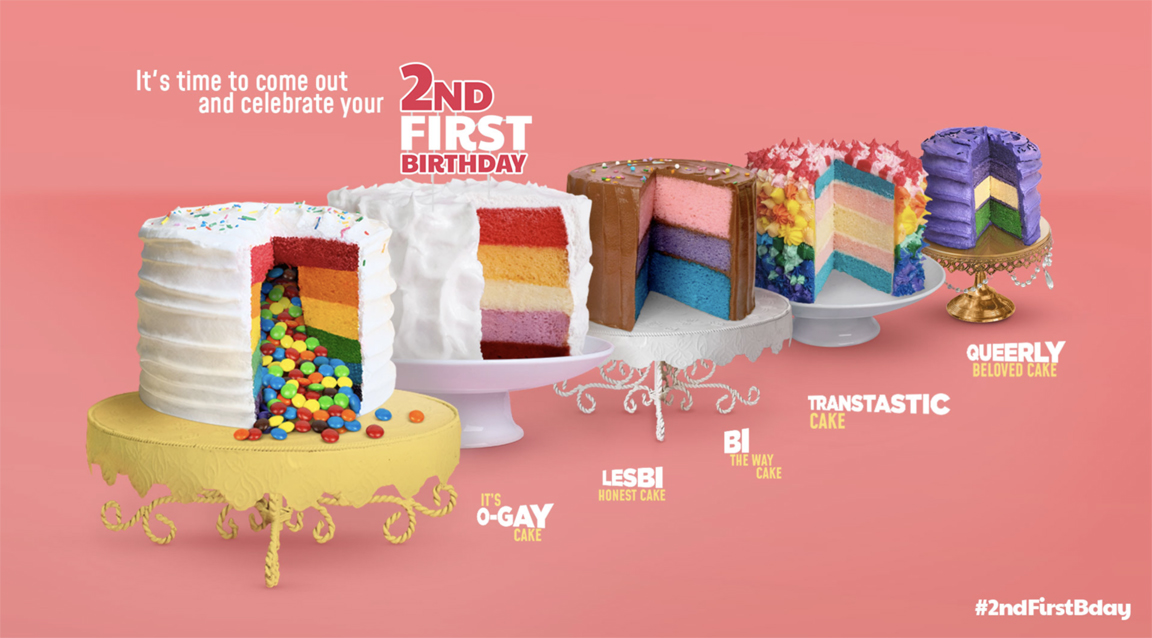 Babaylanes Inc. on the other hand, is the first and the only LGBTQIA++ education initiative focusing on developing the capacities of these communities in schools. This is to organize effectively, raise the awareness of LGBTQIA++ students, and foster a sense of solidarity and community. Its President, Percival Cendana shared the value of raising the level of consciousness about their rights and sexuality through the Anti-Discrimination Bill (ADB).

The beautiful cakes representing the different flags of the LGBTQIA++ community were exhibited and served. Sonja Ocampo, the founder and owner of the Cakeshop by Sonja thanked and invited everyone to get a taste of her colorful “O-gay” cakes and Pride-themed cupcakes, as the 2nd First birthday song was being played.

Since love always wins, it’s only right to celebrate.