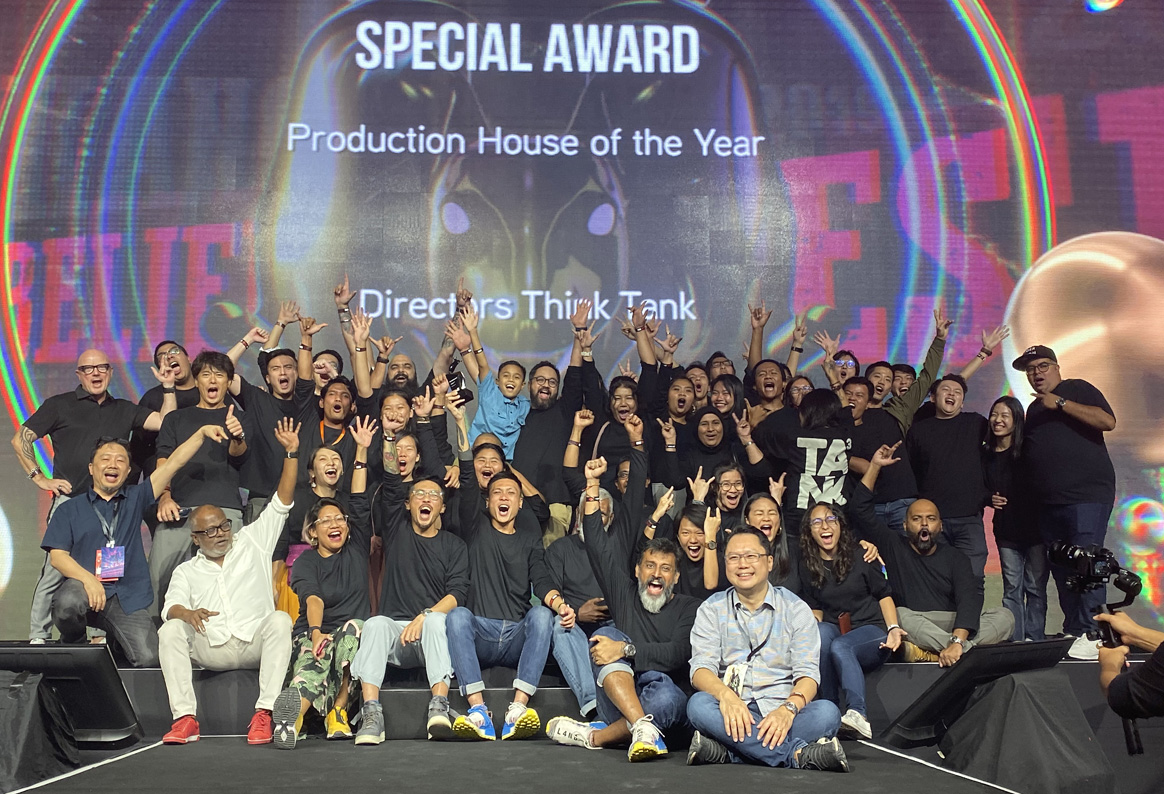 Repeating their memorable win last year, Directors Think Tank (DTT) has claimed the Production House of the Year Award at the recent Kancil 2019.

The award winning DTT continues to play an active role in shaping Malaysia’s production industry, having created some of the most memorable festive and brand films in the past few years for leading agencies and clients such as Maxis, Pantene, Toyota, KFC, Axiata, CIMB, Petronas, and many more.

Securing the trust of their agency and client partners has been a key driver to their success. “We challenge ourselves to look at different ways of telling a story, going beyond an expected linear approach to a narrative. We like to bring in our own unique perspective to an idea and see how this can grow with strong collaboration from both agency and clients. We want to thank our partners for trusting us to do this,” expressed Rajay Singh, Co-founder and Director at DTT.

With building trust and securing strong working relationships a key priority for the entire team, DTT sees their Kancil’s win as a reflection of not only excellence in creative craftsmanship, but also creating work that is effective for both their partners and consumers alike. To adapt to the more competitive market and restrictive budget, the team are constantly evolving their approach to filmmaking. “We never compromise on quality and we strive to inject freshness to the industry rather than copying the next big trend,” said Maurice Noone, Co-founder and Director at DTT.

On the importance of the award Noone continued, “We are grateful. This win will continue to build trust from our partners to allow us to always push boundaries and also attract new talents from the industry as well.” In addition to mentoring up and coming directors as part of Kancil 666 Young Directors Challenge, DTT has also expanded its roster to include regional and international directors.

The production house also picked up individual wins and merits in individual Kancil categories for Maxis Deria Takbir, Axiata’s Getaran Pertama, Pantene’s WanitaBesi, ProDiet’s The Hungry Bear, Xiao En’s Blink, KFC’s 11 Finger Lickin’ Good Goods, and Prudential’s Unsuay.This rounds up other awards from earlier this year including recognition at Adstars, Adfest, Spikes, and ranking #2 at Campaign Brief’s The Work 2019 as the only Malaysian production house on coveted the top 20 list.

2019 has also seen DTT venture into long format films, having produced its first film, PUSAKA, in collaboration with Astro Shaw and directed by Razaisyam Rashid. The supernatural themed film is out in cinemas this Halloween, 31 October 2019.