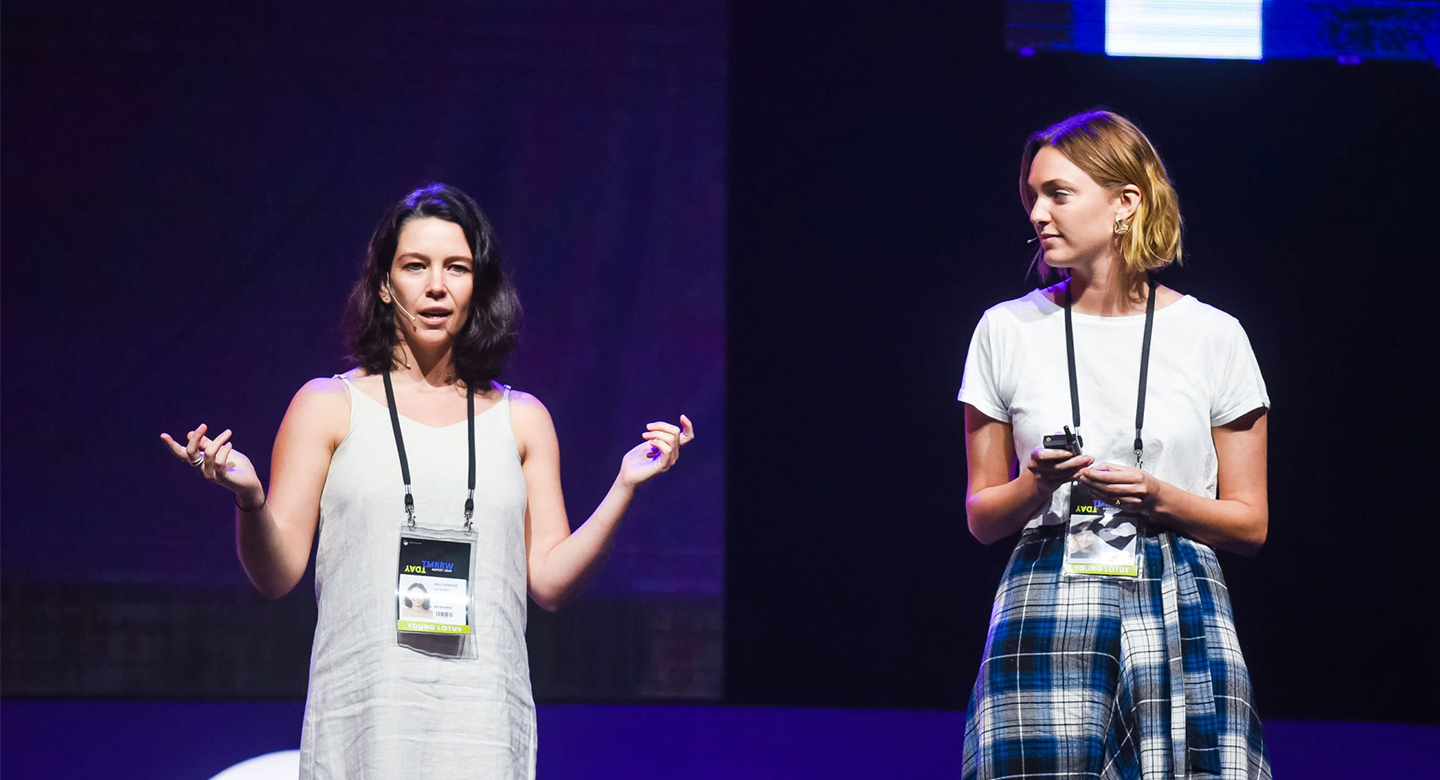 At AdFest 2019, copywriter Holly Burgess and art director Lucy Logan took part in the Young Lotus program for creatives aged under 30 – and won. Six months on, Burgess is freelancing in Amsterdam, while Logan remains at Leo Burnett Melbourne as an art director. The Young Lotus Workshop is one of the industry’s longest-running mentoring programs designed to give the next generation of advertising leaders hands-on, practical experience. Campaign Brief caught up with Holly & Lucy to find out about their win…

Q: You were this year’s top Young Lotus team, congrats! What did you learn from being involved in the program?

Holly: Thank you! We came back with some nice full brains. The speakers were brilliant and gave great insight into futureproofing ideas. These 24-hour brief competitions are their own kind of beast, with each one we learn lessons on making it through with our sanity intact. This time, making quick decisions and sleeping enough to avoid presenting like a bunch of zombies were key.

Lucy: Thanks! Actually crazy that it all happened this year, it feels like years already. It was an awesome experience and a great opportunity to work on a truly digital-first brief. The week was packed with workshops and talks, but the 24-hour brief taught us a lot – like how to ideate fast…in humidity. Quite the task.

How did you hear about the Young Lotus program, and what made you want to be part of it?

Holly: Luce heard about the competition in Campaign Brief, but it doesn’t always include a team from Australia. An opportunity to see the award show, have a crack at the competition, and in Thailand of all places, was a bit of a no-brainer.

Lucy: We’d never been to an award show, or competed overseas so we were super keen to be involved. And, you know, tropical Thailand was a pretty big drawcard too. 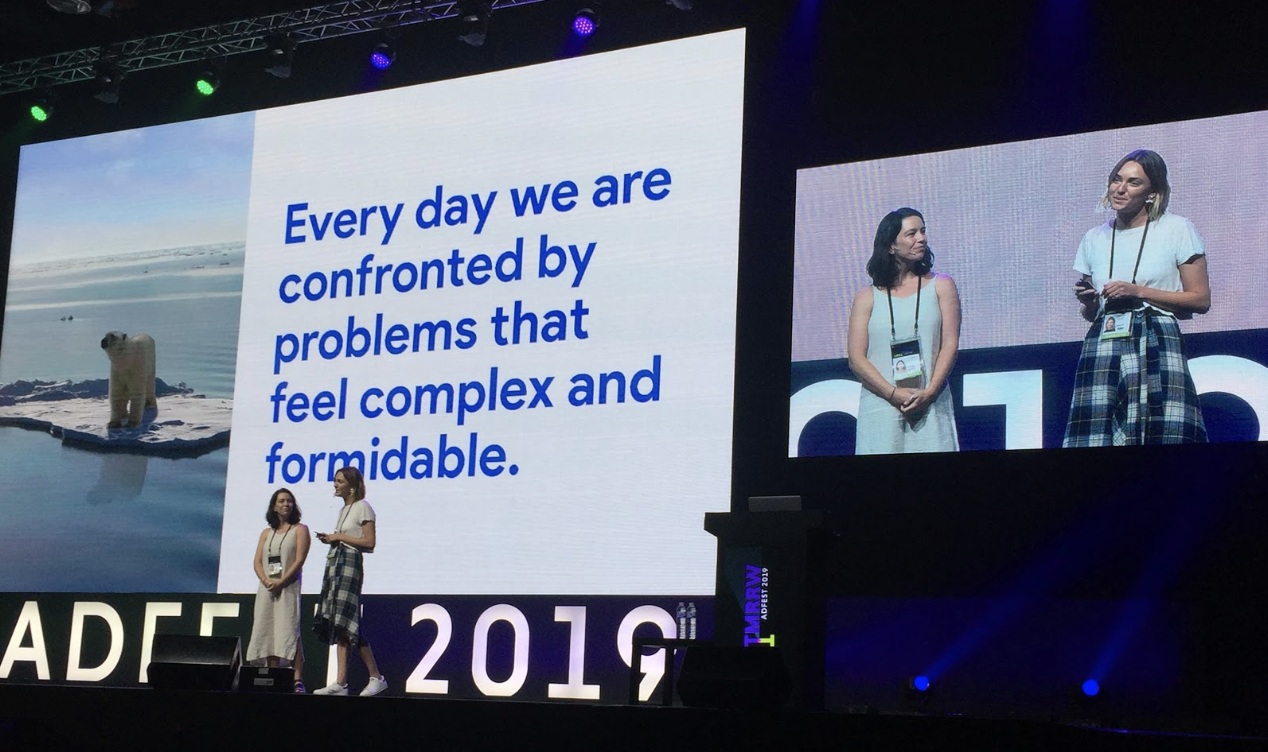 Mentors from MullenLowe gave you a brief to promote Google Home. What was your idea and why do you think it won?

Holly: Currently we ask Google Home to help with small tasks, which is seriously underestimating a magic box connected to the entire internet. We wanted to use Google’s amazing amount of data to answer the world’s big, complex, hard-to-answer universal questions that have the world worried. So, going from something like ‘What’s the weather’ to ‘How do I fix climate change?’ It’s entirely within Google Home’s current capabilities and could potentially change how we use virtual assistants.

Lucy: It was a pretty back-end heavy idea, but it was basically about taking big questions like “Hey Google, how do I solve climate change?” and breaking it down into actionable tasks to incorporate into your daily routine. Like reminding you to take your reusable bags to the shops. Or turning the lights off for you when you leave the home. Why did it win? That’s probably because we focused on human insight and human behaviour. We tapped into a pre-existing (and universal) concern, and made people feel like they could do something about it with Google Home. 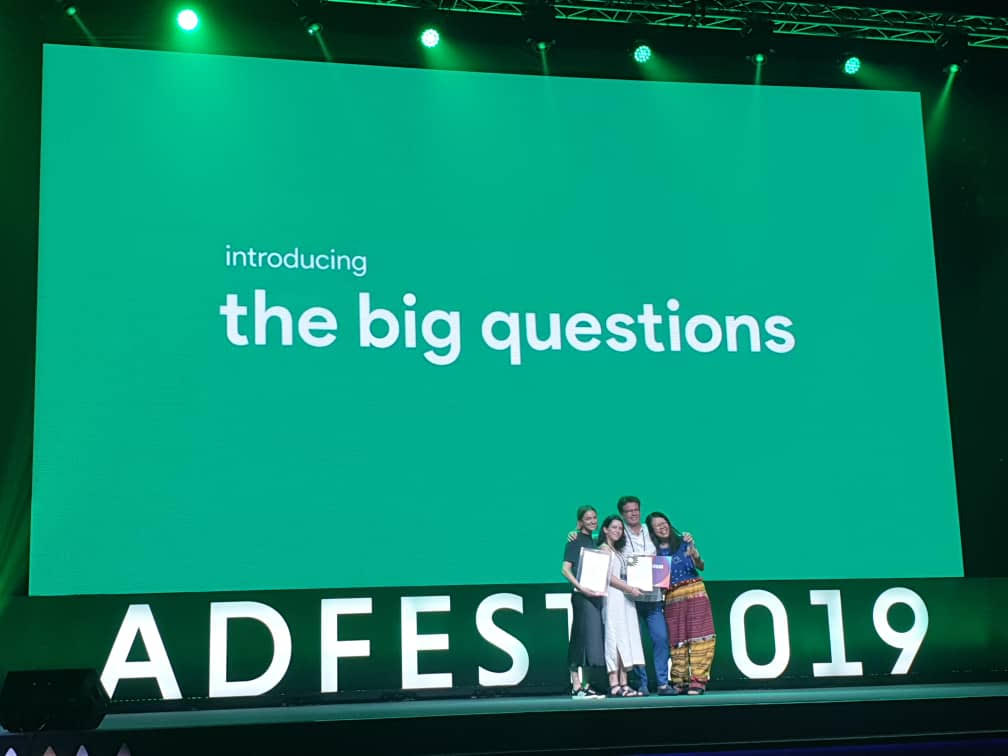 Any favourite memories of Thailand?

Holly: We met a lot of good people, so good times weren’t in short supply. But, my favourite would be after presenting our final idea to hundreds, shot full of adrenaline and the pressure off, we snuck away to have a mojito in the pool and breathe.

Lucy: Presenting our idea to hundreds of people with Holly is something I’ll definitely remember – it felt like a real Steve (Stephanie?) Jobs moment trying to figure out those groovy earpiece microphones. We were prettttty nervous, but all the other teams were super supportive and made it fun. Each morning we actually commuted with them from the hotel to the festival in the tray of a truck – that was particularly hilarious.

Holly – You left Leo Burnett this year to freelance in Amsterdam. How’s it going?

Holly: I’ve always wanted to live in Europe to explore more of it and this felt like as good a time as any. Freelance has been great for that freedom. It still blows my mind, but I’m actually being paid to write travel guides. I’ve finally had time to work on my very silly children’s book too, so I’d say it’s working out nicely.

What led you to Amsterdam & how does the city inspire you?

Holly: Amsterdam is a progressive city, so there’s a real sense of openness to doing things differently. There’s new ideas floating around everywhere and it seems to filter into everything. Tech and start-ups obviously, but even some of their government programs too. For a creative city, it’s also really laid back. Companies here are nailing flexible work environments in an authentic way I’ve not encountered before.

In Melbourne, you partnered with Lucy Logan at three different agencies. Why did you hit it off creatively? Is it strange to be flying solo now?

Holly: Luce is a great example of a human which made it easy. It also helps that we’re both not precious and try to approach work with a sense of humour. We’re great friends, which is ideal when you spend most of your waking hours together.

Yes – very strange. We had to have a plan in place for the withdrawals, ha. We still text all the time which helps. Thank you technology!

Lucy – you’ve been at Leo Burnett since 2016 working on brands like Bonds and Honda. What have you learnt in this time?

Lucy: Leo’s is full of really smart, insightful and creative people, but no one has a big head about it. I’ve definitely learnt that you don’t need to be a bulldog to succeed and that a good idea really can come from anywhere. I’m most proud of some of the early work we did for Bonds – Hot Town and Queendom specifically. It was great to be able to reinvigorate such an iconic brand that I’d grown up with. And fashion that doesn’t take itself too seriously was an area Holly and I were able to have a lot of fun with. I’ve also been lucky enough to create campaigns for other iconic Australian brands, like Connoisseur, and international brands like Honda and Twinings. Every brand has its own challenges but, when you’re surrounded by smart, creative and capable people, nothing’s too hard to handle.

How would you describe the creative culture in Melbourne?

Lucy: Melbourne has a pretty ambitious creative culture. So much so that a lot of amazing young talent end up on the other side of the world, killing it in huge international agencies (*crying face* Holly *crying face*). That being said, I’ve been tutoring Award School for the last couple of years, and I reckon Melbourne agencies have got some seriously smart, fresh, unjaded brains coming our way.

Seven years into your career, do you have any advice for junior creatives?

Holly: It’s probably more common sense than secret but – lose your ego as soon as you can, ask questions, be okay with being wrong (a lot). And don’t worry, it does get easier.

Lucy: Stay humble and be a good human – no one wants to work with a jerk. But don’t lose sight of your own ambition in the process.

To enquire about joining the Young Lotus 2020 program, contact YoungLotus@ADFEST.com.