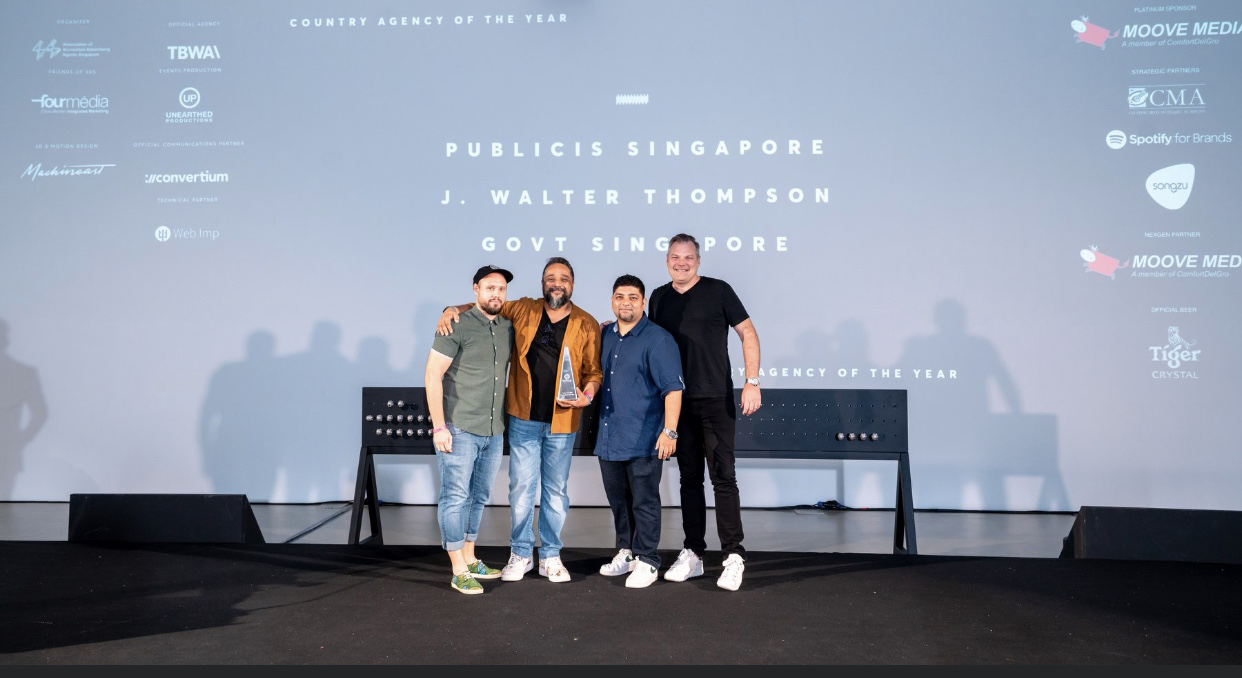 Spikes Asia, which was held in September, has announced their country agency of the year accolade for Singapore this week. Publicis Singapore edged out Wunderman Thompson and GOVT  Singapore.

Country Agency of the Year is a special award that is calculated on a point system and given to the Agency from an individual country that obtains the most points for winning and shortlisted entries in the Spikes Asia Awards. The Country Agency of the Year for Singapore this year has been awarded to Publicis Singapore, who received the coveted trophy at the Creative Circle Awards aka GONG Show at the NTU Centre for Contemporary Art Singapore last Friday.

The top three agencies have been announced as:

Joe Pullos, Festival Director, Spikes Asia said, “The Spikes Asia Awards are the definitive benchmark for creativity in APAC. Winning an Award at the Festival is a huge achievement, but to take the Country Agency of the Year title, is recognition of an agency’s creative excellence at a country-wide level. I would like to send a huge congratulations to Publicis Singapore for this highly commendable win.”

“We at Publicis Singapore are delighted and honoured to be named Country Agency of the Year for Singapore by Spikes, Asia’s premier awards show. It’s a recognition not just of the talent in the agency and our brave clients at P&G Vicks, but for the belief that contemporary brands have the responsibility to be both a force for growth and a force for good in the world,” said Ajay Thrivikraman, Chief Creative Officer, Publicis Singapore (pictured).

“Asian markets are unique in their diversity in culture, language and consumer appeal with the ideal being, of course, to achieve a balance between diversity and globalisation in Creativity and Marketing effectiveness. Singapore, albeit a small country and market, is in a good position to foster this balance through its relationship with regional shows like Spikes Asia,” said Bernard Chan, CEO, The 4As Limited, Cannes Lions Country Rep.

The Spikes Asia Winners Site hosted all the winners, including Special Awards, for 2019.